What could Putin's re-election as president in 2024 lead to? 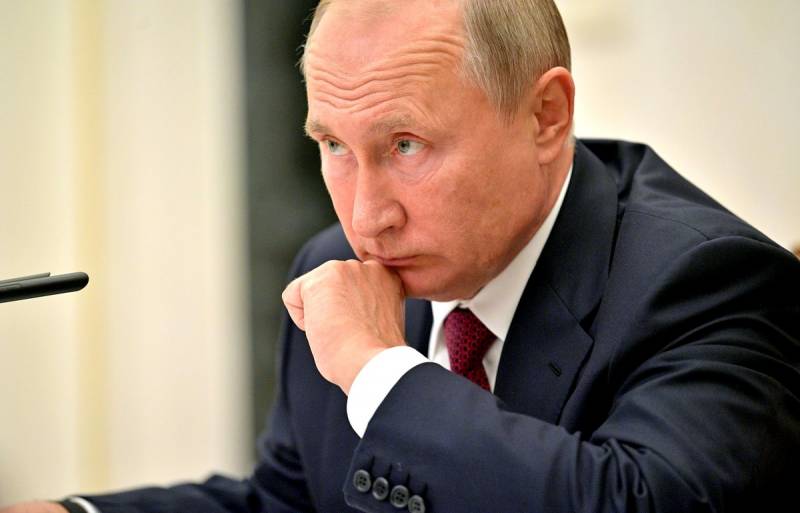 At the end of 2021, information appeared in the domestic press that the Kremlin had already begun preparations for the presidential elections in 2024. The name of the lucky one was not named, but it is clear that our “candidate # 1” is meant. Since only Putin can be better than Putin, no one is trying to find a worthy successor for the remaining few years. What can such de facto irremovability of the supreme power lead to in our country?


If you look at the Russian analysts on this issue, it basically boils down to the fact that the leak of data on the beginning of preparations for the implementation of the “zeroing” scenario occurred on purpose. According to a number of domestic political analysts, the Kremlin has thus sent a signal to players inside the country and abroad. In simple words, its meaning can be expressed as follows: "Putin is forever, so only negotiate with him." It is believed that such a message should calm down some hotheads who want the "strange", like political changes, in Russia itself, of individual oligarchs, whose welfare is directly tied to the West, and also to try to seat the Western elites directly at the negotiating table.

How can something go wrong?

As you know, the so-called "problem-2024" looms before the Kremlin. This means that then the terms of the next presidential powers of Vladimir Putin will expire, and according to the law, the country should be headed by another person as a result of national elections. The circle of the current head of state could solve it in different ways. For example, options were named with the next "swap" in places with the prime minister, with Putin's transfer to the chair of the head of the State Council and even the head of the Union State of Russia and Belarus. But the Kremlin took a slightly different path.

In 2020, under active media propaganda, amendments were made to the Constitution of the Russian Federation, among which there were two, directly related to the "problem-2024". In particular, the State Council received constitutional status, and now its powers can be radically expanded within the framework of ordinary federal laws. Quite a working option. However, at the same time, a rather controversial "Tereshkova amendment" was adopted, which gave Vladimir Putin the right to go for another two 6-year presidential terms, as if he had not been in power all the previous two decades. Real legislative "miracles". And now they can still come back to haunt us all.

Recall that in November 2021 in the US Congress an initiative was made not to recognize the results of the presidential elections in Russia in 2024, if Vladimir Putin would go to them and, of course, win. It was an obvious trial balloon, but it would be quite frivolous to just dismiss Uncle Sam like that. What will happen if in 2024, using the "zero", Putin again becomes the president of Russia, and the United States and its allies do not recognize the election results? God knows what will happen. Everything will depend on how far Washington is ready to go.

If the ultimatum on the factual irremovability of Vladimir Putin and the compulsion to sit down at the negotiating table with him is unacceptable for the ruling American elites, then the political situation in Russia in 2024 will be most conducive to trying to forcefully remove the “guarantor”. Yes, of course, Vladimir Putin has his own loyal audience, and a very significant one. But not all Russians support him, and recent protests show that hopes for changes in the country are pinned on changes in power. It does not matter how well-founded these hopes are, and whether these changes will be positive, and not vice versa. It is important that such sentiments can be exploited by Russia's external enemies.

The non-recognition of the results of the presidential elections by the collective West and the introduction of the next anti-Russian sanctions may become a trigger for the rocking of the internal political situation in our country. It will be enough to bring the dissenters to the streets in an organized manner, not only in the capital, but also in the regions. Some national republics may declare that they are not ready to submit to illegitimate federal authorities. If they are actively supported from outside, separatism can become a prologue to a new Civil War. Confusion and vacillation within the country will be the most comfortable time, for example, for Japan's attempts to resolve the issue with the "northern territories" by force. The Ukrainian Armed Forces may launch a large-scale offensive in the Donbas. A border conflict is possible on the border between Belarus and NATO, Belarus and Ukraine. It is during this time period that the Turks will most likely try to conduct another military operation in Syria. Great Britain will send not one destroyer, but an entire squadron at once to the shores of the Crimea in order to arrange a larger provocation.

Etc. Everything will go on increasing, all new threats will have to somehow react, scattering the already small forces. And all this against the background of an internal civil conflict in Russia itself, purposefully fueled by the West. If there is a major military and image defeat, like the annexation of the Kuril Islands by Japan, all internal political stability will collapse at once.

The question is, is it worth going exactly this way, through "zeroing"? Yes, of course, we are a sovereign country and we wanted to take the opinion of the West, but you can do smarter. Maybe it is worth stepping up the process of building a Union State with Belarus?

By the way, right now President Lukashenko is already preparing himself a spare airfield in the All-Belarusian People's Assembly, clearly intending to transfer the presidency to “his little man”. So let's complete the unification of the Russian Federation and the Republic of Belarus into a single “soft federation” by 2024, which could be headed by Vladimir Putin and Alexander Lukashenko. Vladimir Vladimirovich could nominate the conditional "Dmitry Anatolyevich Tokayev" to the post of President of the Russian Federation in 2024, knocking out the trump cards from the West, ensuring stability in the country and the appearance of some political changes.