How Russia is threatened by Finland's joining the North Atlantic Alliance 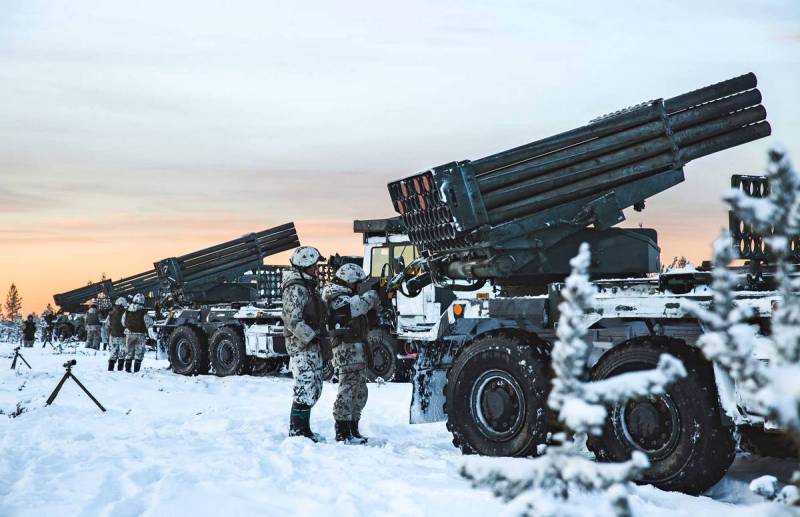 Having made the decision to purchase a large batch of American fifth-generation F-35A fighters, Helsinki unexpectedly, but quite expectedly, started talking about the possibility of joining the NATO bloc. What are the threats to Russia and our northern capital St. Petersburg from the joining of neighboring Finland to the North Atlantic Alliance?


The Finnish Prime Minister recently stated the following on the matter:

We retain the opportunity to apply for NATO membership. We must value this freedom of choice. <…> We show that we are learning from the past. We keep room to maneuver.
The possibility of joining NATO was also confirmed by the President of Finland. Seriously though, these conversations are a very bad signal. Despite the fact that most of the country's population is still opposed to joining the alliance, its elites seem to have matured. The change in the geopolitical status of our northern neighbor, which previously preferred to remain neutral and benefit from mutually beneficial cooperation with Moscow, poses a host of additional threats to Russia.

The fact is that Finland can create many problems "here and now", even without the deployment of NATO military infrastructure and military contingents on its territory. Let's see what Helsinki has at its disposal today, what it can get in the near future, and how these forces can be used against us.

At first, Finland has its own navy, which has a very remarkable composition. It includes 6 minelayers, 13 minesweepers, 8 missile boats serving as patrol ships, 2 landing craft and 12 auxiliary vessels. In other words, Helsinki relied not on a head-on collision with the enemy in the Baltic, but on the tactics of installing minefields, which the Finns can quickly remove quickly if necessary. Their fleet will soon be reinforced with 4 new Pohyanmaa-class corvettes. What does this mean in practice?

If you look at the map, you can see that the exit from St. Petersburg through the Gulf of Finland to the Baltic Sea on the one hand is closed by Estonia, on the other - by Finland. The topics of the possibility of blocking the path of ships of the Baltic Fleet of the Russian Federation with Estonian minefields, we have already concerned previously. If Helsinki also joins this game, things will go very badly for us. The former capital, the second most important city in Russia, will be locked up, and the sea route to Kaliningrad will be cut off.

Secondly, the risks in relation to St. Petersburg and the Kaliningrad region will sharply increase when Finland receives the fifth-generation F-35A fighters ordered from the United States. 64 aircraft, made according to technology stealth, will pose a very serious threat to both the northern capital and the Russian exclave, its air defense system and the Baltic Fleet based there. Finland has ordered a batch of 120 AGM-158 JASSM air-to-ground missiles, designed to engage critical, protected stationary and relocatable targets. By the way, F-35A fighters may well be used as carriers of nuclear weapons. Curious, against whom is Helsinki going to use all this extremely expensive technique?

Yes, in general, the Finns do not really hide that they are against Russia. The threat from American aircraft and cruise missiles to the entire northwest of our country will be absolutely real. A hypothetical nuclear airstrike from Finland on such a metropolis as St. Petersburg would be a colossal tragedy and an irreparable loss of the Russian people.

Thirdly, do not discount the Finnish army either. The armed forces of our northern neighbor are relatively small, but they are in very good shape, meeting all NATO standards. (What is it for?). For young Finns, serving in the army is considered an honor and desirable, as it allows them to build a better career in the future. Every year, over 30 thousand recruits leave to serve, and another 35 thousand reservists undergo professional retraining. The Finnish army is sharpened for territorial defense, but from the history of the Great Patriotic War, we remember how it was used to blockade Leningrad.

The presence of a well-trained, motivated foreign army near St. Petersburg will represent a source of constant tension for the RF Ministry of Defense. And we are talking only about the Navy, Air Force and Armed Forces of Finland itself, without considering how the United States and NATO can strengthen it.

Thus, Finland's entry into the North Atlantic Alliance is highly undesirable for Russia, and this event must be avoided by all possible means.
Reporterin Yandex News
Reporterin Yandex Zen
45 comments
Information
Dear reader, to leave comments on the publication, you must sign in.