"Success story": How the Baltic States switched to heating with Belarusian wood chips 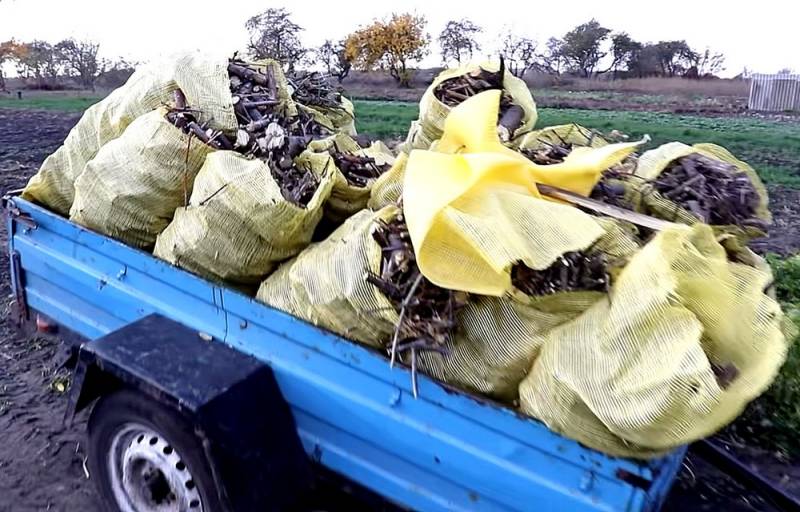 The “success story” of the Baltic states for 30 years of its independence evokes only a sad smile. The “Three Sisters” managed to destroy all the best from the Soviet legacy and take only the worst from the West. Ironically, today, following the path of achieving "carbon neutrality", Lithuania, Latvia and Estonia have practically returned to the energy system of the Middle Ages and are seriously afraid to really anger "Senor Lukashenko", who may deprive them of his Belarusian chips. And this is not a joke at all.


One of the most dubious and controversial achievements of the Green Revolution is the large-scale transition from the use of coal and gas to the so-called "biofuels", which refers to wood pellets and wood chips. Why is this questionable from an environmental point of view? Because the combustion of such a primeval fuel produces more harmful emissions into the atmosphere than, for example, gas. In winter, Riga simply cannot breathe from the microparticles of soot and dust generated during the mass operation of boilers and stoves using Belarusian chips. We will return to the Latvian capital in a little more detail. Another big problem is that for the production of pellets and wood chips, not only forestry waste is used (which is quite reasonable in itself), but also completely conditioned materials. This has become especially relevant now, during the energy crisis.

So what to do? The artificially created demand for "biofuels" forces people to cut wood for wood chips. So, instead of closing a part of its thermal power plants, Great Britain switched from coal to pellets and sawdust. They are going to do the same in Portugal, but local environmentalists opposed it there. To understand their fears, it is enough to look at what is happening in the Baltics. And there things are not in the best way.

Estonia, Latvia and Lithuania have set a goal to harmonize their energy system with the European one by 2025, and by 2030 to bring the share of renewable sources to 45%. However, Tallinn, Riga and Vilnius went their own way towards such an ambitious goal. Instead of investing in wind, solar or peaceful nuclear energy, they invested in the transition to the most ancient, primitive wood fuel, delicately in the spirit of the era called "biofuels". The plans of the Latvian energy company Rīgas siltums are to convert boilers in heating plants Imanta and Daugavgrīva to wood. After that, 50% of Riga's energy balance will be provided with wood chips. Energy Counselor of the Latvian Union of Local Governments Andris Akermanis comments on the situation as follows:

Local governments, which have switched to heating with wood chips in advance, hardly change their heat tariffs, and the majority - 74% ... Riga and some other cities are heated with gas - and there oh-oh-oh!
Also, private households throughout the Baltics are massively switching to heating with wood chips, which for some reason did not have time to switch, installing boilers and stoves operating on pellets. This measure is forced, since gas prices in Europe are now reaching astronomical values. Heating charges in neighboring houses can differ by multiples, if their boiler rooms use gas, and not "biofuel".

It may seem to someone that the Balts have outplayed everyone, having moved away from the "blue fuel" to the primitive in advance, and now, basking by the stoves, they spend less money than some Germans or Englishmen. Just think, the air over Riga in winter resembles London during the Industrial Revolution. Such nonsense. Probably, someone may even be flattering such a comparison. The problem is that, fighting against Russia with its natural gas, the Baltic states have become dependent on Belarus for its chips.

Yes, it sounds pretty funny, but that's exactly how it is. Seeing the growing demand for "biofuel" in neighboring Europe, Belarus began to actively explore the promising energy market. The Pushcha is large, forestry enterprises quickly mastered a new production for themselves and began to export fuel pellets to the EU countries. Supply volumes have grown rapidly in double digits over the past few years. The Baltics quickly and tightly got hooked on Belarusian chips. Now, against the backdrop of the energy crisis and political disagreements with the official Minsk, it made itself felt.

Normunds Talcis, the head of Rigas siltums, comments with concern about the rise in prices for wood fuel:

Chips are now available, but chip suppliers are breaking contracts and unable to deliver at the low price indicated in the contracts they entered into in July.
Even a warm sense of pride for the Belarusian brothers is manifested. Russia, it turns out, “enlightened” Europe “strangles” with gas, or rather, its absence, and Belarus of the Balts - with chips. Now the power engineers of the three independent republics are very afraid that “Senor Lukashenka” will not allow them to heat the stoves with their brushwood and illuminate their houses with a torch. Well, why not the Middle Ages?

Well it was necessary to voluntarily sink so low. It's a shame, comrades, for the Baltics, ashamed.
Ctrl Enter
Noticed oshЫbku Highlight text and press. Ctrl + Enter
We are
"Green" energy transition in China may cost Russia taiga
Peace enforcement operation. Russia inflicts a preemptive strike on Kiev
Reporterin Yandex News
Read Reporterin Google News
14 comments
Information
Dear reader, to leave comments on the publication, you must sign in.