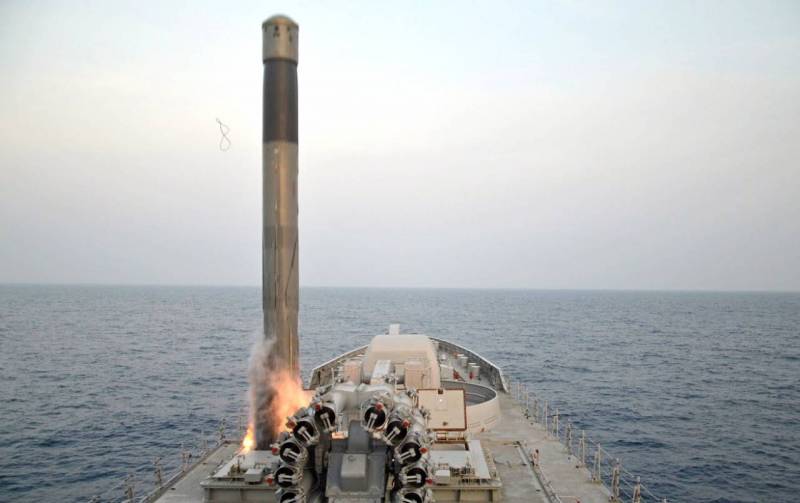 The recent fire on the corvette "Agile", when an almost built warship burned down right at the "Severnaya Verf", became one of the most inglorious pages in the history of our navy. This emergency reflected all the problems of the domestic shipbuilding - too extended terms, insufficient level equipment safety during work, etc. However, apparently, certain conclusions have been made, and the Russian Navy can now open a new, much more positive page for itself.


One of the most acute problems of the Russian navy is the acute shortage of large surface ships capable of operating in the distant sea and ocean zones. To somehow patch up this gap, it is necessary to send large anti-submarine ships of Project 1155 to deep modernization. The first was the Marshal Shaposhnikov BOD, the second in line was the Admiral Vinogradov. Soviet-built ships, which, on average, are already 40 years old, are equipped with modern missile strike and anti-aircraft systems, as well as anti-submarine systems, turning them into either frigates or destroyers. But age is age, it will not be possible to endlessly extend the life of the former BODs, because the fleet needs new ships.

Today, the main support and hope of Russia in the far sea zone is considered a multipurpose frigate of project 22350. With a full displacement of 5400 tons and a maximum speed of 29,5 knots, these warships will have vertical launch units carrying 32 Onyx and Caliber missiles "Or" Zircon ", 32 UVP anti-aircraft complex" Redut ", an artillery installation, anti-submarine and mine-torpedo weapons, as well as 1 anti-submarine helicopter Ka-27P or helicopter AWACS Ka-31. It is known about the order of the Ministry of Defense of the Russian Federation for 10 frigates of this type.

In addition, it is planned to create its version 22350M with a full displacement increased to 8000 tons. The maximum speed of the ship will grow to 30 knots, the ammunition load of attack missiles - up to 48 pieces, anti-aircraft missiles - up to 64 missiles. Instead of 1 helicopter, the "superfrigate" will carry 2. The cruising range will increase from 4500 miles to 6000, which will make the 22350M project the main "workhorse" of the Russian Navy in the far sea zone.

But all these plans had their own bottlenecks. In particular, it was puzzling why all orders for the construction of frigates of projects 22350 and 22350M, as well as in parallel with them for part of the corvettes 20380 (20385), were taken by Severnaya Verf. Practice has shown that the Amur Shipyard, which took on the second part of the order of the RF Ministry of Defense for corvettes, copes with it much better. For example, Turkish shipyards are far from the pace, of course, but the "Far Easterners" cope on average one and a half times faster than the "Petersburgers".

This in itself is rather strange, considering that Severnaya Verf is located in the very heart of a developed industrial cluster in Russia, and the Amur Shipbuilding Building is somewhere far away, in the outskirts. Taking into account the fact that Severnaya Verf was unable to save the corvette, which it had been building “one teaspoon a day” for 8 years, a lot of questions arise for its management.

We must assume that they have arisen not only among corrosive journalists and our discerning readers. From the Far East came a very positive news... Reportedly, the Amur shipyard received an order for the construction of a series of 6 ships of large displacement, namely frigates. Obviously, we can talk about the 22350 project, but it has not yet been specified whether this could be its 22350M version. First Deputy General Director of the Amur Shipyard Mikhail Borovsky explained that the company is preparing to sign an order for 6 frigates, which will require the modernization of the shipyard's slipways.

This news is really positive. The Amur plant has already shown in practice that it is capable of building warships quickly enough. The fire on the "Provorny" corvette, which exposed all the problems of the industry, inevitably led to the conclusion that it was necessary to diversify construction and distribute orders to several shipyards. It is not yet clear whether they are taking part of the orders for the 22350 series from the overloaded Severnaya Verf, or whether it is about the fact that project 22350M "superfrigates" will be immediately built in the Far East, which may be evidenced by the planned modernization of the boathouses. In the second case, it would be a very smart move. Working in parallel, the two shipyards will be able to quickly fill the acute shortage of large surface vessels in the Russian Navy.

By the way, the pace of restoration of the Russian navy could be accelerated even more if the Kaliningrad Yantar was also involved in the process. As we already celebrated, since 2022, its stocks will be released, and it will be possible to lay project 22350M "superfrigates" on them. Alternatively, at Yantar it is possible to revive the production of BOD project 1155.1M, which we will discuss in detail reasoned previously. In the modernized version, this improved anti-submarine ship, equipped with a modern power plant and weapons, actually turns into a real destroyer.

In terms of its tactical and technical characteristics, the "renovated" former BOD will significantly surpass both "Marshal Shaposhnikov" and "Admiral Vinogradov", becoming a strong "workhorse" of the Russian Navy in the oceanic zone. Built from scratch, the newly-minted destroyer will have great potential for further modernization, when it will be possible to supply it with a more advanced sea-based air defense system and modern anti-submarine helicopters "Lamprey".

Thus, by correctly distributing orders among several shipyards, Russia will be able to really significantly strengthen its surface fleet within 1-2 decades.
Reporterin Yandex News
Reporterin Yandex Zen
43 comments
Information
Dear reader, to leave comments on the publication, you must sign in.