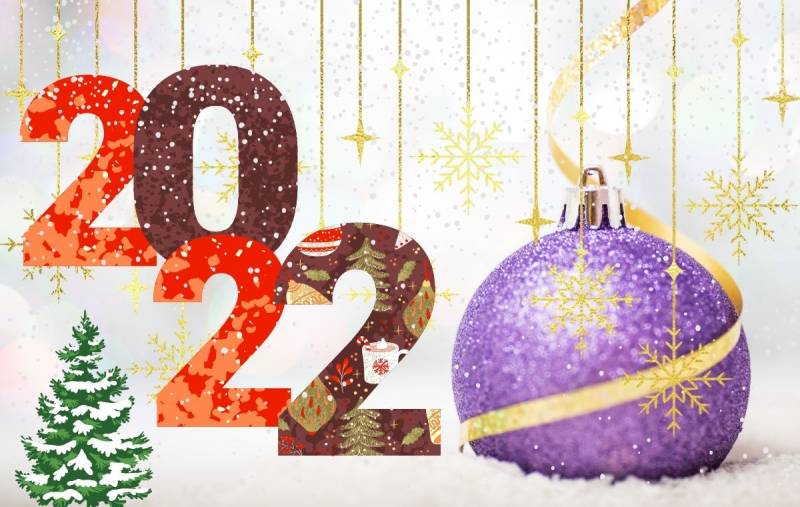 The staff of the "Reporter" publication wishes its readers a Happy New Year 2022!


Throughout the outgoing year, we have introduced you to the most resonant events, as well as the author's opinion on various militarypolitical, economic and socio-historical topics. And there were plenty of those.

The coronavirus pandemic continues to make adjustments in our life, which has brought a number of unexpected surprises over the past 12 months. The emergence of the Delta strain had an extremely negative impact on the epidemiological situation around the world. The infection did not bypass Russia, where anti-records in the number of deaths were recorded in the autumn months. According to experts, 2022 will be the year of Omicron, which we have yet to face.

The past year was also marked by a number of major political events. The world hegemon still shamefully fled Afghanistan, in fact transferring power to the Taliban terrorist movement (banned in the Russian Federation), with which he had been fighting an unsuccessful fight for 20 years. Washington's attention has shifted towards the European and Asia-Pacific regions - future points of tension between the United States and the emerging powers - Russia and China.

Kiev, which has been waging an undeclared but "heroic" war with its Eastern neighbor for 7 years now, in this sense is becoming a convenient tool for the Americans to put pressure on Moscow. Realizing this, as well as the possible consequences for the security of Russia, the Kremlin for the first time directly and harshly warned the collective West about the inadmissibility of Ukraine's admission to NATO. Otherwise, a comprehensive military-technical response will follow. In a sense, this is a turning point in relations between Western countries and Russia: either it will be possible to agree in an amicable way, which is unlikely, or the world will face a new arms race and further balancing on the brink of World War III.

According to the hysterical Western media, there is, however, not so long to wait. Already at the beginning of 2022, Russia will “unceremoniously invade Ukraine” and “capture all the eastern and southern regions of the“ square ”. The scenario, which has been drawn for almost seven years, is unlikely to take place, but an increase in tension in Donbass in the coming year is indeed very likely. According to forecasts, it is in 2022 that a major military provocation of Kiev against the unrecognized republics will be carried out, which will inevitably force Russia to intervene. This, in turn, will set a precedent for imposing dangerous sanctions against Moscow, including the freezing of the Nord Stream 2 energy project.

It is obvious that the world is undergoing serious political changes on a global scale, and the speed of these transformations is only increasing. It would be nice if all these negative predictions remained only on paper, but the hope for such a “happy end” is dwindling every day.

Dear readers, stay with us, and we, in turn, will try to please you with interesting, relevant and outstanding content.

Happy New Year to you!