Leaving to Stay: What Will Happen to the Union State after Lukashenka Leaves? 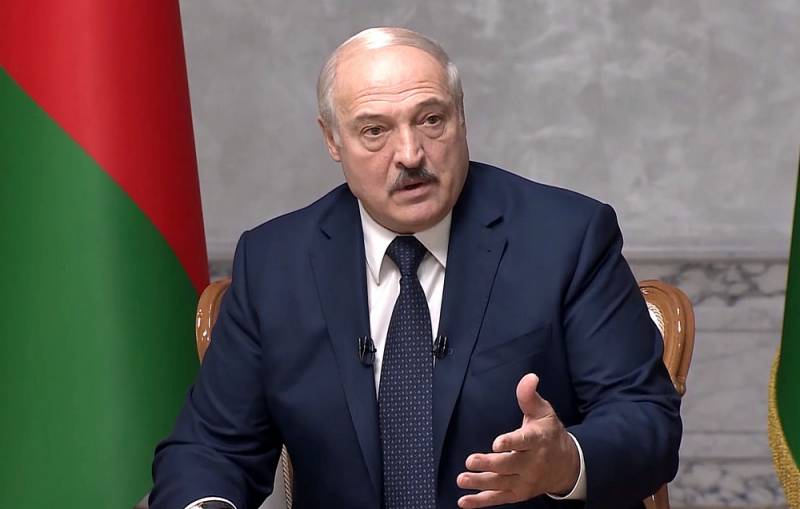 Possible future amendments to the Constitution of Belarus were published a few days ago. If they are adopted, the country will turn from a presidential to a parliamentary republic. The change in the form of government in Belarus can seriously affect the prospects for the formation of the Union State, both in a negative and a positive way. What gives us reason to believe so?


The constitutional reform was promised long ago and was a response to the massive protests staged by Belarusians in 2020 over their discontent with the protracted rule of President Lukashenko. Now, with a high degree of probability, we can conclude that Alexander Grigorievich is serving his last presidential term. However, he is clearly not going to leave the reins of government. Let's briefly list the main innovations that Belarus will soon expect.

At first, a limitation is introduced on holding the presidency by two terms, there are no Jesuit clauses about “two terms in a row” or “without regard to previous terms”. At the same time, the term of office is increased from 4 to 5 years. Thus, if the amendments to the Constitution are adopted, Alyaksandr Lukashenka will not be able to re-nominate himself and, as usual, defeat his rivals with a devastating score.

Secondly, a new representative body will appear in the country, which will take away some of the powers from the head of state and parliament, becoming the second most important state body after the president. It will have 1200 members, including representatives of the legislative, executive and judicial branches, as well as civil society. The All-Belarusian People's Assembly will be elected for 5 years and hold meetings at least once a year. It will receive very broad control and supervisory powers: the head of the government will have to report to him, the VNS will be able to appoint judges of the Supreme and Constitutional Courts, the CEC, and will also have the right to remove from the post of the President of the country in case he commits high treason or other serious crime.

The president will retain the right to impose a state of emergency, for example, in the event of riots or riots. In the event of the death of the head of state by a violent death, a state of emergency is also introduced in the country, and his powers will be transferred to the Security Council, which will be headed by the speaker of the upper house of the Belarusian parliament.

Thirdly, the outgoing president will receive full judicial immunity for any acts committed in office. At the same time, he automatically becomes a member of the ANS, if he does not express a different desire.

It is quite obvious that Alexander Grigorievich is preparing this structure for himself. President Lukashenko will be able to become the head of the All-Belarusian People's Assembly literally immediately after speaking in force of the amendments. To maintain control over the country after the end of his current powers, it will be enough for him to nominate a confidant as a successor to the post of head of state, as well as his own person to the post of speaker of the upper house. Thus, the era of the endless presidency of Alexander Grigorievich is coming to an end, but we do not say goodbye to him. Is this good or bad?

It depends on how you look at it. Let's take a look at other interesting amendments to the Basic Law of the Republic of Belarus.

On the one hand, it says that Belarus is no longer a neutral and nuclear-free state, and the union of a man and a woman is recognized as a marriage. The need to preserve the historical truth about the people's feat in the Great Patriotic War is spelled out. These are clear signals of loyalty towards Moscow with its "braces". True, it says exactly about the feat of the “Belarusian people”, and not the “Soviet” or “fraternal Belarusian, Russian and Ukrainian peoples”. Well, okay, this is the Basic Law of Belarus, they know better there who to write about in it.

On the other hand, there is one interesting wording in the amendments that supplements Art. 18 of the Constitution of the Republic of Belarus:

The Republic of Belarus excludes military aggression from its territory against other states.
What exactly does this mean? That Belarus itself will not attack anyone? It is commendable. And if its territory has to be used to fulfill the allied duty within the framework of the CSTO?

But what if from Belarus the Russian troops still have to break through the so-called Suwalki corridor to the isolated Kaliningrad region? That is, according to the Constitution, such violent actions against sovereign Lithuania are already unacceptable?

I would like for us to somehow decipher these provisions. Otherwise, in Russia, they naively believe that at any moment we will pass through Belarus through the Baltic states by land to our exclave, but, hey, in Minsk they may think differently.

There is one more "narrow" point. The events of last year showed that a significant part of the population of Belarus is not only anti-Lukashenka, but also pro-Western. The local elites are not at all interested in real integration with Russia within the framework of the Union State, since they will objectively have to “move” in front of the near-Kremlin oligarchs. The only real obstacle before Minsk's turn towards Europe is the figure of President Lukashenko, who broke all plates with the West and did not shake hands.

But what if he really officially leaves his post and becomes "just" the head of the VNS, with a bunch of supervisory powers and immunity? Then the chair of the President of Belarus will be taken by another person, behind whom there is no train of scandals, and the West will again be able to extend its hand to Minsk. But does Moscow need to start playing the hateful "multi-vector" game again? Or political Maneuver "Batka" - is it the result of an agreement with the Kremlin, and everything is "on the ointment"?