Five mistakes that Russia should not make in Ukraine 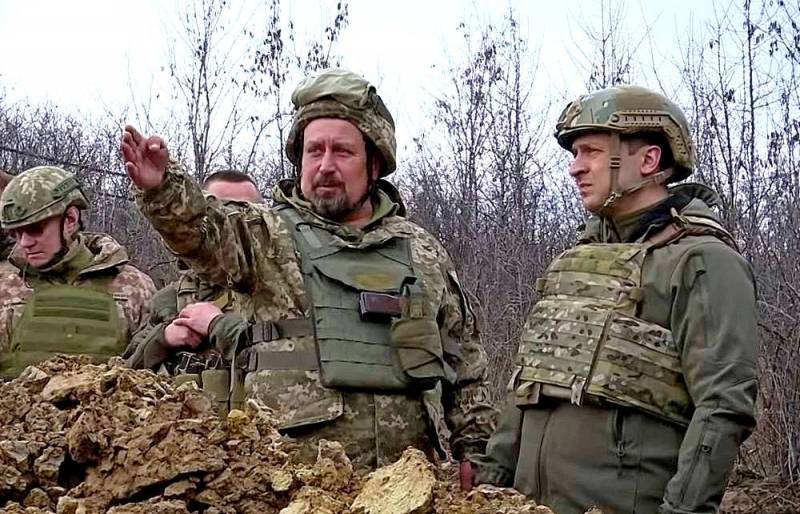 With the New Year approaching, the mass psychosis regarding the "Russian invasion of Ukraine" has subsided somewhat. True, in Kiev itself they still continue to play the fool - sometimes they try to put women under arms, then suddenly they accept it as an “urgent” government decree on limiting the movement of citizens “in wartime”. It is clear that at the international level, passions have subsided on the eve of the US-Russian negotiations on security guarantees, which were supposedly scheduled for January 10, one of the main among which is, in fact, the demilitarization of the “non-existent” one. At least - a complete refusal of the "Western partners" from military and militarytechnical replenishment of Kiev, as well as the final closure of the issue regarding its entry into NATO.


Be that as it may, but for people of sane, pragmatic and not inclined to see this world through rose-colored glasses, it is quite obvious that even with the most successful course and completion of these negotiations, nothing will end there. The maximum that can be counted on is the cessation of too obvious, demonstrative support for "non-leveraged" support from Washington and its European allies. However, in the seven years that have passed since the fateful 2014, the situation has gone so far that it, in fact, will not help anything. After all, the embittered, outraged and, moreover, impoverished to the limit territory, which, contrary to Vladimir Vladimirovich's statements, is not “turning into anti-Russia,” but has long since become it to the fullest extent, will not go anywhere. The existence of the quasi-state entity that Ukraine has become does not and cannot have any other meaning. And if so, then you will still have to radically resolve the issue with her. The only question is - how exactly is this to be done and how not to break the wood at the same time?

I will try to briefly outline my own vision of those critical mistakes that can be committed in the process of resolving this problem. At the same time, in many respects, I will build on the thoughts expressed earlier on our resource by my highly respected colleagues. Plato is my friend, but ... So, what absolutely should NOT be done:

1. It will resolve itself

I'll start with a thesis that I have already voiced many times. The worst thing that can be thought of in the current situation (which, however, took shape back in 2014) is to wait until “everything will work out by itself” in Ukraine. Place any hopes on the next elections (presidential or parliamentary), on "victory in the Ukrainian society of healthy forces", or on a spontaneous revolt, in the course of which a people driven to complete devastation will sweep away the current regime. Any chances of winning in any electoral race political parties and movements that do not raise “patriotism” (but, in fact, the most rabid nationalism and Russophobia), do not have the slightest in the current “non-profit”. Apparently, they will not have a chance of existence in the very near future - the fate of Viktor Medvedchuk is proof of that.

In addition, any politician who has grasped the real power there, very quickly turns into a clone of the "serpentine hetman", or even a worsened copy of it. The current monstrous clown is the best example. There are no others, and they are not expected. From the word "absolutely". The "healthy forces" in the country are driven into the deepest kitchen-Internet underground, and the only thing they can do is swear at Zelensky and others in Tik-Tok. Any hunger (cold, tariff, mobilization) revolt will be immediately "saddled" by nationalists and used by them to come to power. Everything will only get worse, and at times.

This variation is based on ideas that it would not be a bad idea to use Viktor Fedorovich, who had a lot of food on Russian grub in Rostov, for his intended purpose. That is, to return him to the chair of the President of Ukraine, from where he was thrown out really rudely and completely illegally. Lawyers call this "an attempt with unsuitable means." Yanukovych has already proved once that he is just as suitable for the role of head of state as the well-known substance for making armor-piercing bullets. At the same time, we have the following paradox: yes, a huge number of residents of the “nezalezhnoy” dream (some secretly and some openly) that “everything will return, as under Yanukovych”. However, in this case, we are talking exclusively about peace, stability, the dollar at 8 hryvnias (now - 27) and the like. If we talk about a specific person, then one part of the Ukrainians - the witnesses of the sect of the "revolution of hate" hate him as a "wicked detective." Others - those for whom the damn "Maidan" became a catastrophe that ruined their lives, have exactly the same "warm" feelings for the president - but as for a traitor, a coward and a scoundrel who threw the whole country and them personally to be torn apart by the Maidan gang. ... The same can be said for most of the characters around him. The only exception can be considered only Mykola Azarov - this one really left a memory in himself, as a talented manager and a decent person. Yes, and he did not surrender the country - Yanukovych himself surrendered earlier. There can be no question of any kind of "restoration" in Ukraine (as an option - in the Donbass). Everything will have to start from scratch.

"Why do we need all of Ukraine!" Take the East, South ... And let the rest go to hell, and live as he wants. Maybe Poles with Hungarians and Romanians will pick it up. And no - it is not necessary. Appeals of this kind are regularly encountered under articles on the "Ukrainian question", and reading them one is simply amazed. Move the border of the conventional "anti-Russia" a hundred or two kilometers to the West and calm down on that? Is the Georgian lesson still unlearned for many? No, it's either all or nothing. You shouldn't even start if two-thirds or at least half of the Ukrainian territory remains under the rule of post-Maidan geeks. With one exception, the western regions should certainly be rejected. As long as they are part of any state format that will emerge in the place of the current "non-existent", trouble cannot be avoided.

The poison oozing from there will continue to poison the entire body, and spending time and resources on complete “pacification” and enlightenment of these territories would be not just a big, but a huge mistake. Especially considering that even Stalin and Beria did not manage to rip out the roots of Bandera and burn out its snake nests to the ground, who were not at all constrained in the means and methods of establishing order. However, everything that does not belong to the region, which the Ukrainians themselves call "westernism", should be under a single management and control. Why do we have a new Yugoslavia at our side of the model of the end of the past - the beginning of this century? This will not add stability and tranquility to anyone - first of all, based on some specific features of the Ukrainian mentality.

4. "Everything will be Donbass!"

The other extreme, into which those who undertake to reflect on the arrangement of Ukraine freed from the Maidan-Neobander scum, sometimes fall, is transferring it under almost total control to the “Donetsk-Luhansk cadres”. That is, to representatives of the LPR and DPR. In truth, it is difficult to think of a better way to ignite a new round of civil war in the country than following such ideas. It must be said that just the increased (and sometimes excessive) number of representatives of these regions in the government during the times of Yanukovych was extremely effectively used by his opponents to mobilize people for the "Maidan". It came to stuffing like "reliable information" regarding the upcoming transfer of the capital to Donetsk - and people believed! At the same time, a huge number of Donetsk and Luhansk residents sent to “fortify” certain regions did an excellent job with their official duties, were professionals and excellent people. But - "strangers" ...

In most cases, this was forgotten - over time. However, trying to do something similar in the current situation would be an extremely short-sighted decision, utterly impossible, moreover, similar to a banal settling of scores. In any case, the effect will be extremely negative. And, besides, the presence in the DPR and LPR of a number of managers of various levels who are able to effectively provide the whole of Ukraine with really qualified management personnel in all spheres raises very big doubts.

In fact, normal people who are not infected with the viruses of Russophobia, stupid admiration for the West, who do not want to be its slaves and who understand their community with the Russian people and the state, are everywhere. They just need to be found. The biggest mistake would have been made if Russia, having provided assistance to the fraternal people in liberation from the Maidan-Bandera occupation, would have left them, in fact, in the same realities, replacing only the ruling elite. This would only mean the beginning of a new round in the creation of the next "anti-Russia". By and large, the country does not need another president or parliament, but a complete "restart", "reboot". And here you need to start with the process of denazification and, if you will, "de-Maidanization", which should have exactly the same scale as in Germany in 1945. And the depth is perhaps even greater. Under a complete ban (like Nazi, misanthropic and criminal) should be not only Bandera, Petliura, UNR and other similar ideologies and symbols. The coup d'etat of 2014 must be recognized as criminal, and all its participants, without exception, must be subject to criminal prosecution, or, at least, to unconditional disqualification.

This applies to the participants in the ATO and JOS, which are acts of genocide and aggression, to the same extent. All punishers from the "volunteer battalions", as well as the "volunteers" who fed them, should be in the dock. Regular servicemen need to be dealt with in detail - specifically with each one, assessing their actions during the conflict. Every resident of the country should be responsible for his position, which he has adhered to over the past 7 years, and, accordingly, receive what he deserves in accordance with it.

Let us, finally, be frank and objective - Ukraine cannot be anything but anti-Russia by definition. The "super task" in resolving the issue with it can consist exclusively in the return to this beautiful land of the status of Little Russia. For those who do not want to live with such, it is worth leaving Galicia, the western regions, solemnly giving them the status of "true Ukraine", which they have been striving for so long and persistently. With all her loans, liabilities and other "rich dowry". Then it will be possible to consider that everything was resolved in the best possible way and completely just.
Reporterin Yandex News
Reporterin Yandex Zen
22 comments
Information
Dear reader, to leave comments on the publication, you must sign in.