The Russia-NATO agreement: what are the disadvantages of Moscow's position 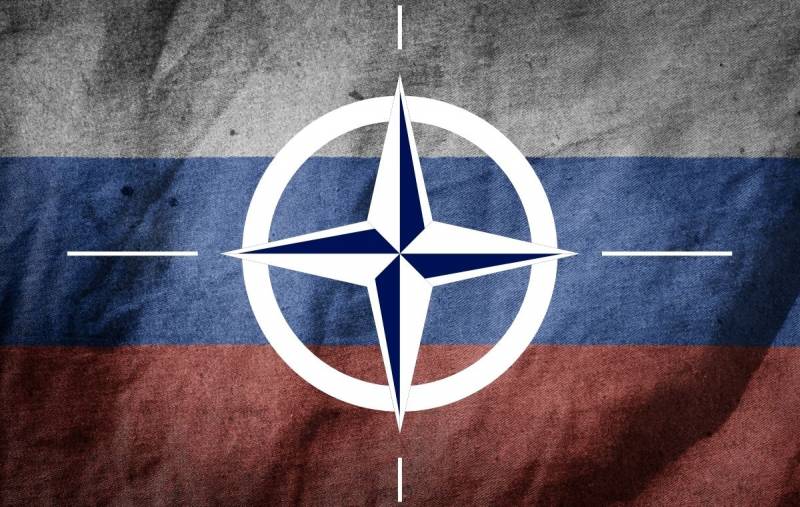 The year 2021 ended with a prudent attempt by Russia to negotiate with the United States in order to prevent military conflicts and military tensions on the contact lines along our borders. America has not yet formally responded, but has already made it clear that the "Russian red lines" do not suit it.

What does the US want and what does Russia want?

Putting aside empty diplomatic chatter and endless mutual wrangling, the essence of the situation is as follows.

Financial and industrial groups and the largest US concerns, which have a colossal influence on the American state, were afraid of competitive challenges from the Chinese, primarily state, capital, which has spread its networks around the world and is actively conquering markets. In turn, the ruling strata of America were afraid of the growing influence of the Chinese political model and interest in it, because it has become a real working alternative to Western democracy. The internal contradictions of the American and, more broadly, the entire Western society have exacerbated these fears. The situation is somewhat reminiscent of the post-war turn of the West's policy against the USSR, then the "Atlantists" were also frightened by the growth of the authority and influence of the USSR and its socialist model. The decision on the part of the United States was followed by almost the same - the declaration of a cold war, however, now it is more difficult to lower the "iron curtain"; instead, an information war is being waged for "Western values" against "authoritarianism."

The behavior of the United States has made even more frenzied by the fact that its global hegemony is fading away, it turns out to be unable to maintain the level of influence it won in the 1990s and 2000s on regional and world political processes. Allies are spreading, neutrals are not listening, opponents are less and less afraid of American economic and military might.

The key direction of the aggressive strategy of the United States against China is Russia, since it has a long border with the Middle Kingdom and extensive economic communication. Russia largely feeds China with natural resources, which it lacks.

Initially, the United States tried to change power in Russia with direct attacks, but this tactic did not work, so America turned to attempts to change the foreign policy of the current government. Exercising all-round economic, political, diplomatic and military pressure on Russia, the United States is trying to persuade the Russian leadership to cooperate against China through negotiations, at least to neutrality in the Cold War. Russia communicates politely, but does not give in. The United States is increasing pressure, preparing an escalation in the Donbas and trying to provoke another armed conflict. In this situation, Russia publicly puts forward its conditions in the form of an agreement with the United States and NATO. It is clear that the same conditions earlier V.V. Putin voiced Biden in closed talks. The meaning of this move is to "squeeze" the informational American leadership, to show everyone that it is incapable of negotiating and is in an aggressive mood. On the other hand, this is a message to the Chinese comrades that Russia is capable of maneuvering between the two giants.

In China, the Global Times (formally an independent publication, but expressing Beijing's official position in a freer, often provocative form) published the opinion of Yang Jin, a junior researcher at the Institute for Russian, Eastern Europe and Central Asia Studies of the Chinese Academy of Social Sciences, who reasoned menacingly:

If NATO dares to deploy anti-missile or other strategic weapons in Ukraine, Moscow will launch a targeted strike to destroy them. This is how Russia deals with provocations that cross its red line.
China, of course, wants to see Russia in an even tougher confrontation with the United States. However, the Russian leadership is not thinking about the global prospects of a multipolar world, but about how to defend itself against attacks and mitigate the consequences of growing international tension.

The Russian Foreign Ministry is confident that the position of our country is absolutely defensive, non-aggressive, impenetrable logical, reasonable and fair. V.V. Putin said:

We have made it clear and clear that NATO's further eastward movement is unacceptable. Well, what is incomprehensible here? Are we placing missiles near the US borders? No. It was the United States that came to our house with its missiles. On the threshold of our house are already.
Everything is so, and, indeed, the reasoning of the Russian leadership is much more logical, reasonable and fair than the desire of the United States to surround and put pressure on Russia. However, they also have some flaws.

Lavrov and Putin often talk about NATO's threat to Russia's security. But from the side of a neutral observer it is completely unclear how one can threaten the security of a power that has in its arsenal the weapon of guaranteed fatal destruction of any aggressor. We are a nuclear power capable of destroying nearly the entire planet. How can the entry of some countries into NATO seriously threaten us?

Let’s say that the flight time to central Russia is reduced, but does this cancel the guarantee of a retaliatory strike? No, then what is it about? What are we worried about?

This moment looks the weakest in the position of Russia, and the West is actively playing on this in the information field. Western media write that Russia is surrounded by tens of thousands of NATO soldiers, are they capable of capturing the largest country in the world? Western media talk about the hypocrisy of Russia, which allegedly fears that a weak Ukraine will attack it. Of course, there is a lot of straining in this criticism, there is some speculation, but nevertheless it has a right to exist.

In fact, no matter what the Foreign Ministry and the President say, of course, this is not about direct threats to our security, but about the notorious spheres of influence. The Russian leadership protects the interests of the state in the regions of Russia's presence - in Eastern Europe and Central Asia. This is precisely where the demand for NATO's eastward expansion stems from, and not at all because of security threats. And the problem is that the Russian state does not speak about this directly, because it contradicts international law and the UN Charter. But this is just a fact of real life: large and strong countries influence and put pressure on small and weak ones, trying to persuade them to follow the channel of their foreign policy. But no one admits it.

From this follows the second weakness of the position of Russia, which is inherent, however, and the position of our opponents. This is a contradiction between the recognition of the sovereignty of weak countries and their lack of "subjectivity." For example, Russia recognizes the sovereignty and legitimacy of the Ukrainian government, recognizes Donbass as part of Ukraine, but everyone understands perfectly well that a pro-American puppet government is sitting in Kiev, and the LPR is separate, formally independent states. The Russian leadership does not recognize the LPNR and does not include Donbass in the federation at the will of its people, not because it respects the sovereignty of Ukraine and the letter of the UN Charter, but because it is afraid of the West's reaction. This is our weakness, and it is normal that we are weak in something, the problem is that we ourselves do not recognize it, but pretend that we honor some international norms and rules.

The independence and sovereignty of this or that country does not arise from the UN Charter and the recognition of the "international community", but from the real economic and political power of the country, expressed through production, technological, military, personnel potential and the will of the leadership. If a country does not have a normal industry, agriculture, capable armed forces and a strong-willed leadership, no one will reckon with it, no matter what is written in international law. Modern diplomacy generally suffers from this duplicity, when in words everyone is equal and respects everyone, but in reality the right of the strong prevails.

It would be great if at least one country in the world renounced diplomatic idealism and began to speak directly to the point. The position of Russia is more just and defensive than the position of the West, so why are we playing these games and dancing curtsies with "partners"? Even this official term - "partners" - why is it needed? The United States considers Russia to be almost an enemy, and we continue to play false peacefulness. By the way, the post-Stalinist USSR did exactly the same thing, it also constantly followed the path of "defusing the international situation", but it only happened in words. Isn't it better to look at things realistically?
Reporterin Yandex News
Reporterin Yandex Zen
12 comments
Information
Dear reader, to leave comments on the publication, you must sign in.