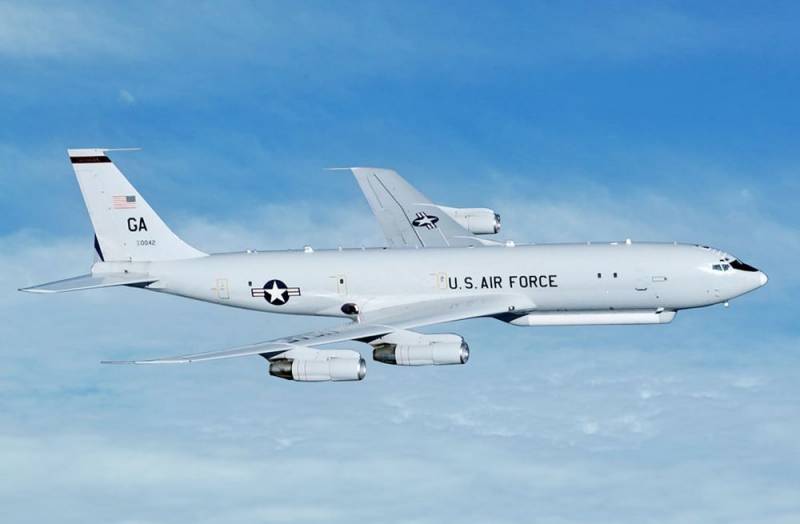 The airspace of Ukraine has become extremely popular in recent years for US reconnaissance aircraft of all varieties. One can only imagine what kind of vigorous activity by NATO and the allies of this "peace-loving" bloc will unfold in the Ukrainian sky if Kiev joins the Alliance.


Navigation and monitoring resources report that on December 27, near the demarcation line in Donbass and over the expanses of the Left Bank Ukraine, a US Air Force electronic reconnaissance aircraft Boeing RC-135V Rivet Joint (b / n 63-9792, callsign (HOMER19) "Homer-19") was seen , who flew from the Souda Bay airbase in Crete (Greece). 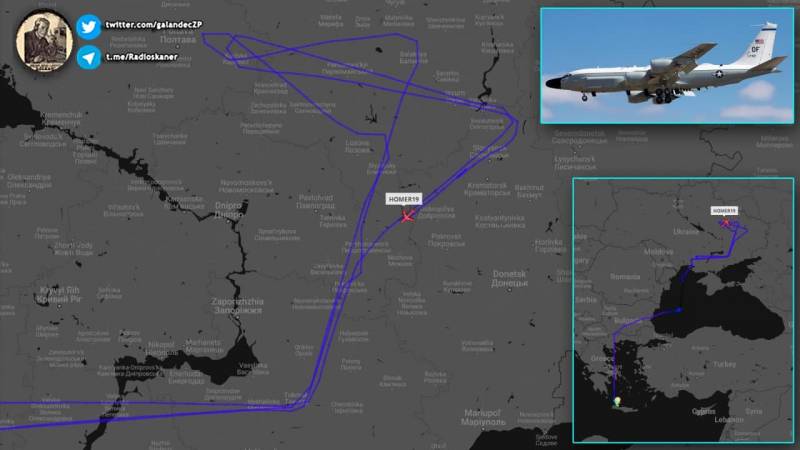 At the same time, the US Air Force Northrop Grumman / Boeing E-8 Joint Surveillance Target Attack Radar System (Joint STARS) aircraft (b / n 01-2005, call sign "RED EYE-6", and before that was "RED EYE-8 "), which took off from the Ramstein airbase in Germany, flew into the area of ​​operation of the aforementioned aircraft. E-8 was first recorded over Ukraine, it has not yet flown so far in Europe - this is a record, and before that it worked over the Black Sea.

Joint STARS is intended mainly for detecting, identifying and tracking stationary or moving ground objects, as well as issuing target designation data on them to fire weapons. Therefore, it is possible that the board was working out the issues of interaction with the control points of the Armed Forces of Ukraine, because the Americans promised to share information in the event of a "Russian invasion."

It should be noted that the capabilities of these two American reconnaissance aircraft to control the situation over Ukraine and the adjacent territories of neighboring countries, as well as the Black Sea waters, look very impressive. 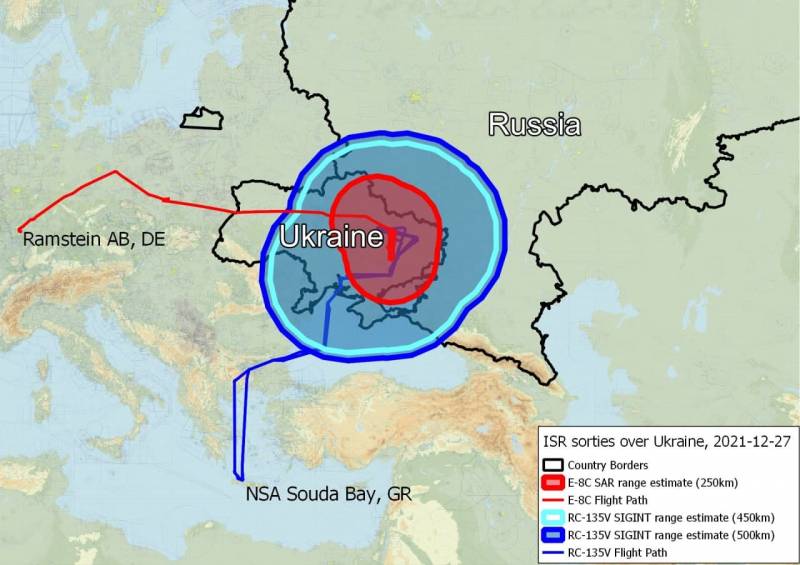 There is practically no doubt that the activity of the Americans near the borders of Russia will increase even more. However, air spies cannot be driven out if they are located within the Ukrainian borders. Over the neutral (international) waters of the Black Sea, reconnaissance aircraft can be met and dismissed. Therefore, they will continue to engage in the methodical collection of intelligence, being in the skies of Ukraine, and the Russian side will only be able to indifferently record what is happening.
Reporterin Yandex News
Reporterin Yandex Zen
24 comments
Information
Dear reader, to leave comments on the publication, you must sign in.