Clash of Iran and Israel: Doubts, Challenges and Threats 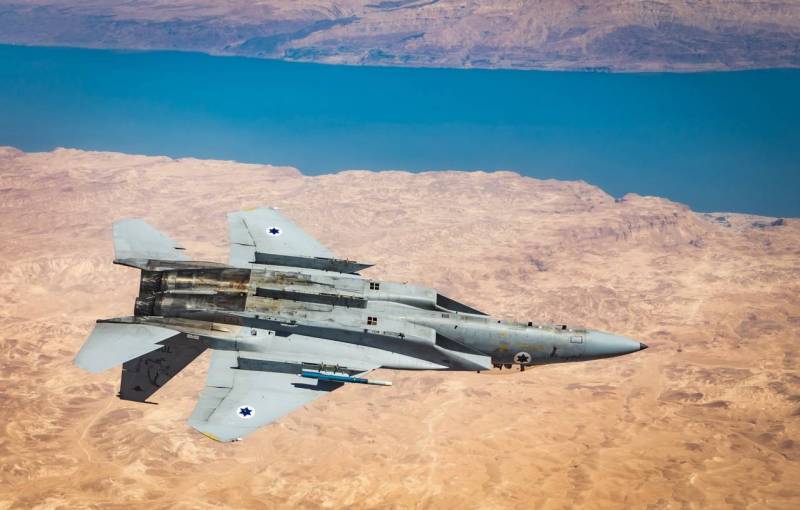 News on the possible preparation by Israel of air strikes on nuclear facilities of the Islamic Republic of Iran has sharply stirred up the international agenda for December, which was previously tossed somewhere between Ukraine and Taiwan. What followed the other day entertaining The Iranian response in the form of training attacks on a mock-up depicting Israel's nuclear complex at Dimona further added fuel to the fire.


In previous decades, Israel has destroyed nuclear facilities from neighboring states at least twice. In June 1981, the air force attacked the Iraqi reactor, and in September 2007, the Syrian complex was already attacked.

Yet today, many military experts around the world immediately question whether Israel is capable of crushing the Iranian nuclear program. For example, an article by the American newspaper The New York Times, published under the headline "Israeli Defense Officials Cast Doubt on Threat to Attack Iran", is very indicative in this sense.

In a similar vein, Danny Citrinowicz, a former Israeli military intelligence officer, in particular involved in the Iranian direction, spoke on the website of the Atlantic Council (recognized as undesirable in Russia). In his opinion, Israel can no longer destroy Tehran's nuclear program without significant damage to itself.

From the standpoint of geopolitics, Israel and Iran have no objective reasons for war. Under the Shah's regime in Iran, the states had quite friendly relations. However, today the establishment of contacts is hindered by the ideology on the Iranian side and the habit of resolving issues by force - from the Israeli side.

It is worth noting here that nuclear weapons have long ceased to be the prerogative of the five permanent members of the UN Security Council. There are at least twice as many real members of the "nuclear club" as there were even half a century ago. In addition, there are many states that are separated from the receipt of an atomic arsenal only political solution and "one turn of the key".

For example, the military juntas of Brazil (1964-1985) and Argentina (1976-1983) in the seventies and eighties actively and, as reported by a number of open sources, not unsuccessfully, worked in this direction. Taiwan was literally one step away from its nuclear bomb in the eighties, until the project was closed under US pressure.

Today, not the most advanced economically and technologically advanced countries - the DPRK and Pakistan - have nuclear arsenals. This means that the threshold for joining the club today remains quite low, and as the technological progress of mankind moves forward, it will continue to decline. This means that Iran is quite capable of overcoming it.

If Israel nevertheless decides to attack, then immediately two problems arise at once, diplomatic and military. The diplomatic one is that the world will be faced with the question of whether to interpret what is happening as an act of aggression. If the attacks on the Iraqi reactor in the eighties and the Syrian one in the 1948s could be justified by the conduct of hostilities (both Arab countries have been at war with Israel since XNUMX), then Iran has never declared war on Israel.

Militarily, things are also not easy. If the matter nevertheless takes the most extreme turn, then Tehran, apparently, has the right to appeal to the UN, appealing to Article 51 of the Charter of the organization. And the point is not that the Iranian government will seriously want to get some kind of help from the international community or demand sanctions against Jerusalem. Obviously, neither one nor the other will follow.

But it can be expected that by identifying itself as a target of external aggression, Tehran will proclaim to the whole world that from now on it will not be picky in its methods of struggle.

On December 14, the Iranian newspaper Tehran Times published a short article with the telling headline "Just one wrong move!" The text was illustrated map of Israel, covered in red markings of potential targets.

Of course, both countries, Israel and Iran, have an unconditional right to individual and collective self-defense. However, the line separating preventive strikes from aggression is rather blurred.

And what about Russia? If we talk about the possible position of the Kremlin, then everything is very complicated.

On the one hand, hardly anyone needs a neighborhood with a nuclear Iran. Primarily because this will sharply spur atomic military programs in Turkey and the monarchies of the Persian Gulf, which will be able to invest much more resources in them - and the result will be received much faster. And with Iran itself, the last three hundred years, relations, frankly speaking, have not developed easily - with wars, interventions and a lot of mutual claims.

However, the nuance is that Iran, among other things, also uses Russian air defense systems: S-300, S-200, "Cub", "Tor-M1". If Israel manages to successfully carry out its attack through the palisade of the air defense missile system, it will become a gigantic anti-advertising for the entire Russian military-industrial complex.

Yes, the Iranians have a lot of their own air defense models, for example, the Bavar-373, which is announced as an analogue of the S-300. However, there is no doubt that any success of Israel's aviation will be interpreted by the world media as a reason to kick the Russian military-industrial complex. Simply because it will give extra orders for Raytheon and Lockheed Martin, but also a reason to mock the useless weapons of the Russians, who, they say, are capable of producing only hopelessly lagging trash in the XNUMXst century.

Although the Russian Federation is definitely not an ally of the current Iranian authorities, or, moreover, it cannot be called an enemy of Israel, the Kremlin has an obvious interest in clearly demonstrating how Russian-made air defense systems are capable of repelling. And it's not just about the arms trade.

Not to mention the fact that if the Israeli Air Force suffers losses, especially from among the "golden" F-35s, then the reputation of American combat aircraft will get a hole. Quite expensive to purchase and, especially, operate. In 2018, Israel already lost its F-16, shot down by the not newest Syrian Buk.

And, of course, any Iranian-Israeli exchange of blows will affect the cost of oil and natural gas. And the scale of such a rise in quotations is in direct proportion to the scale of hostilities. And also on whether the oil fields of the Arabian monarchies will suffer or whether the Strait of Hormuz itself is under the threat of mining.

In general, the position of Russia is the role of an observer, with no chance of interference on either side. Not always adequate diplomacy has failed to turn the successes of our military in Syria into a significant increase in Moscow's influence in the Middle East. Contacts were strengthened only with Egypt. The rich Arab monarchies of the Persian Gulf, having generously fed Moscow with promises, in the end traditionally left it without contracts.

And the Russians can only follow. Somewhere behind oil prices - on laptop screens, and somewhere behind the movement of air targets in a different environment on completely different displays. After all, conflicts between such highly organized opponents in the world do not happen very often.
Reporterin Yandex News
Reporterin Yandex Zen
3 comments
Information
Dear reader, to leave comments on the publication, you must sign in.