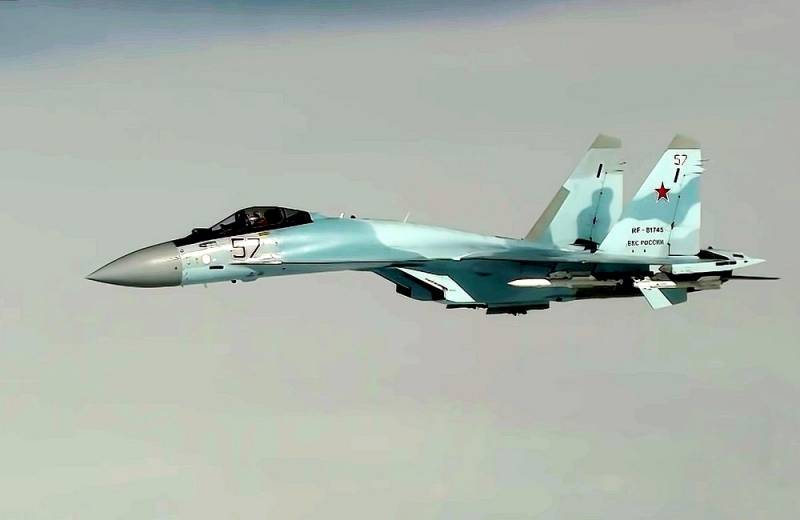 One of the most unpleasant News the last few days is that the contract for the supply of Russian fighters of the 4 ++ Su-35 generation to Indonesia was thwarted. For several years Moscow tried to persuade Jakarta by making unheard-of concessions, but the deal never materialized under strong pressure from Washington. Indonesia was far from the first in the list of countries to renounce Russian weapons for purely political reasons. Does the domestic military-industrial complex have a future in foreign markets, and where, instead of the southern archipelago, can our Su-35 fly?


First, a few words must be said about the plane itself. This is a multipurpose super-maneuverable fighter with a controlled thrust vector, equipped with two AL-41F-1S turbojet engines. It occupies a transitional niche between the Su-27 and the promising fifth-generation fighter Su-57. Today it is the main tactical-level combat vehicle in the Russian Aerospace Forces along with the Su-30. In Russian aviation, the aircraft is indexed Su-35S. How did he interest Indonesia?

Price-quality ratio, since domestic technique, as a rule, costs the buyer less than an American or European one, but with comparable tactical and technical characteristics. Beijing, Cairo and Jakarta have already expressed their desire to acquire the fighter. With the Chinese, everything has been clear for a long time: first they will disassemble it to a screw, then reassemble it and do something very similar. Poorer and less technically advanced Indonesia can only dream of such a thing. The purchase of a Su-35 link was a good deal for the island state, especially since Moscow even agreed to take part of the amount “in kind” - with palm oil, apparently so that the “milk rivers” in Russian stores did not dry out. It may not be so bad that the deal fell through. This is on the basis of black humor, of course.

In fact, the United States prevented the domestic military-industrial complex from gaining a new sales market. It is reported that Washington has threatened Jakarta with problems in accessing its products to the American market. For a poor country, this turned out to be an unacceptable loss, and the choice was not made in our favor. Under the pretext of a "budget deficit", Indonesia abandoned the Su-35 in favor of French and American fighters. This was stated by the Chief of Staff of the Indonesian Air Force, Air Chief Marshal Fajar Praseto:

As I said at the very beginning, the development of aviation really depends on the budget, and if it does not allow, then we will not continue these negotiations, now our goal is Rafale.
At the moment, it is known that, in addition to the French Rafale, Jakarta may acquire the American F-15EX Eagle II. It is not known when Western-made fighters became "more budgetary" than Russian ones, but the trend, as they say, is alarming. Earlier, for the purchase of the Su-35 and the S-400 air defense system, China fell under US sanctions. Also, Washington persistently discouraged Egypt from purchasing these fighters, expressing "concern". Under pressure from the White House, Kuwait and the Philippines have already abandoned the purchase of Russian weapons. An attempt to put pressure on the abandonment of the S-400 air defense system also turned out to be on India. Turkey was excluded from the American F-35 program due to the acquisition of "Favorites".

As you can see, the circle of potential clients of the domestic military-industrial complex is gradually narrowing. Only big players like China or India, as well as Turkey with its neo-Ottoman ambition, can afford to stand their ground. The rest have to abandon the purchase in order to avoid big trouble. So to whom can Russia sell the Su-35 instead of Indonesia? Who can compensate for the loss of some important export markets? The answer suggests itself.

Iran. This country is conducting an independent external policies and will not respond to shouts and threats from Washington. Rather, the opposite is true.

Tehran is in dire need of updating its air force, which is made up of motley outdated aircraft models, in order to be able to effectively counter Israeli and American aircraft. Modern fighters are needed for air cover for the actions of the Iranian military and their "proxies" in Syria, as well as for protecting the borders of the Islamic Republic itself from the so-called "preemptive strike" of the IDF on its nuclear facilities.

Recall that for many years Iran was subject to a regime of international sanctions for the sale of modern weapons to it. However, the embargo has already ended on October 18, 2020. According to the Iranian Tasnim News Agency, citing its own sources, Tehran is showing increased interest in Russian Su-30, Su-35 and MiG-35 aircraft, as well as Mi-28N and K-52 helicopters. The Persians are especially interested in the fifth generation Su-57 fighters. With the latter, Tehran, of course, will have to wait, but the Su-35 and Su-30 could well be sold.

The Israeli Air Force will not feel so at ease in the skies over Syria if super-maneuverable Su-35 fighters with Iranian pilots operate there. In this matter, the interests of Russia and the Islamic Republic coincide. Iran is a large, rich market for Russian weapons that will not be in awe of US disaffection.
Reporterin Yandex News
Reporterin Yandex Zen
17 comments
Information
Dear reader, to leave comments on the publication, you must sign in.