The US can arrange the EU "Great Depression-2", but it can end it at once 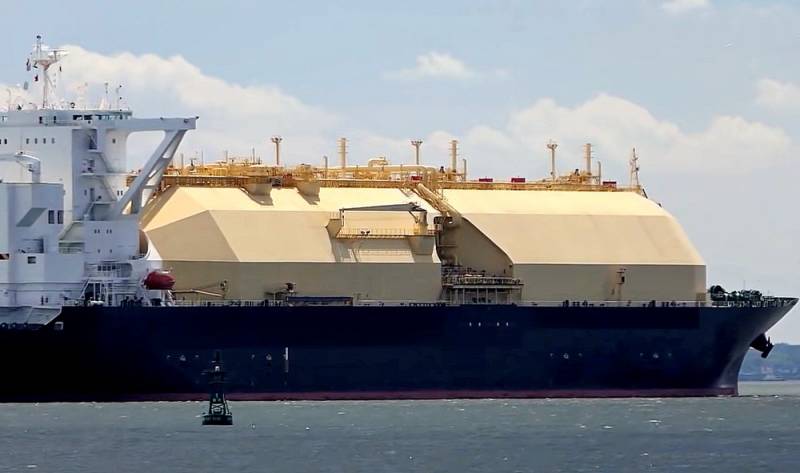 Six months ago, the cost of 1 thousand cubic meters of gas in Europe at 1 thousand dollars seemed like some unthinkable nonsense. On December 21, 2021, the cost of blue fuel futures on European trading floors reached $ 2190, breaking through either the “ceiling” or the “bottom”. Is it possible to maintain competitiveness economics The old world with such price tags for energy carriers, and isn't the Great Depression-2 coming, about which they are already talking quite seriously?


Much has already been said about the reasons for the current unprecedented energy crisis. Among them: a decrease in the volume of traditional generation in favor of the so-called renewable, "green" energy sources in the presence of predominantly calm weather, a low level of filling of European gas storage facilities, as well as the "special" position of Gazprom, which stands on supplying to Europe as much gas as stipulated by the current contracts, and not a cubic meter more. The latter made it possible for ill-wishers to accuse the Russian company of provoking and aggravating the energy crisis, which is completely incorrect.

Meanwhile, things in the Old World are not going in the best way. If in the summer the Europeans turned up their noses from gas at a price of $ 500 per thousand cubic meters, then, undoubtedly, they tore their hair out when the price tag rose to $ 1 and more. According to experts, a “psychologically important mark” has been passed. At the end of 2021, the psyche of consumers was clearly completely traumatized when the cost of "blue fuel" exceeded 2 thousand dollars per thousand cubic meters. Since super-expensive gas also means super-expensive electricity, as well as super-expensive raw materials for the chemical industry, the question arises, how is the European industry doing there?

And she's not doing well. The first to hit the price hit were fertilizer producers, who were forced to stop production, which suddenly became unprofitable. This automatically led to problems for farmers, as well as for retail chains due to the banal shortage of packaging for storing food. Then the metallurgists faced difficulties. ArcelorMittal, the largest concern in Europe, began to selectively suspend the operation of electric arc furnaces due to the excessively expensive electricity. By the way, this corporation holds 10% of the world market. A fourfold increase in electricity costs forced the Spanish steel company Sidenor to cut production by 30%. Industry association UK Steel has warned that metal production in the United Kingdom could become unprofitable. Britain's Energy Intensive Users Group (EIUG) has already stopped steelmaking. The German company for the extraction and processing of copper Aurubis AG has officially notified the shareholders of the impossibility of paying dividends due to a decrease in its marginality. The Belgian company Nyrstar will suspend zinc production from the beginning of 2022.

Following the fertilizer producers in the UK, the German company SKW Stickstoffwerke Piesteritzо reduced the production of ammonia required for nitrogen fertilizers and reagents for cleaning diesel engines by 20%. The global chemical giant BASF announced a decrease in profitability due to abnormally high electricity tariffs, despite the fact that it generates about 80% of the volumes it needs at its own facilities. French sugar and starch companies Tereos and Roquette Freres have warned that their products may be discontinued.

Somehow it doesn't look very good. Problems with metallurgists will lead to higher costs in the auto and aviation industries, in the construction sector, shipbuilding, and in farmers - to higher food prices, which may soon surprise the well-fed Old World even more unpleasantly than now. The case smacks of almost a new "Great Depression". However, it is still too early to bury the Old World. Unexpectedly, the “market” intervened with his “invisible hand”.

A few days ago, all LNG tankers went to Southeast Asia, where prices are 1 thousand cubic meters higher, stubbornly ignoring the problems of the Europeans. When the cost of futures on trading floors in the EU exceeded $ 2, reaching $ 2190, exporters of liquefied natural gas "psychologically broke down".
It was quite funny from the outside to observe how the course from Asia to Europe was changing for tankers leaving the USA, Australia and Qatar. The first to turn to the Old World were two tankers with American LNG, then there were ten, fifteen, and then all thirty. For the first time since 2009, "blue fuel" was sent to Europe by the Australians. The tankers went to the UK, Spain, France, the Netherlands, Malta and Gibraltar. The price tags immediately dropped to $ 1500, and then to $ 1300. So the Americans and Australians saved the Europeans from the "intrigues" of the Russian "Gazprom", the cavalry was ripe in time.

What conclusions can be drawn from what happened? The situation in the global energy market is extremely serious and will have far-reaching consequences for the global economy. However, the United States and its allied Australia have the opportunity at a critical moment to intervene and by a strong-willed decision to keep Europe sliding into it on the edge of the abyss. LNG supplies, with all their drawbacks, are a very flexible tool for influencing the energy market: they removed the volumes - they made a deficit, returned them - they saved them. Very comfortably. In fact, the US can arrange the EU "Great Depression-2", but it can stop it at once.
Ctrl Enter
Noticed oshЫbku Highlight text and press. Ctrl + Enter
We are
The end of capitalism: the West is caught in a whirlpool of an all-encompassing crisis
Whose "invisible hand" got into the pockets of Europeans and what does Gazprom have to do with it?
Reporterin Yandex News
Read Reporterin Google News
21 comment
Information
Dear reader, to leave comments on the publication, you must sign in.