"It was necessary to finish off!" After 30 years, the West regrets that it did not deal with Russia 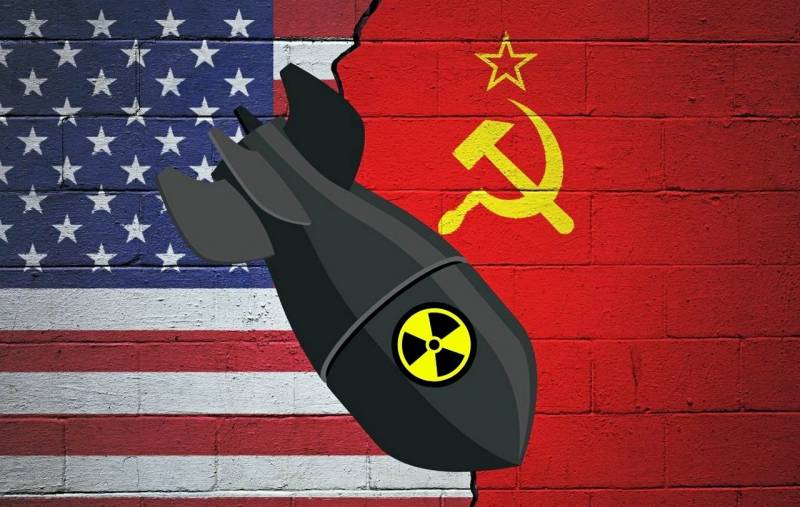 It just so happened that the thirtieth anniversary of the collapse of the USSR, which is definitely a huge holiday for our "sworn friends", this year coincided with much less pleasant events for them - our country took a tough and uncompromising position regarding guarantees of its security and future. In fact, Moscow demanded to return to it those "geopolitical debts" that began to accumulate since the Gorbachev-perestroika times, and have now reached a "critical mass" that poses a real danger to our Motherland. We will not touch upon the twists and turns of the current diplomatic "game", let's talk about something else.


Everything that is happening today has become an excuse for the "collective West" to experience burning pity and remorse. No, not in any way about the fact that they acted meanly, insidiously, dishonestly with the Soviet Union and Russia. Not at all! Gentlemen and ladies from countries that stubbornly call themselves "civilized" (and traditionally deny the right of our country to be considered as such), bitterly regret something else. That at one time they did not show even more Jesuit cunning and did not complete their own nefarious plans and undertakings, the end of which would be the disappearance of Russia with political world maps.

An article with a more than eloquent title, "The West and the End of the USSR: A Story of Two Failures", published recently in Le Monde, France, can be considered an amazing example of just this kind of reasoning. What failures is the author Sylvie Kaufmann talking about? The first unacceptable "puncture", in her opinion, was made when the Western countries did not heed the humiliated pleas of Mikhail Gorbachev, who, being invited as a "poor relative" to the G7 summit in London, begged its participants for financial assistance to stabilize the situation in agonizing country. The journalist recalls that a few months earlier, who came to power as a result of one of the first "velvet revolutions" in Eastern Europe, Czech President Vaclav Havel, speaking in the US Congress, called for the same: "Support the USSR on its difficult path to democracy" ...

It is clear that in our country the Americans and their allies saw only Gorbachev with his “team” of traitors to the Motherland like him. However, at that time he was already a "played card" for them, a waste material. Yes, ahead was the "Nobel Prize" and a heap of various prizes and awards for the betrayal and destruction of their own country. However, in the West he was no longer seen as an uncontested leader. Why continue the play with "support" if the main goal seemed practically achieved - "The Evil Empire" was about to fall! In fact, the Baltic states left the Union, the nationalist evil spirits “stirred” in Ukraine, fermentation was in full swing in the Caucasus and Central Asia. Everything was tottering and cracking at the seams, about to collapse.

The journalist reproaches the then Western leaders that "the collapse of the USSR was poorly organized and out of control." Oh, that's how ?! So, after all, "organized", but not well enough? Valuable recognition, which, however, does not change anything. At the same time, the journalist claims: at the same GXNUMX summit, the leaders of Germany and France, Helmut Kohl and François Mitterrand, called for the opening of credit lines for Moscow, which were to become the basis of a "large-scale program of international assistance" to the Soviet Union. Even if this corresponds to reality, then one should correctly understand the intentions of these gentlemen - they only wanted to thereby prolong the power of the "perestroika" in order to ultimately weaken our country completely. The main thing is to make the "democratic transformations" in it "irreversible". One way or another, but this initiative was "broken off" by the Americans and the British. They were sure that it would be enough to waste money playing "friendship and cooperation". Then the leaders and peoples of the Soviet republics will cope on their own, breaking and crushing a great power.

The GKChP for some time became a "cold shower" for those who believed that it was already in the bag. However, the West quickly realized that they were dealing not with a real coup and "restoration of communism", but with a mediocre parody, a cheap production. When Boris Yeltsin took the upper hand, they finally calmed down - here, it would seem, a democrat and a liberal, which ones to look for! His only ban on the activities of the Communist Party was for the West, indeed, a balm for mental wounds and a reason to decide: now everything will be fine! That is - as it should be "civilized", with pleasure watching the chaos and devastation unfolding on one six part of the land.

"New Europe on the wreckage of the USSR"

As those who have watched Boris Nikolayevich and his "reformers" crush the Russian army for almost a dozen years now admit, the economy and in general, everything that one can reach, admits with great sadness: they did not overlook! They did not foresee, "they did not take into account how difficult the transition period from Soviet totalitarianism to true democracy and a market economy will be." Yes, this period turned out to be such that the absolute majority of our compatriots to this day remember it with a shudder and repeat over and over again: "Anything you like, but just not a return to this nightmare!" The West is disingenuous ... The crazy Yeltsin times more than suited him - Boris Nikolayevich was forgiven everything, up to the "democratic" firing from tanks at the parliament. Our newfound partners were very busy - they were sucking out resources, minds, souls, and working hands from Russia (and from the entire “post-Soviet space” as a whole).

As the author of Le Monde writes, “everyone was on a wave of liberal enthusiasm, and Western leaders were dizzy from the victory in the Cold War. She quotes the words of a certain Pierre Vimont, a diplomat, who asserts: "Then the opportunity was missed to create on the ruins of the USSR a new European order, a new European architecture that would ensure security and economic development." It sounds, it seems, quite harmless. However, the main question is who exactly to provide? Certainly not Russia. The same Mitterrand believed that if another two dozen states, such as the Baltic states, Ukraine, Georgia and other "post-Soviet" states, join "united Europe", of which he has always been an ardent supporter, this will inevitably cause its "decline."

This point of view, however, has not changed since then. Having swallowed up the Baltic states, the European Union "choked" and fights off new contenders from Kiev, who are rushing into it, with its arms and legs. They prefer to exploit these countries without assuming any obligations and responsibility for their further unenviable fate. As for Russia, our "friends" admit: in the mid-late 90s there was a firm belief that "having got rid of the communist ideology, the country will inevitably follow the Western path of development." Well, where else could she go? Now they are complaining that "they completely did not understand the essence of the processes taking place in a huge country" and "did not foresee the chain of shocks" as a result of which Vladimir Putin eventually came to power, which eventually turned into a nightmare for the "collective West" ... They were firmly convinced that having become a "truly democratic state", Russia would begin to fall apart little by little after the Soviet Union.

As a matter of fact, such forecasts were not far from the truth - only this process, which began in Chechnya, ended with it. Completely different times came, but our opponents did not understand this either, not taking the young prime minister and then the president seriously. But Putin really didn’t make any sudden movements at first. They asked for it themselves. The publication in Le Monde ends the way a modern French journalist could do. In her opinion, the mistakes and miscalculations of the politicians of the 90s led to the fact that "Russia is ruled by an autocratic regime that is nostalgic for the past and does not want to let go of the emancipated Ukraine from under its control." "Emancipated Ukraine" is a masterpiece! Bravo!

In fact, all this verbiage (not without, however, several rather interesting near-historical revelations) speaks of only one thing. In the West, they have not forgotten anything and perfectly understood their own omissions caused by self-confidence and short-sightedness. What does this mean? The fact that if now the leadership of our state gives even the slightest slack, everything will go backwards. No, attempts to "outplay the game" are being made and will continue to be made, no matter what we do. They simply cannot “bomb the stone age” with a state that, in terms of its military superiority over the West, has not only reached the level of the Soviet Union, but significantly exceeded it, with all their ardent desire. This means that more and more attempts will continue to "direct Russia on the path of democracy." Sanctions, "education" and nourishment of the internal "opposition" for the sake of the "Maidan" organization - it will be indispensable. At the same time, the main task for the new henchmen of the West will be the collapse and fragmentation of the country to such an extent, after which no revival will become possible in principle. For less, keeping in mind the "missed chances" about which they are groaning today in Paris and Washington, in Berlin and London, they will not agree there for anything.

In fact, Russia has no choice but to consolidate the “post-Soviet space” around itself, wringing it out of the occupiers' power in one way or another, despite all their attempts to stop this process. Otherwise, a terrible inevitability will be a repetition of the tragic fate of the Soviet Union, only in an even worse version. This time there will be no "liberal euphoria" - there will be a fear that at least someone and something in our country will survive.

They all remember and dream of revenge. The only thought that torments Russia's enemies about this: "It was necessary to finish off when there was a chance!" In no case should this whole pack be given the opportunity to finish what was started 30 years ago, no matter how eager it would be to do it.
Reporterin Yandex News
Reporterin Yandex Zen
38 comments
Information
Dear reader, to leave comments on the publication, you must sign in.