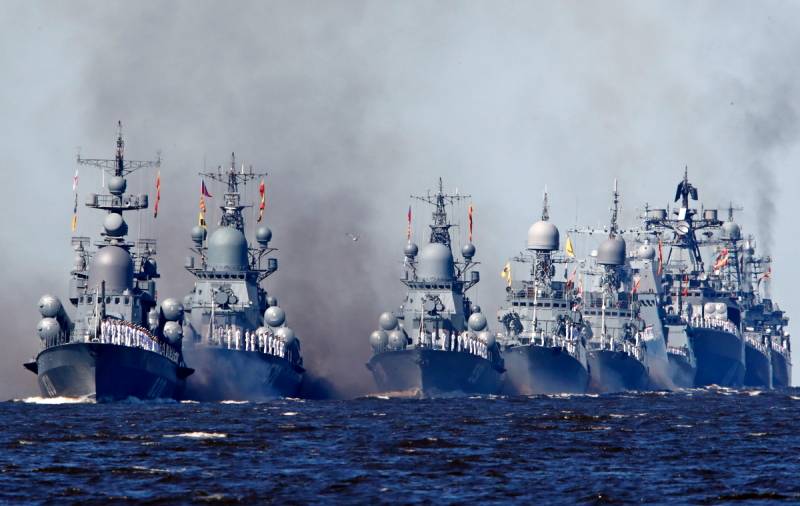 В продолжение темы about a possible naval blockade of the Kaliningrad region. Some of our readers treat such scenarios very lightly, sincerely believing that the Baltic Fleet of the Russian Federation, if something happens, will easily lift any blockade and then "trample the Balts into the Stone Age", for which the senior comrades in the NATO bloc for some reason will not "fit in." Unfortunately, things are not as simple as we would like.


Let's start our reasoning with the fact that the Baltic Sea is one of the worst potential theaters of military operations for Russia. It was not in vain that we called it "the inner sea of ​​the North Atlantic Alliance." Yes, we have a Baltic Fleet equipped with Caliber cruise missiles that can deliver powerful strikes against NATO countries. But in exactly the same way, the Kaliningrad region is under fire from the territory of neighboring Poland and the Baltic states. In the worst-case scenario, Russian warships may be sunk or seriously damaged right in the port by an unexpected strike, and not even an aviation or missile strike, but large-caliber artillery or long-range MLRS systems.

The "window to Europe" cut by Peter the Great is located at the very mouth of the Gulf of Finland. To come to the rescue of the Russian fleet dying in Baltiysk, our warships from St. Petersburg will first have to leave through the long and narrow fairway of the Gulf of Finland, and then pass a total of almost 1000 kilometers past several hostile Baltic countries that are part of the NATO bloc. And it's not a fact that they will be able to keep up on time. First, Russian ships will have to bypass Estonia, and this one small but proud country can cause a lot of trouble.

In part, we have discussed the possibility of blocking the Black Sea Fleet of the Russian Federation by the Ukrainian Navy by means of mine laying already concerned previously. In spite of the frankly overshadowing sentiments of the bulk of our readers, this is an absolute real and very serious problem. And it can become relevant in the Baltic Sea.

So, last summer, Tallinn bought a large pair of sea mines from Finland in order to strengthen the coastal defense, "allowing you to influence a potential enemy along the entire coastline of Estonia." Potential adversaries are Russia and our Baltic Fleet, if suddenly someone did not understand. The mere fact of mine laying in the fairway of the Gulf of Finland and along the Estonian coast is capable of disrupting the operation of the ships of the Baltic Fleet leaving St. Petersburg to help comrades in the Kaliningrad region.

Everything is very serious and absolutely realistic.

But let's imagine that our minesweepers have successfully coped with the task of clearing the fairway of the Gulf of Finland and, albeit with a long time delay, which may turn out to be critical, but still managed to move on. They will still have to pass by several NATO member countries. And the problems with naval mines, alas, do not end there.

At the same time, one must be aware that the Baltic Fleet, with all due respect to it, is no match for, for example, the Northern Fleet of the Russian Federation. Serious ships with an air defense system capable of intercepting such anti-ship missiles, there we have one or two and there are not enough.
To shoot down Israeli missiles will be the Project 11540 patrol ships Yaroslav the Wise and Fearless, equipped with the Dagger anti-aircraft missile system, and, probably, the Project 20380 Guarding corvette with the Kortik-M anti-aircraft artillery system. Perhaps that's all. That is, only two or three ships are capable of guaranteed to cope with a missile strike of coastal complexes from the territory of Estonia in the Baltic Fleet of the Russian Federation. That is, if nothing happens to them on the way in the mine setting. Note that the ammunition of anti-aircraft missiles for such a modest displacement of ships is very small, and there are still hundreds of kilometers ahead.

And these are the problems that only one small Estonia can bring to us only with the forces that it itself has! And there, on the way from St. Petersburg to Kaliningrad, there are two more Baltic countries, which the United States can also pump up with its weapons. And the really serious players from the NATO bloc did not even get into the matter!

Why is all this said? There is no need for frivolous profanation: the balance of power in the Baltic is far from in our favor. The naval blockade of Kaliningrad and the operation to unblock it can bring a lot of extremely unpleasant surprises, turning into Tsushima-2.
Reporterin Yandex News
Reporterin Yandex Zen
174 comments
Information
Dear reader, to leave comments on the publication, you must sign in.