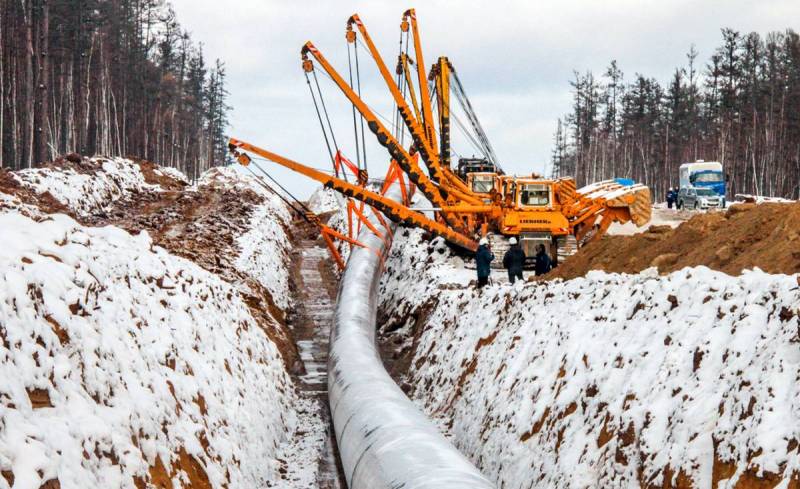 The Russian gas pipeline Nord Stream 2, which Moscow is laying bypassing the territory of Ukraine, has caused a real split in Europe. Many European officials believe that Russia is seeking to control the supply of gas to the continent and turn these supplies into a geopolitical weapon, therefore they oppose a new gas pipeline under the Baltic Sea. In this regard, China, which also has "gas ties" with the Russian Federation, is trying to avoid such a state of affairs.


According to the Mint resource, it is enough for the Kremlin to cut off gas supplies through the new pipeline, and certain countries "as punishment" can be deprived of fuel, which is so necessary in a situation of a possible cold snap.

Unlike the West, China supports the construction of a second gas pipeline to provide its territory with "blue fuel". In particular, we are talking about the Power of Siberia-2 project. So, according to Vladimir Putin, in the near future the Russian and Chinese partners will discuss all the necessary technical issues regarding this gas route.

According to Nikkei Asian Review experts, Russia can thus insure itself against possible problems with gas transportation through the SP-2, and Power of Siberia-2 will strengthen cooperation between the two major powers.

However, according to the Mint, in this case, Russia's attitude towards China is not very different from its position on the issue of supplying gas to Europe, since it is important for the Kremlin to constantly sell fuel and profit from exports. At the same time, more Russian gas is sold to Europe than to China. Meanwhile, Beijing expects to increase its own gas production to reduce its dependence on imports.

But in the coming years, China may significantly increase its purchases of Russian gas, since the country is planning a rapid development of the chemical industry. Because of this, China is showing some caution in trying to avoid the situation that Europe has found itself in with its high gas prices and fuel shortages.

Thus, the PRC has the opportunity to develop hydrogen energy and other industries based on renewable electricity sources. In addition, Qatar and Australia, as other gas suppliers, also view China as an object for the supply of "blue fuel".

Russia would very much like to have such leverage over China as it does in Europe. And Beijing, of course, will do everything in its power to prevent this from happening.
- say analysts at Mint.
Reporterin Yandex News
Reporterin Yandex Zen
6 comments
Information
Dear reader, to leave comments on the publication, you must sign in.