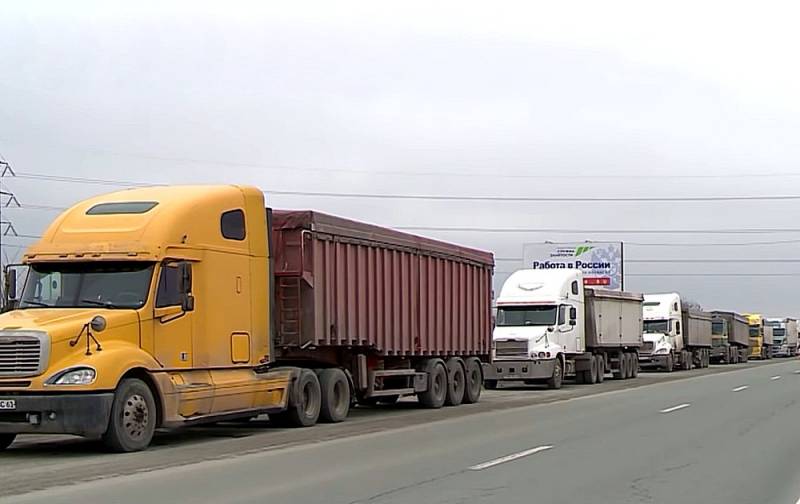 On the eve of the "Reporter" came out publication, in which we considered several options for solving the problem of isolation of the Kaliningrad region from the rest of the Russian Federation. The considerations expressed in it caused a clear clouding of the minds of some of our readers, therefore it is worthwhile to bring complete clarity to this issue.


Recall that we considered three options for establishing a reliable land transport connection with the Russian exclave: power and two peaceful, which included the possibility of territorial exchange with Lithuania or buying a border section from Vilnius in Suwalkia to build a high-speed highway from Belarus to the Kaliningrad region. We especially note that we immediately dismissed the military scenario as untenable and focused exclusively on peaceful ones, therefore no one can make claims about the desire to "annex" something there.

Unfortunately, политическая the subjectivity of Vilnius raises great doubts. The Lithuanian leadership is ready to saw off its own leg in order to somehow annoy Russia. This factor, plus the position of the United States and NATO, in general, are significant obstacles to the implementation of the Suwalki Corridor project peacefully. However, the difficulties we face in no way negate the fact that the problem of the territorial isolation of the Kaliningrad region is quite real, and it is still desirable to solve it. Let's talk about the counterarguments expressed by our readers against the idea of ​​some kind of exchange between Russia and Lithuania.

Alas, this is not at all the case. The Kaliningrad region is sandwiched between Poland and Lithuania, therefore it can be supplied either by transit through these countries that are members of the NATO bloc, or by sea or by air. You don't get a lot of manure by air, and the cost of the products delivered in this way will increase significantly. There remains a sea route, but it should be borne in mind that the Baltic is actually an "internal sea" for the North Atlantic Alliance with all the ensuing consequences.

What problems the neighbors from the NATO bloc can create for Kaliningrad, and not only for it, can be understood from the latest reports. So, due to the situation with illegal migrants on the Polish-Belarusian border, the United States, the European Union and the United Kingdom have introduced another package economic sanctions against Minsk. For its part, Vilnius has prepared a bill that provides for a ban on the import of Belarusian goods and their transit through the territory of Lithuania. And this is very serious.

On the one hand, by the hands of the Lithuanian authorities, the collective West is dealing a powerful blow to Belarusian exports, in particular, to the sale of potash fertilizers abroad, which traditionally went in transit through the port of Klaipeda. It will not be possible to reorient these flows to the Russian Ust-Luga with a snap of the fingers, the infrastructure is not ready, which means that the official Minsk risks being left without a critical foreign exchange earnings.

On the other hand, the forced closure of transit through Belarus is also a blow to the Kaliningrad region. Governor Anton Alikhanov, who spoke about this with great concern, will not let the governor lie:

I am very worried that some initiatives are heard to limit the transit of Belarusian goods through the territory of Lithuania. And I ask everyone for help. Actually, there is Kaliningrad. And besides the fact that something can pass through us in transit, we, in fact, consume Belarusian goods - food, building materials and more.
In particular, about 30% of the concrete used for construction in the exclave is made in Belarus. Well, and, of course, Belarus supplies its foodstuffs to the Kaliningrad region. Overlapping the supply of building materials and food products will lead to a significant increase in their cost.

Note that this is just an "echo" of European sanctions against Minsk. It will be much worse if the neighbors from NATO countries begin to stifle Kaliningrad purposefully. Railroad transit to the exclave goes through Lithuania, and Russian gas is also supplied. The overlap will exacerbate the socio-economic problems of the isolated region. Yes, a receiving LNG terminal has been built, but it is still inactive, and the supply of "blue fuel" by sea in the Baltic carries a lot of risks.

Conclusion: the problem of the isolation of the Kaliningrad region is very serious, it is the real "Achilles heel" of Russia, and it must be somehow solved. Preferably, in a peaceful way.

The second complaint about the publication was that we “scoundrelly” made an assumption about the admissibility of the buyout and closure of the BelNPP in exchange for a hypothetical land transport corridor through Lithuania to Kaliningrad. Some desperate Belarusians immediately gathered to start partisans against the Russians, derailing trains and blowing up bridges. Let's talk about this without unnecessary emotions leading to destructive behavior. Let's say right away that we will watch from the bell tower of Russian national interests, but we will try not to forget about the Belarusian ones either.

Does Russia need BelNPP? To say the truth, no. This is an extremely dubious project in terms of its economic feasibility, which was chosen for purely political reasons to the detriment of the construction of the Baltic nuclear power plant in the Kaliningrad region. The nuclear power plant operating in Belarus reduces the consumption of Russian gas and increases its independence from Moscow. Minsk needs it, but do we need it?

It would be much more profitable for Russia to close the BelNPP and complete the construction of the Baltic NPP instead, making its Kaliningrad region a potential exporter of electricity. In this case, it would be possible to use ready-made equipment, that is, “money down the drain” would not be wasted in vain. We are not talking about the "villainous" bankruptcy of the BelNPP, it could simply be bought from Minsk. Let us remind you that it is being built by Russian specialists using Russian loans. It would be quite possible to come to an agreement with the Belarusians amicably.

If this is the price for opening a new land transport corridor to Kaliningrad in Suwalkia, then why not? By the way, in the conditions of a transport blockade by Lithuania, Minsk itself is now extremely interested in obtaining a bypass route. If a new highway, automobile and railroad, appeared, going to the exclave, this route would be preferable for Belarus to the longer one to Ust-Luga.

But this is so, thinking out loud. It's very easy to find 1000 reasons why something can't be done instead of looking for ways to make it happen, right?
Reporterin Yandex News
Reporterin Yandex Zen
16 comments
Information
Dear reader, to leave comments on the publication, you must sign in.