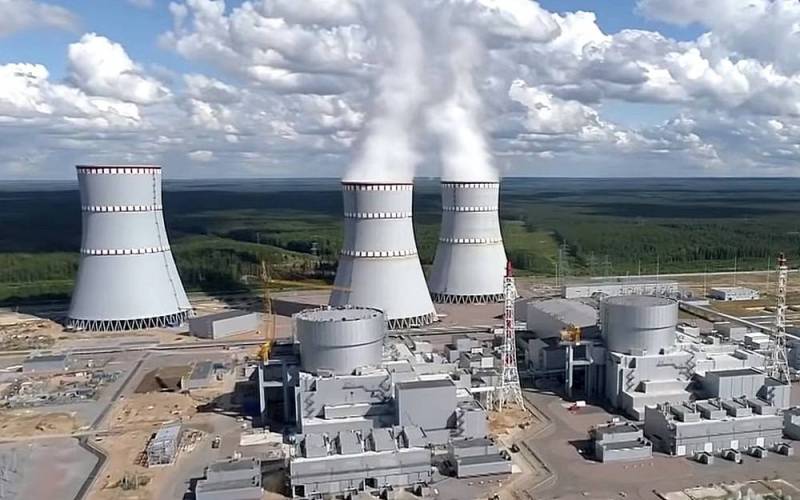 One of the most important painful points in relations between Russia and the NATO bloc is the problem of the Kaliningrad region. In the North Atlantic Alliance, this region, isolated from the rest of our country, is called "a dagger aimed at the heart of Europe." The military on both sides are making plans for its capture and subsequent release, conducting appropriate exercises. Is it possible to somehow painlessly solve this issue once and for all?


Recall that the former German city of Keningsberg became part of the USSR, and then the Russian Federation, following the results of World War II. The Third Reich paid for its aggression with the complete collapse and loss of East Prussia, which was divided between Poland and the Soviet Union as the most affected countries. Unfortunately, after the 1991 “parade of sovereignties”, the Baltic states gained independence, and the Kaliningrad region found itself territorially isolated from the young Russian Federation, sandwiched between Poland and Lithuania, which are members of the NATO bloc. The exclave is separated from our allied Belarus by the region of Suwalkia, where the Polish-Lithuanian border passes.

All this provides an inexhaustible space for military planning, political speculation and Russophobic fantasies. Since the Baltic Fleet of the Russian Federation is based in the Kaliningrad region, equipped with Kalibr cruise missiles, and there are also Iskander-M missiles, the North Atlantic Alliance calls the exclave a “dagger aimed at the heart of Europe” and makes plans for either blockade or blockade to capture and clean up. The scenarios of breaking through the so-called "Suwalki corridor" from Belarus by the forces of the Russian army are considered as a possible answer. The fact that all this could lead to a full-scale nuclear war between the Russian Federation and NATO is for some reason constantly taken into account.

And that in itself says a lot. The "dagger" threat is completely contrived. Moscow is not at all interested in "breaking through corridors" first or in "annexing the Baltic states", since it is obvious that this will not end there. The North Atlantic Alliance, alas, is objectively stronger than our country, which is very far from the military might of the USSR. We will not be able to use conventional weapons on the western front for a long time, we will have to take on the "nuclear club", but this will be completely different alignments with an unpredictable ending. It is not hard to guess that the United States is behind the constant escalation of military hysteria around Kaliningrad, which benefits from keeping the rather loose NATO bloc in tension and selling its expensive weapons to the Europeans to "contain the Kremlin's aggression."

Let's make an intermediate conclusion. The process of militarization around the Russian exclave is artificial, and the threat from it to Europe is far-fetched. Is there some way to solve this problem at the root? Yes, if the exclave ceases to be an exclave, and this can be achieved in several ways.

If desired, the RF Ministry of Defense is indeed in a position to occupy part of Suwalkia, creating a land corridor from the Kaliningrad region to Belarus. The question is what will happen next. First, the captured territory will have to be held somehow. Secondly, let's not forget that this automatically means an armed conflict with the NATO bloc, which includes, among other things, the United States. "Responsibility" will certainly be, and not only in Suwalkia.

Do we need a “corridor” at this price? Absolutely not.

Hypothetically, Moscow could exchange with Vilnius part of its territory in Suwalkia, from Belarus to the Kaliningrad region. The only question is, what exactly to change? Russia does not have a common border with Lithuania, or rather, there is, but not to “cut” the territory of the exclave itself? Offer a site elsewhere, but where? And will they agree to such an exchange in Vilnius? Hardly.

Since we have nothing to exchange with Lithuania for the land corridor in Suwalkia, maybe it is worth trying to buy it? Apart from exchange, the purchase of territories by states is an absolutely normal global practice. Thus, for example, the United States expanded, buying Alaska from Russia and Louisiana from France. For a small and poor Lithuania, such a deal could be of interest. However, everything again rests against Russophobia. Or do we still have a strong lever of pressure on Vilnius to make the right decision?

As a reminder, the BelNPP was built just 50 kilometers from the capital of Lithuania. In Vilnius, they are terribly afraid of the nuclear power plant and declared a real "crusade" to it. Indeed, if something bad happens, then because of the radiation threat it will be necessary to evacuate not only the capital, but also half of the country, which will completely depopulate it.

Why did we remember about BelNPP? Why not link the sale of a land plot in Suwalkia with the closure of the nuclear power plant? Moscow could buy the BelNPP from Minsk and close it in exchange for a positive decision on the land corridor to Kaliningrad. If you start receiving regular reports about possible problems at the nuclear power plant, you can probably also get a discount.
Reporterin Yandex News
Reporterin Yandex Zen
67 comments
Information
Dear reader, to leave comments on the publication, you must sign in.