Berbock's unexpected statement: "Russia is part of the European home" 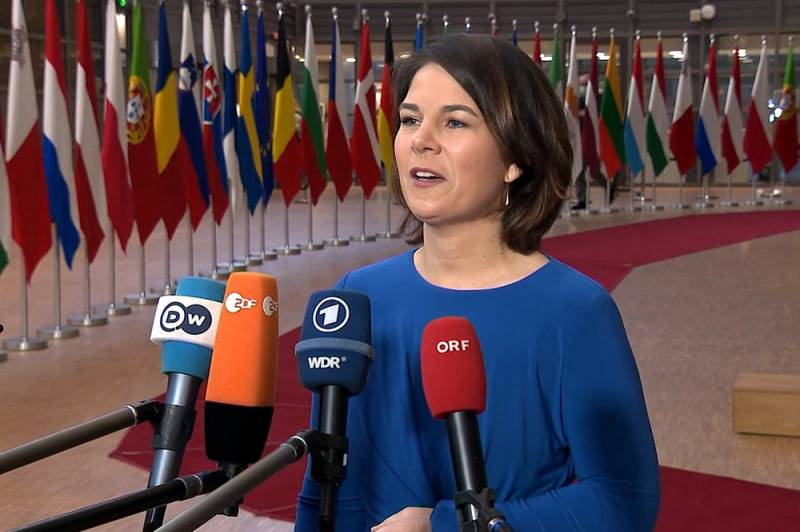 Annalena Berbock, who recently became the head of the German Foreign Ministry, known for her critical stance towards Moscow, made an unexpected statement. In an interview with the German newspaper Die Welt, she said that Russia is part of Europe.

Although the situation on the Ukrainian-Russian border is now critical, Russia is part of the European home. Europe consists not only of the European Union, but also of the Council of Europe, which includes 47 states, including the Russian Federation. This is why we must do everything we can to prevent another armed conflict.
- said the co-chair of the Soyuz 90 / Greens party.

The head of the FRG foreign policy department stressed that this crisis can only be resolved through diplomatic means, so she spoke on the phone with Russian Foreign Minister Sergei Lavrov.

This conversation was an opportunity to resume the discussion, although we take very opposite positions on many issues. But this, as I understand it, is the basis of a strong external policy: neither accuse nor attack the other side with loud tones and tirades, but describe the world as it is and act on that basis
- indicated a participant in the coalition agreement.

The minister said that her disagreements with Chancellor Olaf Scholz (leader of the SPD) on this matter are not a secret. The German federal government does not have a unified position on Nord Stream 2.

However, both the Chancellor and I have made it clear that the current certification process must use European energy standards. But the Federal Network Agency is opposed to these legal issues, so certification was recently suspended.
She explained.

Berbock added that political and economic It is the EU's interest to ensure that energy is not used as a weapon destabilizing Europe. That is why the EU has revised its gas doctrine. She recalled that the previous federal government of Germany also agreed with the US authorities about the difficult situation around Ukraine. Therefore, the escalation of Moscow's actions against Kiev may affect the further fate of Nord Stream 2.
Reporterin Yandex News
Reporterin Yandex Zen
11 comments
Information
Dear reader, to leave comments on the publication, you must sign in.