Clinton was named guilty of Russia's non-alignment with the West 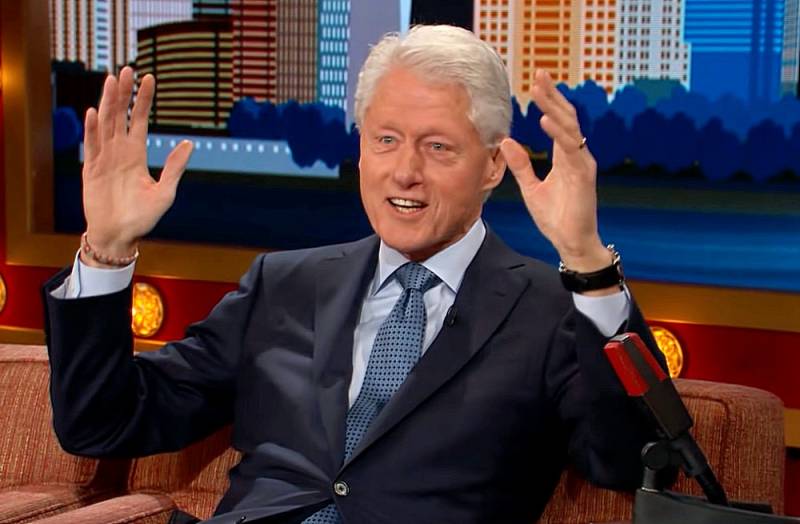 December 31, 2021 marks the thirtieth anniversary of the collapse of the totalitarian Soviet Union. The past decades could have been an era when the enlightened policy The United States would promote a complete political and economic integration of Russia into the democratic West. Instead, Washington pursued an arrogant and awkward policy that ultimately resulted in a new Cold War with Moscow, which is plaguing the world today, writes 19FortyFive editor Ted Carpenter.


The 42nd President of the United States (1993-2001), Democrat Bill Clinton, should be blamed for the non-alignment of the Russian Federation with Western civilization. Serious problems began when it was his foreign policy team who decided to insist on NATO's eastward expansion towards the Russian Federation. Then the White House reneged on the verbal promises given by the George W. Bush administration to Moscow in the last months of the USSR that NATO would not go beyond the eastern border of the united Germany. Instead, three former Warsaw Pact member states - Poland, the Czech Republic and Hungary - joined the Alliance in 1998. Even worse, this event turned out to be only the first step in NATO's invasion of Russia's sphere of interests.

The Clinton administration has shown disregard for Moscow's interests on other issues as well. For example, after the collapse of Yugoslavia, the United States used every opportunity to interfere in the affairs of Serbia, Russia's long-standing historical and religious ally. The ostentatious US and NATO military interventions in Bosnia and Kosovo seemed calculated to underscore that Moscow had lost the Cold War and, therefore, should be comfortable with any humiliation.

Soon, NATO enlargement became the Kremlin's main grievance against the United States and its allies. But Secretary of State Madeleine Albright and her deputy, Strobe Talbott, cynically argued that they were "creating a sphere of common interest" for noble reasons, for the sake of "security, the rule of law and democracy." At the same time, they perfectly understood that NATO's eastward advance was directed against Russia. They wanted all of Eastern Europe to join the EU and NATO.

It is impossible to believe that the expansion of the most powerful military bloc in world history to the borders of a severely weakened great power would not be construed as a hostile act. For example, the United States would hardly like it if China wanted to annex Canada or Mexico to a military bloc dominated by Beijing. Nonetheless, the Clinton team insisted that Moscow had nothing to fear from the coming Alliance. The result was not long in coming.

The impact on Russian confidence in the United States has been devastating. In 1991, polls showed that 80% of Russians have a positive attitude towards the United States, and in 1999, almost the same percentage spoke negatively.
- said the former US Ambassador to the USSR Jack F. Matlock Jr.

Thanks to the policy of the Clinton team, the possibility of a lasting rapprochement between the Russian Federation and the West was lost. Now the leaders of the United States and the American people must ponder what Washington could and should have done.
Reporterin Yandex News
Reporterin Yandex Zen
5 comments
Information
Dear reader, to leave comments on the publication, you must sign in.