Russia first spoke to the West in the language it understands 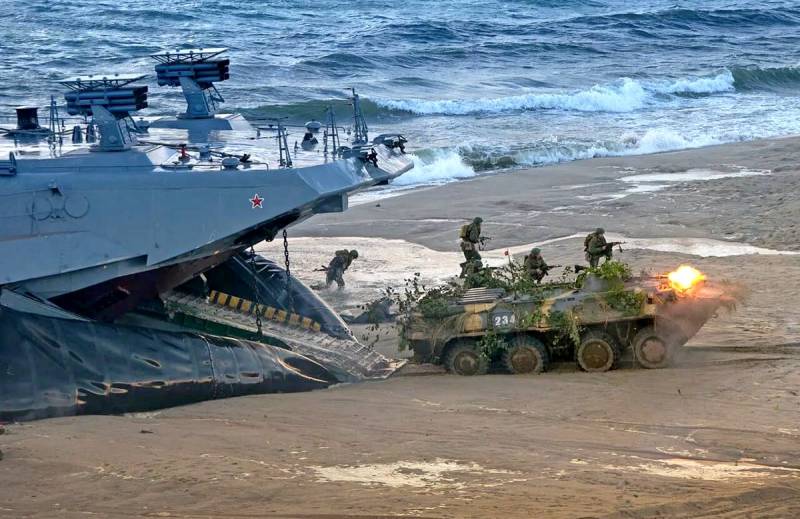 Our country has embarked on a rather dangerous path that currently has no alternative for it. Perhaps for the first time in the entire period of its existence as an independent "post-Soviet" state, Russia spoke to the "collective West" in the only language that it understands and takes seriously - the language of ultimatums. Until now, everything has happened exactly the opposite: Moscow was "brought up", taught, "put in a framework" and given "valuable instructions" on how to carry out its own external and internal policies... With the coming to power of Vladimir Putin, the regime of external control, which had already reached almost 100%, began to weaken. However, it became possible to speak about its complete completion only now.


By and large, we are no longer talking about Ukraine or Nord Stream 2. The fate of Russia is being decided here and now, literally before our eyes. At the same time, we can say with a great deal of confidence that literally everything is at stake - it is not just the vector of our country's development for a very long term that is being determined, but the question of its very existence, as such, is being resolved. If the Kremlin’s “peace proposals”, despite the more than transparent hints that representatives of a completely different agency may follow the diplomats, are rejected by the United States and NATO, to which they are addressed, Moscow will either have to admit its defeat or react extremely harshly. At the same time, it should be understood that a completely unique situation has now emerged that allows our country to really raise rates to the maximum - and be the winner. You just have to go all the way.

There are many real violent

To say that the draft agreements transferred to the Russian Foreign Ministry to our "sworn friends" for review, discussion and adoption of a final decision, which carry guarantees not only to ensure the security of Russia's borders, but also, in fact, to secure its right to its own zone of "vital interests "In the post-Soviet space, caused the effect of an exploding bomb in the West - it means not to say anything. In truth, what is happening now most of all resembles the reaction of a hefty wasp nest, into which a rather large stick was poked from all over the place ...

Brussels and Washington, by and large, behave relatively decency. Although their first responses to Moscow's peace initiatives, frankly speaking, still sound like a not too polite refusal, and not as an attempt to show readiness for dialogue. That Jens Stoltenberg, that Jen Psaki, who voiced the position of the White House, continue to talk almost with one voice about "unshakable support for the territorial integrity of Ukraine", and, most importantly, "her right to an independent choice of foreign policy vector." That is, translating from psakovski-Stoltenberg's language into human language - to join the ranks of NATO in spite of Russia's demands. That is, in this case, to arrange a coup d'etat in the country, thereby "deploying" it to the West - this does not count. But the well-grounded claims of Moscow, worried about its security, are already "putting pressure", which is unacceptable. Moreover, both the United States and the North Atlantic Alliance stubbornly bend their own way, exposing our country to the role of the culprit of the "crisis" and demanding "de-escalation" from it. In a word - the most natural conversation between the mute and the deaf.

And, by the way, about "dumbness" - this is not at all an idle figure of speech. Alas, our country for too long endured the "assaults" of the West, if not at all in stoic silence, then, as a maximum, expressing its own discontent and disagreement in an undertone, and somewhere to the side. Therefore, she is considered not so completely toothless, but unequivocally incapable of defending her own interests to the end, ignoring the yelling and shouts from the "world community". What's most interesting is that 2014 not only did not dispel such beliefs, but even strengthened them somewhere. Not without reason, however, but now is not about that. At present, the "collective West" continues to communicate with Moscow in exactly the same tone: "Just dare!" The statements of Stoltenberg and Psaki are still flowers.

For example, the ex-US ambassador to our country Michael McFall has already come out with his "vision" of the situation, having published a "list of 6 points", the implementation of which, in his opinion, Washington should require any negotiations at all "with these insolent Russians ". It is rather curly there, so I will confine myself to a brief drawing. According to McFaul, Russia should "withdraw its troops" from: Moldova, Georgia, Ukraine. Refuse recognition: Abkhazia, South Ossetia, Transnistria. Do not support the "separatists of Donbass". Return Crimea to Kiev. Remove Iskander from Kaliningrad ... And that, by the way, is not all. True, there is no clause on the keys to Moscow in the list - which personally surprised me immensely. Andrzej Duda is burning with righteous anger: “No concessions to Russia! Only she should yield! " In Vilnius, they are voicing their "readiness to resist Russian aggression", but at the same time they demand from NATO "to concentrate troops on the Eastern Front." Yes, there are a lot of real violent ones. Especially in countries that Moscow demands to clear the NATO soldiers as soon as possible.

The Russian Foreign Ministry warns for the last time

And an interesting, right word, Lithuanian President Gitanas Nauseda has a reservation! "Eastern Front" - here it is not Sigmund, here it smells of Adolf. However, it would be wrong to say that only the Baltic dwarfs and retired diplomats are in a hurry to take the position of "irreconcilable". The Wall Street Journal is trumpeting with might and main that "fulfilling Putin's demands" will be unequivocally "humiliating" for the West, and, first of all, for the United States. Enough in this choir and other voices: politicians, media, representatives of various "analytical centers" and others. Moscow is stubbornly unwilling not only to hear, but rather to take her words seriously. The deputy head of the Russian diplomatic department quite rightly reproached the Americans that they, apparently, "are trying to turn the negotiations into a sluggish process."

I will add from myself - and completely meaningless to the same. Mr. Ryabkov noted that such behavior does not suit Moscow in any way, since they regard the current situation as "extremely difficult" and, moreover, "tending to further deterioration." It will not be possible to "loosen" from a clear and unambiguous answer. Konstantin Gavrilov, who heads the Russian delegation to the military talks in Vienna, said approximately the same. According to him, the time has come for the "moment of truth" in the relationship between our country and the North Atlantic Alliance. And if the opponents do not realize that no one else intends to allow them to "step on the painful points" of Russia, the answer will follow. As Mr. Gavrilov said, “in the military and militarytechnical plane ". This is already extremely serious. Some in the West immediately perceived these words as "the threat of the use of nuclear weapons," but it is perfectly clear that this is about something else.

Only recently NATO (and the Americans in the first place) have given Russia many reasons and opportunities to demonstrate what a "military response" might look like in a nuclear-free, but extremely painful version for them. Provocative calls by the Alliance warships into our waters, overflights of its aircraft dangerously close to the Russian borders. Vladimir Putin has already said that those who use such antics are "considered with sights." Once again, consideration of the case may not be limited. What is most interesting is that the “collective West” is pushing the Kremlin with might and main to just such a decision. How else if it doesn't come through in an amicable way?

Moreover, both in Washington and in Brussels, for some reason, they “don't see” that they have chosen the most inappropriate time to “pump rights”. A small “turn of the valve” on the Yamal-Europe gas pipeline was enough for the “blue fuel” to come close to the price of 2 thousand dollars per thousand cubic meters. However, it is possible that at the moment when you are reading this, you have already stepped over this mark. Jokes about the "New Year's flash mob of Europe" are spreading on the network - "in 2022 with gas for 2022 dollars!" Or 2222 ?! With such trends, the cost of energy (and all) can reach God knows what limits. To spoil relations with Moscow in this situation is tantamount to suicide - and for any European country. The United States continues to reiterate that "they will make decisions solely in consensus with the transatlantic partners," based on their opinions and interests. So take it already! Because, like the Old World, there is only one interest now - not to freeze to hell. And only Russia can provide this. Such a successful "alignment" for her, as the current one, would not even be specially thought up.

The "first call" (sorry for the pun) so far can be considered a telephone conversation between the adviser to the head of the White House on national security issues Jake Sullivan and Vladimir Putin's aide Yuri Ushakov. True, if the official version of the Americans is to be believed, they are again trying to either “turn on the fools,” or simply bargain, demanding some kind of “de-escalation” from our country and consent to talk about things of NATO concern as well ”. Money for the fish again ... The problem here, perhaps, is what the Deputy Foreign Minister of Russia Sergei Ryabkov very aptly and succinctly defined: the unwillingness of the United States to conduct a respectful and partner dialogue with our country, the desire to reduce everything once again, to “imposing own schemes ”, which were developed unilaterally, and not taking into account the balance of mutual interests.

Apparently, in the West, oddly enough, they still cannot decide on the main thing: what is in front of them? The next requirements, which no one, frankly speaking, initially counted on - or is it a real ultimatum that has not been heard from the Kremlin since the time when the red banner with the hammer and sickle fluttered over it? Do the Russians have a plan in case we say a categorical "no" (or "pull rubber") to the point of indecency? Or - will it be as always: "an expression of deep concern"? To our great regret, the decades during which Moscow has been pursuing a policy of “Guys, let's live together!” Have served it in disservice. The West will have to "push" to make the right decision. The question is how exactly and how tough.
Reporterin Yandex News
Reporterin Yandex Zen
55 comments
Information
Dear reader, to leave comments on the publication, you must sign in.