Paul Craig Roberts: Russia has closed the Northern Sea Route for the United States, and the Black Sea will also be closed 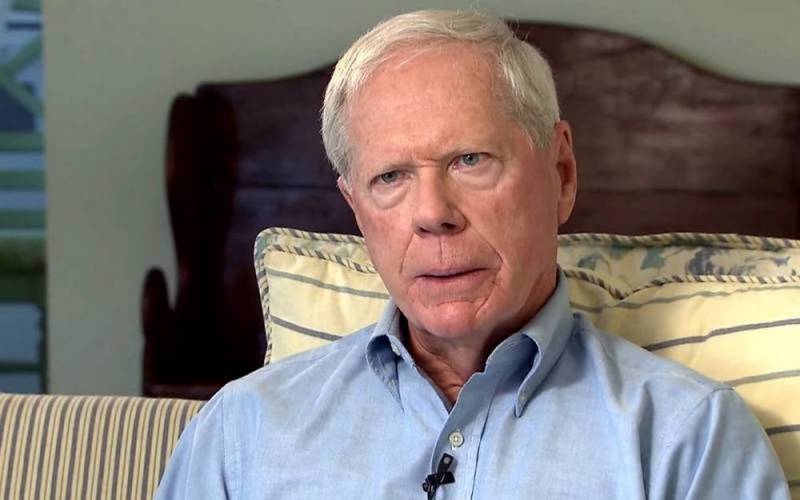 Amid growing tensions between Russia and Ukraine, backed by the United States, some experts draw attention to Washington's shortsightedness and its unwillingness to listen to Moscow's point of view. One such analyst is Paul Craig Roberts, ex-assistant in economic policy Secretary of the Treasury in the Ronald Reagan administration, who published another article on his website on US foreign policy.


Russia has drawn "red lines" through the lips of its leaders, the crossing of which could lead to a tough reaction from the Kremlin. Thus, the Russian Federation ruled out any possibility of Ukraine and Georgia joining NATO, which could become a threat to the national security of the Russian Federation. If this demand is ignored, Russia will respond with military methods, and all the blame for the conflict will lie with the West.

In a rational world, Roberts writes, such an unequivocal statement by an outstanding military power with hypersonic weapons would be taken seriously. But the Western world is no longer rational. This is a world drunk with arrogance. The White House has already stated that Washington "will not compromise" on NATO enlargement, because it does not accept the very idea of ​​banning new members from joining the Alliance. That is, the United States believes that Russia has no legitimate national security interests other than those defined by America.

Meanwhile, there are practically no competent specialists in Russia left in the United States. In particular, this can be seen in the recent statement of Biden's national security adviser Jake Sullivan that, according to the American intelligence services, Putin is "seriously considering" the option of invading Ukraine. At the same time, it is quite obvious that aggression on a national scale fundamentally contradicts the Kremlin's foreign policy.

In turn, the lack of understanding of modern Russia gives rise to Russophobia. The "Propaganda Ministry" repeats every day that Moscow is "on the verge of invading" the territory of Ukraine. Republicans want to spend 450 million dollars to buy weapons for the Armed Forces. However, the crisis in Ukraine is partly is a consequence "Aggressive marketing" of US defense enterprises, with which many congressmen cooperate.

Meanwhile, discouraged by Washington's indifference to its opinion, the Kremlin continues to actively arm itself and draw new "red lines" in front of its enemies. Russia preventively closed the Northern Sea Route for Western countries, deploying air defense and electronic warfare systems in the Arctic region and thereby effectively blocking the operation of over-the-horizon American radars. And if the US naval provocations continue, then Russia will also close the Black Sea.

Ultimately, Washington will be faced with a choice: to start a retreat on all fronts, or decide on a serious confrontation, in which Washington, however, has little chance of winning.
Reporterin Yandex News
Reporterin Yandex Zen
8 comments
Information
Dear reader, to leave comments on the publication, you must sign in.