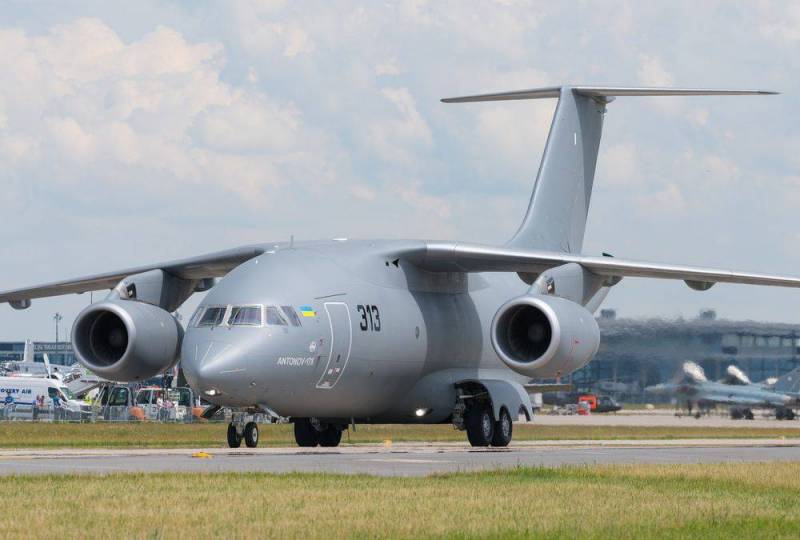 Ukraine was unable to fulfill the contract with Peru and deliver the An-23 transport aircraft by October 178 of this year. Thus, penalties come into effect in relation to the Ukrainian side for the breakdown of the agreement concluded in 2019.


So, for each of the two months of delay, Kiev must pay a fine of $ 5, from the third to the fifth months - 35 thousand, and from the sixth to the twelfth - 70 thousand dollars. Then the contract can be terminated.

According to one of the sources, Ukraine at one time deliberately misled Peru about the production of engines for the An-178 without Russian components. However, this could not be done without Russia's help (the transport aircraft is only 40 percent ready), so Ukraine was unable to fulfill its obligations.

Kiev won a tender for the supply and maintenance of a transport aircraft to the Peruvians in 2018. Ukroboronprom, represented by Spetstechnoexport, signed a corresponding agreement with Lima for $ 65 million.

Peru planned to use the An-178 as a replacement for the aging An-32 multipurpose transport aircraft. But now local journalists with grim irony call the An-178 an "invisible plane", and General Alfredo Vildoso Rojas, who was present at the conclusion of the contract, is in prison on corruption charges. It is also reported that the deal with the Ukrainians was concluded in violation of Peruvian law.
Reporterin Yandex News
Reporterin Yandex Zen
4 comments
Information
Dear reader, to leave comments on the publication, you must sign in.