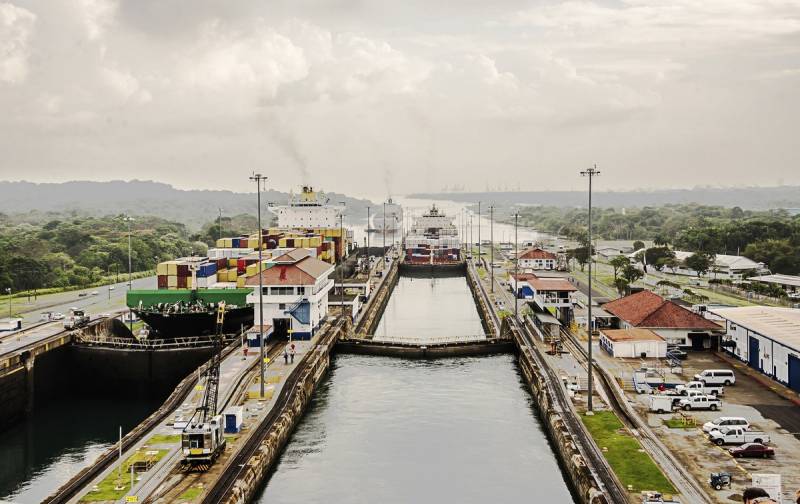 One of the loudest and most frustrated initiatives of the last decade is the Nicaraguan Canal construction project. An alternative to the Panama Canal, de facto controlled by the United States, the waterway was intended to be built by Chinese investors, but never built. Why did a large-scale infrastructure project become a "project", and are there any chances that it can get a new lease on life?


The Panama Canal, with a total length of 81,6 kilometers, connects the Pacific and Atlantic oceans, making it the second most important shipping canal in the world after the Suez. The canal is overloaded, about 14 thousand vessels of various classes pass through it every year, from pleasure yachts to huge bulk carriers, up to supertankers. We should especially note that the construction was carried out on the initiative and under the auspices of the Pentagon, and Panama itself was a protectorate of the United States. Formally, in 2000, the management of a strategically important channel was transferred to the government of the country, but one should not be under any illusions: Panama is still the "backyard" of the United States, where all key decisions are made in Washington. For this reason, it is not surprising what problems faced the project of an alternative shipping artery through Nicaragua, which China was trying to promote.

The idea of ​​connecting the Pacific and Atlantic oceans through Nicaragua has existed for a very long time. Despite the great length of 278 kilometers, this route also has its undoubted advantages.

At first, 105 kilometers of the path pass through the freshwater lake of Nicaragua.

Secondly, the terrain is much more comfortable than in Panama.

Thirdly, in reality, only 45 kilometers of track would have to be dug, using the excavated soil for the construction of dams and dams. It would be possible to pass through the canal in a day, its capacity was estimated at 5100 vessels per year.

As you can see, there is nothing unreal in this project with technical no point of view. The Nicaraguan government has given the go-ahead for the construction of the Hong Kong-based HK Nicaragua Canal Development Investment Co Ltd (HKND). The concession was supposed for a period of 50 years, which could be extended up to 100 years. Under its terms, in the first 10 years, the investor paid $ 10 million each, as well as 1% of all income from subprojects, which were to gradually grow to 99%. In other words, in the first half century Nicaragua, without investing anything, was to become the owner of 51% of the project's shares, and after 100 years - 99%. Also within the framework of the project, it was supposed to build two seaports at both ends of the canal, an oil pipeline, an airport, a road network and open a free trade zone. It is not surprising that the country's authorities jumped at this option.

But why did the Chinese investors, who are known for their love of large-scale infrastructure projects, “jumped off”? There are at least two versions explaining this.

According to the first, the owner of the company HK Nicaragua Canal Development Investment Co Ltd (HKND) Wang Jing is a certain Chinese Ostap Bender, who, within the framework of a private initiative, wanted to “raise money” for co-investors, but overestimated their interest, and as a result, the project "Blown away". Indeed, with all the advantages of the Nicaraguan Canal, it also has a number of serious shortcomings. 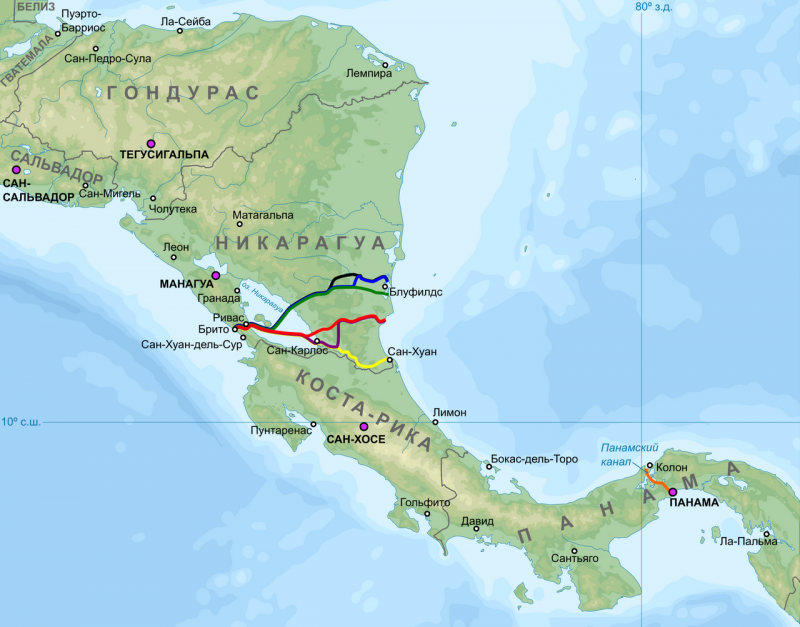 First of all, this is a much lower capacity when compared with Panama: 5100 versus 14000 ships per year. It should also be borne in mind that Uncle Sam would not calmly look at such economic activities in his "backyard". It could be stopped, for example, by imposing sanctions on those ships that have decided to pass through the Nicaraguan Canal at least once. The reason for such restrictive measures could be environmental risks associated with the possible ingress of seawater through the system of locks into the freshwater lake of Nicaragua, on which the country's agriculture depends, as well as other pollution from passing tankers and dry cargo vessels. Thus, it is not possible to make money on the channel, and the total investment is estimated at $ 40-50 billion. In charity, Chinese businessmen are not particularly noticed.

But there is also another version.

The time has not come?

As you know, the telecommunications sector in the PRC is under state control, and the founder of HK Nicaragua Canal Development Investment Co Ltd Wang Jing is a co-owner of the telecommunications holding Xinwei Telecom. Among his projects is the launching of a constellation of inexpensive satellites into orbit to provide communications in remote regions and at sea. In general, Wang Qing is either the Chinese "Elon Musk" or "Petrov and Boshirov" rolled into one.

Obviously, Beijing needs the Nicaraguan Canal, an alternative to Panama, not so much to make money on the passage of foreign ships, but to satisfy its own needs. We are talking, in particular, about unhindered access to Venezuelan oil. Currently, the United States has imposed sanctions on the purchase of "black gold" from Caracas, and therefore the PRC has to purchase oil by bypass schemes in limited quantities. No additional shipping channel for $ 40-50 billion is needed for this.

But much could change if relations between China and the United States deteriorate further. So far, everything is developing according to the standard Cold War-2 scheme with the gradual escalation and strengthening of mutual sanctions. At a certain stage, Beijing will need its own powerful foothold in the "backyard" of the Americans, and it will no longer be up to restrictive measures. Then the construction of the Nicaraguan Canal has a chance to resume, and Chinese military bases will appear in this country to protect it. And to denote a threat to the United States.

Obviously, for such activities in the southern underbelly of the "hegemon", Beijing will need a powerful naval and merchant fleet. You can't do without it. In fact, the PRC is currently engaged in the creation of a modern navy, putting the channel on pause. Landing ships, destroyers, aircraft carriers and helicopter carriers are being built - everything that is needed for long-distance expeditions, including to Latin America, where Chinese naval bases may appear. For example, in each of the new ports in Nicaragua, where the shipping canal will enter - on the Pacific and Caribbean coasts.

If Russia had a modern navy capable of operating in the far sea zone, or at least an adequate concept of its development, one could think about economic and military-technical cooperation with the PRC in Nicaragua. After the Kremlin voluntarily renounced Cuba as a military foothold, we can only consider Venezuela and, possibly, Nicaragua. The concession could be entered as a partner, build your own naval base (PMTO), and more than one, on the Nicaraguan and / or Venezuelan coast and supply through the canal. But so far there is nothing to even talk about.
Ctrl Enter
Noticed oshЫbku Highlight text and press. Ctrl + Enter
We are
Peace enforcement operation. Russia inflicts a preemptive strike on Kiev
Three years left: Ukraine will be sold in parts
Reporterin Yandex News
Read Reporterin Google News
5 comments
Information
Dear reader, to leave comments on the publication, you must sign in.