Closing the project: COVID-19 has exhausted its potential in the eyes of its creators 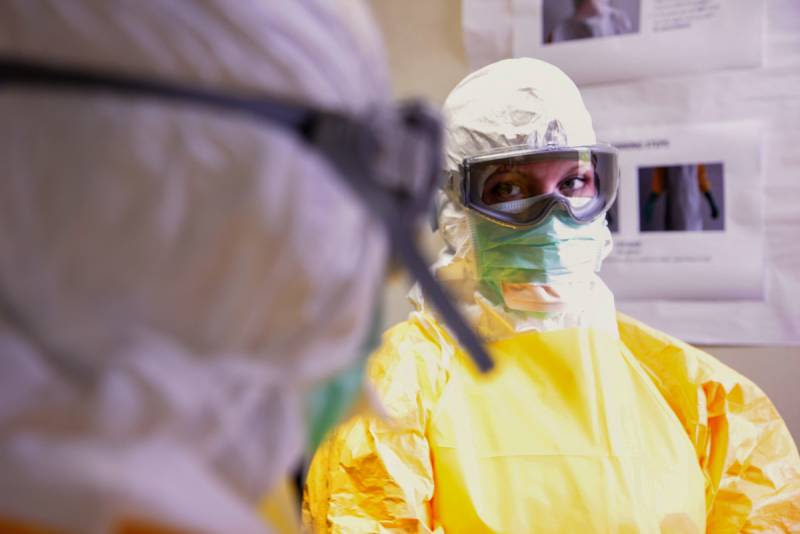 Various statements that have been made recently by scientists, as well as by epidemiologists-practitioners regarding the recently appeared, but already widely known, new strain of the coronavirus "Omicron" give all of us, albeit timid, but hope of getting rid of the pandemic-quarantine nightmare ... However, as usual, there are those who are inclined to see in the opening positive, at first glance, prospects, not "light at the end of the tunnel", but only a transition to a new level of worldwide disaster, which has been going on for two years now.


It is extremely difficult to give an objective assessment of such theories, which at first glance are related to the field of conspiracy theories. At least due to the fact that the most important questions - about the origin of COVID-19 (man-made or not) and its spread (intentional or not) have not yet received reliable, unambiguous and one hundred percent convincing answers. Nevertheless, it is perhaps worth listening to the voices of skeptics and adherents of the idea that not everything in what is happening is as unambiguous as it might seem. At least in order to own all the versions and subsequently not feel like fools because of their own naivety.

So, let's dare to consider some aspects of the pandemic, without sweeping aside even the most, at first glance, controversial theories. At the same time, evaluating them, we will try to rely on reliable and well-known facts. What if the arrival of the coronavirus in our world is still not an evil joke of nature, not a fatal coincidence of circumstances, but part of someone's global diabolical plan? When investigating any crime (and if this assumption is true, then we are faced with just a crime of colossal proportions), a sensible operative must start from two things: whether the hypothetical suspects have real opportunities to commit it, and, more importantly, a possible motive for what they did. Well, as far as the possibilities are concerned, everything is extremely simple. With the number of extremely "muddy" biological laboratories that are scattered throughout our planet and are engaged in deeply classified projects, the true essence of which is often unknown to the scientists themselves, there is, alas, no need to question their fact. As for the motives ...

According to the all-knowing Forbes, published early last month, only the richest people in the United States increased their fortunes by a combined $ 1.8 trillion during the pandemic! "Got rich", first of all, the characters who are among the 20 main American rich. Their "top five" (Elon Musk, Jeff Bezos, Larry Ellison, Larry Page, Sergey Brin) makes you exclaim: "Bah, all familiar faces!" At the beginning of 2020, US billionaires "cost" $ 3.4 trillion, now, respectively, $ 5.3. What did old Marx say about the vile inclinations of capital, which saw before itself the prospect of making a profit of 300% ?! What is not your motive, gentlemen? However, this is only a rationale for why the richest people on the planet could support the conditional Operation Pandemic.

In fact, both the circle and the level of goals that could be pursued during its implementation, for sure, go far beyond the banal "raise the bubble". For this, in the end, there are much less risky and much easier ways and means. No, here we are talking about things really global. It has been said and written for a long time that the notorious "golden billion" has recently been somehow not quite comfortable living in the existing realities. Too crowded, noisy, smoky and generally hectic. Nevertheless, for some time now it has not been possible to resort to the good old method, within which it is possible to organize a significant reduction in the population of neighbors on the planet (and, besides, earn a lot) in the form of a world war, for some time now, due to all understandable reasons of a military-technical nature. The general carnage will inevitably develop into a nuclear Armageddon - and a "final la comedy". The most luxurious bunker will still remain a bunker.

If we assume that in certain circles there was a persistent and in-depth search for some alternative solution, then the coronavirus pandemic is quite "pulling", at least, for an experiment to bring it to life. And, there are fears that the experiment is quite successful. By the way, in addition to a net reduction in the number of "extra mouths" (note that COVID-19 kills primarily the elderly, whose content is a heavy burden on the state budgets of many countries), along the way, other tasks were brilliantly solved. For example, a completely reliable way has been found to disperse and lock up millions of people in their homes, and without the use of military-police forces (or almost without use). But this, again, is only the tip of the "iceberg".

By and large, in our life, in spite of very vague and weak protests of a certain part of the world's population, a really "new order" is being introduced, and such that Adolf's comrades never dreamed of. At the same time, pessimists claim that the total dictatorship of universal and compulsory vaccination, QR codes and other similar things, which has already become a reality, has returned humanity with extraordinary ease not even to the "era of totalitarianism", but to the very, most dense Middle Ages with its division people into "grades" and castes. It's hard to argue with them, isn't it? Let all these things be based on the best intentions and the right reasons, but how to get rid of gloomy thoughts about where they will eventually lead us?

Once upon a time, futurists hypothesized that obscene military-industrial corporations could seize power over the world. Or the computer and telecommunications giants. Before our eyes, it goes to "big pharma" absolutely without any struggle - giant paramedical concerns, in whose hands the production of drugs is concentrated, which from now on will be fed (or injected) to us on a mandatory basis until the end of our days. This, again, is absolutely fantastic super-profits, but it is also power. Almost absolute. Yes, COVID-19 appears to be about to end. However, what prevents to return to the world stage all the same "scenery" and "props" at any necessary moment? To tell the truth, I was really horrified by the revelations of Bill Gates, who said in another interview that the world “should prepare for the fight against bioterrorism” and this preparation will cost many billions of dollars.

I'm afraid this character, who is the # 1 (private) sponsor of the World Health Organization, knows what he's talking about. As for the pandemic, I remember that he also uttered something like that ahead of time. He predicted and warned. Rumor has it that without his "blessing" not a single head of WHO is appointed - at one time the corresponding investigation was published by the American edition of Politico. And if one of those who personifies the "golden billion" promises to all of us "bacteriological or viral attacks", which should, abandoning all other matters, prepare the governments and peoples of the whole Earth to be repelled in a friendly manner, then, as something suggests, they will follow. Moreover, it is indispensable and obligatory.

Yes, the "COVID-19" project has to be curtailed - if only because it unexpectedly and insidiously dealt a crushing blow to another undertaking of the "golden" - the "global green revolution". In theory, pandemic hardships were supposed to prepare the "broad masses" for those serious inconveniences and losses that they would have to go through in the process of general "decarbonization", to make people more agreeable and accommodating. However, as the Americans say, "something went wrong." Instead of a collapse in energy prices (and this was undoubtedly one of the key goals of the pandemic), a global crisis happened that drove them to the skies. Real hunger looms on the horizon, which means that the situation may take a turn, in which no quarantine restrictions will work anymore. If we assume that the appearance of COVID-19 in our world was just a rehearsal for establishing a new order in it, then from a certain moment it went completely out of the script, breaking all the canons and severely wounding the tender souls of the “scriptwriters” and “directors”.

In light of this, the assumptions expressed by our fellow scientists, about which our publication has already written, that Omicron is a "live vaccine", an artificially created strain designed to complete the current cycle, look more than plausible. Why not "zero out" the process without waiting for it to get out of control. There is nowhere to rush - it will be possible to start all over again whenever you want, the number of repetitions is not limited here, because to step on all the same "rake", amazed at the knocking that is heard at the same time, humanity is capable of infinity. To release a “mop-up group” after the “elimination team” for safety reasons is a classic.

Apparently, COVID-19 has exhausted its own potential in the eyes of its creators and beneficiaries. Therefore, it is time for him to leave - after all, he did his job. Some, however, do not think so. For example, the pharmaceutical company Moderna has already spawned a new "horror story". They are frightened by the fact that "strains" Omicron "and" Delta ", once in the same organism, can" unite ". As a result, "a new version of the virus will be created," a kind of sinister "super mutant", creepy and deadly. Why is it so, if it is based on a strain with the lethality of seasonal flu? Well, you can understand people. Such money is at stake, and then suddenly "bam" - and collective immunity, and for nothing! When else will a new pandemic begin? Such impatient ...

COVID-19 time is running out. However, we all need to look at things realistically and be aware that those who gained during the pandemic and thanks to it billions in accounts and completely new perspectives on manipulating and managing people are unlikely to want to part with such attractive opportunities. Alas, our world will most likely never be "pre-pandemic" again. COVID-19 will leave it - not now, so a little later. However, what will replace it?
Reporterin Yandex News
Reporterin Yandex Zen
6 comments
Information
Dear reader, to leave comments on the publication, you must sign in.