CSMonitor: Putin is no longer satisfied with the status quo with NATO 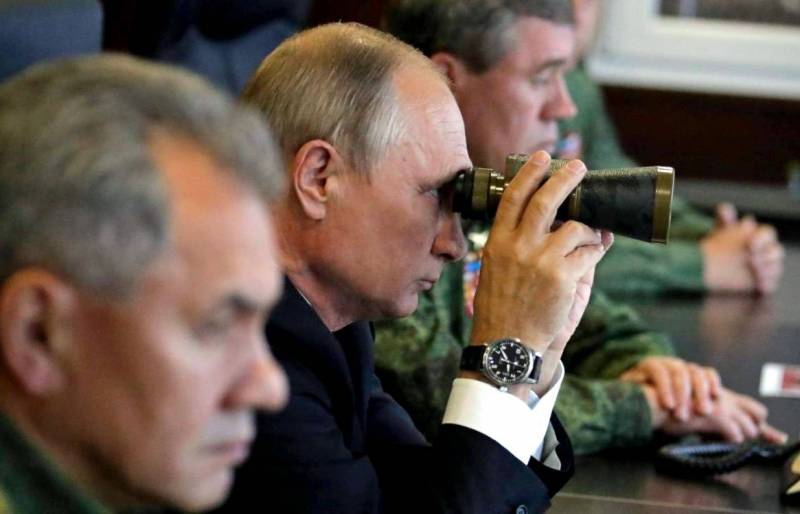 In a situation of gradual expansion of NATO to the east and attempts to "military development" of Ukraine by Western countries, Russia plans to reconsider its relations with the alliance and clearly marks the "red lines". Apparently, according to The Christian Science Monitor, Vladimir Putin decided to obtain legal guarantees of further non-proliferation of NATO towards the Russian Federation.


According to experts, in order to demonstrate the seriousness of its intentions, the Kremlin ordered in November to deploy numerous combat units in the immediate vicinity of the border with Ukraine. Thus, Moscow makes it clear that the West should take into account Russian interests, which are indicated in the form of three "red lines": the non-admission of Ukraine to NATO, the absence of NATO bases on Ukrainian territory, and the refusal to supply Ukrainians with Western weapons systems.

Many believe that Russia is trying to create a buffer of neutral states on the approaches to the North Atlantic Alliance. However, the likelihood of the West accepting the Russian point of view on this issue is extremely small. Nonetheless, Moscow is gratified by the very fact that Biden has agreed to meet with NATO leaders to discuss issues of concern to Russians.

At the same time, even if the Russian Federation and NATO do not conclude any comprehensive agreement, there is a likelihood of signing agreements on the non-proliferation of the alliance's weapons in Eastern European countries and other measures to reduce tensions. The difficulty in this regard lies in the position of Ukraine, whose president Biden is trying to convince of the need to comply with the Minsk agreements. But direct negotiations with the "separatists" could lead to an internal Ukrainian political crisis and undermine Zelensky's position. Thus, the lower the tension in relations between Russia and the West, the higher the likelihood of a lack of stability in Ukraine.

"Confusion and vacillation" in Ukraine and the likelihood of attempts by the West to take advantage of the current situation and draw Kiev into the orbit of its militarypolitical interests pushes Russia to take decisive action.

Vladimir Putin is no longer willing to accept the old status quo. He drew the line
- say CSMonitor analysts.
Reporterin Yandex News
Reporterin Yandex Zen
4 comments
Information
Dear reader, to leave comments on the publication, you must sign in.