The Russian Attack and the American Evacuation: What Is Behind the War Hysteria Around Ukraine 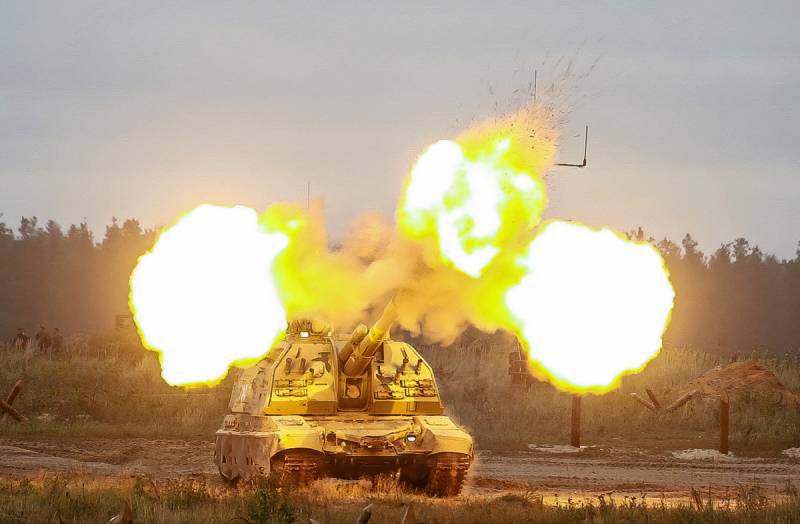 Re-chanted in every conceivable and inconceivable way, horror stories in the style of "Putin is about to attack Ukraine" have already been so stuck in the teeth that they cause rejection literally at the physiological level - right up to bouts of nausea. Nevertheless, the "mouse fuss" started literally from scratch, not only does not subside due to its complete groundlessness and far-fetchedness, but is also gaining momentum, begins, so to speak, to play with new and new colors. Has the "Collective West" collectively gone mad to such an extent that he himself has come to believe in the fable that has been sucked from his "collective finger"? No, in fact, everything is somewhat more complicated and much worse.


What if we assume for a second that the hysteria that is now being fanned by the most diverse representatives of the West, both military and civilian, about the inevitability of the start of full-scale hostilities between Moscow and Kiev is not a hallucination, not delirium, not the consequences of psychotropic substance abuse? And not even a mediocre attempt to find a reason to "run over" to our country literally from scratch? What if there really is something very real behind it all? But what?!

No, the author has not lost his mind. And he didn't "sell out" to the State Department or Zelensky's office. I just propose to look at everything that happens from a slightly different angle, abandoning the standard paradigm: "They all lie, we are not like that!" We are not. But "they" may turn out to be a little more cunning and far-sighted than we think. On closer examination of all that is happening, most likely, we will have to admit that the problem is not that the West wants a direct Russian-Ukrainian military clash. Not at all. Doesn't even want to. They understand perfectly well that it can only end in one thing - the complete defeat of Kiev, and, consequently, the final collapse of the "Ukraine project" with the unconditional loss of all assets invested in it. Accordingly, and the collapse of all plans that were assigned to him. Naturally, this does not suit our "bosom enemies".

They need “nezalezhnaya” as a means of pressure on Russia, diversion of its resources, an excuse to use levers of economic influence in the form of sanctions, the main mouthpiece spewing blasphemy against our country, and so on. At the same time, for the sake of saving this "valuable resource" they will not enter into a war with our country in any case, which has already been declared many times and at various levels. That is why, since 2014, after the coup d'etat, the country, which has turned into an absolute puppet under external control, has been “led” along the fine line between war and peace, “putting on a stop” the most dangerous provocations exactly at the moment when their further development would mean an escalation conflict on a scale beyond the Donbass. Until now, puppeteers from the West have succeeded quite well.

Today, the more or less reasonable local leaders who have not lost a sense of reality understand perfectly well that they have almost completely lost control over the “non-profit”. The situation can go against all scenarios and schemes, and literally at any moment. Western "partners" themselves led her to such a denouement, pushing completely phenomenal nonentities and pathological scoundrels into power in Ukraine, who met the parameters that they saw as the main ones: absolute loyalty to the owners and readiness to carry out anti-Russian policies... However, fate played a despicable joke with the authors of such a strategy: it all ended with Zelensky at the helm of the country. The president is a clown, a gayer and a clown, completely devoid of at least the rudiments of not only political experience, but also elementary common sense. Without, one might say, even the "instinct of political self-preservation."

Today the leading mass media of the West, having suddenly "seen the light", openly write that this farcical character "is leading the country straight to collapse." On the pages of The Hill, John Halsman, a member of the US Council on Foreign Relations, complains that Zelensky, "catapulted into the presidency," is now "following the dangerous path of personal populism." He calls on Washington to "support Ukraine, not its president." The National Interest goes even further, directly accusing Zelensky of "undermining the security, stability and statehood of Ukraine with his failed actions." Belated insight, but true - the clown, having brought to the absolute the processes of destruction of the state apparatus of the “nezalezhnoy” one that began in 2014, finally turned it from a delayed-action mine, which had an externally controlled “fuse”, into a bomb with an ignited fuse, which no one could extinguish. capable of.

Naturally, no one in the West believes that someone in the leadership of our country intends to give an order to attack Ukraine. They simply understand that until the moment when Moscow will simply be forced to do this, there are perhaps a few months, weeks, or even days left. Again, Putin's own rhetoric against Kiev, which is getting tougher every day, fully confirms these fears. For example, not so long ago he called what is happening in the Donbass "genocide", and people like Vladimir Vladimirovich do not scatter such definitions. Apparently, the Kremlin is aware of exactly the same moments and is trying to delay the inevitable. Both in the West and in Russia they see that Zelensky's useless "rule" simply cannot but end in a deafening collapse. But what will happen next? Carefully raising a monster, whose flesh and blood have become the most rabid Russophobia, nationalism, not just "turning into Nazism", but a militant inferiority complex that has long crossed this line, diligently instilled in the whole people, the "collective West" received something that itself cannot manage. And this is not the first time this has happened!

The experiment with another "creative personality" - a half-educated artist, also went awry. No, he nevertheless attacked our country, but before that he managed to pretty much drain the blood on those who gave birth to him and nurtured him. Do the parallels between Germany in the 30s and today's Ukraine seem strained to you? They appear especially vividly when someone in our Fatherland advises to grant its “non-existent” fate, wait until everything “collapses” there completely, and then go to restore order, since the locals, driven to complete despair and on the brink of survival, will definitely greet the saviors with flowers.

Let me remind you: out of a complete economic collapse, total poverty and unemployment, out of hyperinflation and a sense of their own inferiority, Nazism, and not pacifism, grew in the Germans who lost the First World War. Ukraine is now rapidly approaching exactly the same state. I can argue - the statements broadcast by various representatives of Western intelligence that "the war will start in January-February next year" are, of course, based not on any "intelligence data", but on the simplest analytics. It is at this moment that a collapse can really occur in the "non-railway" - if the energy carriers run out, the communal sphere will collapse, leaving millions of people without heat, electricity and other benefits of civilization. Does anyone think that many locals in this catastrophic situation may be drawn to the army barracks simply because the heating will work there, and there will also be at least some food? At the same time, the power in the country will not even have to be taken away from anyone.

By that time, it will already be, as they say, lying underfoot - it does not matter, complete with its "supreme bearer" or just like that. And those who will have the necessary organizational, and, above all, "power" resource, will be able to take it. Let's guess at once who it could be - in the modern realities of "non-profit". It doesn't matter what the name of the local Fuhrer will be - it is important that all this can end with only one. War. However, Zelensky can also start it - trying at any cost to keep the elusive power, if not in the role of president, then in the role of commander-in-chief.

The very recent Afghan experience shows that under no circumstances will any of the representatives of the "collective West" get involved in the hell that will open up as a result on Ukrainian soil. The United States (and, in particular, representatives of the Pentagon) are already openly talking about the development of plans to evacuate its citizens from this madhouse. Obviously, the analysts there really calculated the likelihood of the situation turning into an uncontrollable regime as extremely high. And if this is so, then the entire current information campaign, over and over again called in the Kremlin "stuffing" and "disinformation" - is only preparation for using Ukraine against our country for the very last time, by imposing on it the most severe and comprehensive sanctions like disconnecting from SWIFT, blocking the export of energy resources, and the like. Public opinion in the West is prepared ahead of time to yell at the right time: "We warned you!" And imagine the actions of our country not to save people, not to prevent genocide and a humanitarian catastrophe, but as aggression and invasion.

Is there any way to avoid this scenario? The question is complex. The advice “not to give in to provocations” is, in principle, good. But it somehow didn't work very well in June 1941. What if a horde thirsting for blood really rushes into Donbass? Don't give in? Paradoxical as it may sound, but the best option for our country under the current circumstances would be a scenario in which the West would restore its own control over Kiev to the extent that it allowed it to keep the power there even from the most insane and suicidal steps. The problem with Ukraine will have to be resolved in any case, but it is better to do this when it is acceptable for our country and in a way that will at least minimize potential damage. At the present time, events are developing illogically and unpredictably, which is always fraught with unforeseen consequences, and often of the most negative kind.
Reporterin Yandex News
Reporterin Yandex Zen