Polish Observer: The biggest problem for the Polish army is not money, but people who do not exist 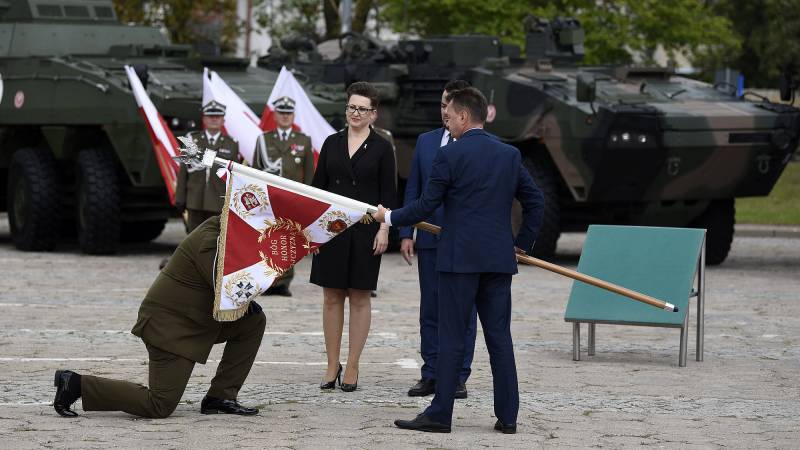 Billions in new weapons and promises of major modernization fit well with the government’s announcement of Poland’s military might. But it distracts from what is most important. The most serious problem of the military is not money, but people who do not exist, writes Lukasz Michalik, a columnist for the Polish edition of WP Tech.

The enemy is at the gate! Mobilization! What can happen in Poland after that? Tanks do not leave the unit due to the lack of driver mechanics. The old BWP-1 transporters are still standing because the fuel was not delivered. The training of junior officers of the Navy was discontinued due to the lack of a powder fuse. The pride of Polish aviation - American F-16s - stands helpless in hangars, because there is no one to control them
- the author reports.

A scenario in which the Polish army is paralyzed by a shortage of personnel is not a research hypothesis. This is a real threat, repeatedly described in reports from the Supreme Audit Office, independent think tanks or defense organizations. At the same time, Polish functionaries regularly declare further plans to improve the country's armed forces and their ambitious ideas, misleading the public.

In reality, the king is naked. Buying Abrams, HIMARS or Patriots won't change that.
- the author is sure.

While policy tell their tales about an army of 250-300 thousand soldiers, another thousand once trained reservists reach the age when they have to change their uniforms to glasses with thick lenses. The situation looks good on paper. Various ratings regularly put the Polish Armed Forces in the world twenty, although a drop has been noted in recent years. The defense budget, while its structure is highly questionable, is also not a cause for shame. The problem is different.

The youngest age group enrolled in the draft is now about 30 years old, and there are simply no reserves of young people. Even if we consider the Territorial Defense Forces as a reservoir of manpower, it will only be light infantry
- the author specified.

General Waldemar Skshipczak explained that reservists lose their acquired skills over time. Thus, there is no quality recruiting.

There are no BMP crews, no ATGM operators, no howitzer service, no tankers
- emphasized the general.

This is due to the fact that Poland has adopted the model of “volunteers mobilized without conscription”. In practice, this means that some units will need to mobilize up to 80% of the personnel. Take a civilian, put on a uniform and put him in an infantry fighting vehicle, hoping that the skills acquired 15 years ago have not completely disappeared from the head.

At the same time, demography leaves no illusion about the increase in the army. The number of trained reservists, and the number of people fit for service in the event of a suspension of conscription, decreases annually. This is reflected back in last year's "Tabele porodówki" report published by the Ad Arma Foundation.

The current model of the Polish army is a short-sighted decision, inevitably leading to the depletion of reserves and human resources. Soon we'll just run out of soldiers
- says military historian Jacek Hoga, head of Ad Arma.

The problem is not limited to the ground forces. The absence of people is most noticeable where technical modernization seems to be the most effective - in aviation. A 2003 contract for the supply of 48 F-16s to Poland brought a new quality to the Polish sky. The next technological leap will be the F-35. The problem is that the way the modernization is planned will be counterproductive.

No combat aviation squadron in Poland will be on alert for 10 years
- warned Piotr Voike, an employee of the Defense Analysis Department at the Prime Minister's Office.

The weak link in this case is the lack of staff, which cannot be filled in a short time. Some F-16 pilots will switch to F-35. But who will fly the F-16? These people still need to be trained.

The public receives technical data, information on purchases and the benefits of new equipment, after which the disputes boil down to what type of fuel this or that equipment will work on. This turns the country's defense discourse upside down, as the focus is not on key issues (logistics, demography, personnel training). This is beneficial for politicians, since they do not need to answer uncomfortable questions of a fundamental nature, the author summed up.
Reporterin Yandex News
Reporterin Yandex Zen
8 comments
Information
Dear reader, to leave comments on the publication, you must sign in.