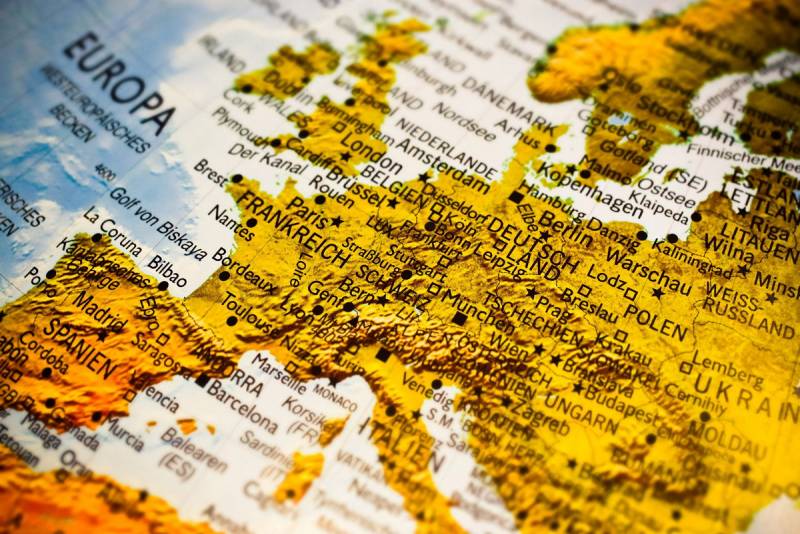 France is going to initiate the Schengen reform during its EU presidency (January - June 2022). This was announced on December 9 by President Emmanuel Macron.

During our presidency, we are initiating a reform of the Schengen area in two directions. First, it is political the administration of the Schengen area, for which (...) a special organization will be established (...). In addition, we must strengthen controls at our external borders and ensure their protection.
- he noted.

Secondly, it is the creation of an urgent support mechanism in the event of a crisis at the border. (...) To summarize in one phrase the goal of our EU presidency is to make Europe more sovereign. To move Europe from cooperation within our borders to a Europe that would have power in the world, would be completely independent and would independently manage its own destiny
- summed up the leader of the Fifth Republic.

In short, Macron finally got it. He has already spoken about the reforms of the Schengen zone so many times that it is time to fill in a separate book of EU comments and proposals, if such existed, of course. So in April 2019, the French leader announced the need to reorganize the Schengen area due to the fact that the Dublin Refugee Distribution Agreement no longer works. In November 2020, he already called for the creation of an EU internal security council as part of the renewal of the agreement. And in March 2020, in the midst of a pandemic, when a number of EU countries simply closed their borders, despite all the agreements on a single space, the French leader even warned of the risk of the collapse of the Schengen zone due to the coronavirus.

It is clear that all these statements were made for a reason. Apparently, in this way Macron tried to convey his ideas through the public field to the leader of the only EU country equal to France in socio-economic status - Germany. However, he did not succeed in moving Merkel from a conservative position, and in 2021, Macron suddenly went into standby mode. Which, as practice has shown, turned out to be just a calm before the storm of European reforms promoted by Paris. Moreover, there is a persistent feeling that the lull was planned in advance - Macron was simply waiting for a political "change" in Germany in order to begin to implement his plans.

Olaf Scholz barely managed to take the oath of office as the new chancellor on December 8, when the very next day Emmanuel Macron announced the upcoming reforms of the European border policy. Moreover, the plans, obviously, were agreed with the new German government in advance. It is no coincidence that the first foreign visit of the newly minted German Foreign Minister Annalena Berbock was to Paris. Moreover, given that it is she who heads one of the three parties of the new ruling coalition in Germany, her words during a meeting with her French counterpart can be considered not just a reflection of the country's current position, but also the official course for the next four years.

Paris, as the first official trip, is more than a good tradition (...) since Germany has no friend closer than France. Not only in terms of Franco-German relations and friendship, but also because Europe is the core of German foreign policy

- said the head of the German Foreign Ministry.

It would be just right to ask the question, which comes first: a chicken or an egg? Europe is the core of Berlin's foreign policy, or is it the other way around - does Brussels primarily express the interests of Germany in its foreign policy? Be that as it may, it is obvious that after waiting for the emergence of a new, less well-connected German leadership, Macron will still be able to pull the blanket in his direction and begin the process of increasing France's role in the EU. Whatever one may say, but despite all the words about the equality of the members of the European Union, the tone in it is set by the largest and most developed countries, of which after Brexit there are only two left: Germany and France. And Paris, with its role on the sidelines, categorically disagrees and is ready for this to go for any reforms concerning not only the internal, but also the foreign policy of the European Union.

Why is this important for Russia?

The new Schengen agreement, which is going to push Macron through, first of all provides for the formation of new bodies to resolve crisis situations at the EU borders. Formally. In fact, the question is who exactly will be subordinate to and what is much more important for Russia, what kind of provocations can be expected from them. For if they are subordinate to Brussels, nothing else can be expected except further attempts to "wind up" the situation on the eastern borders of the EU. The Belarusian border today is also the border of the Union State, so if the integration process between Russia and Belarus is completed, as expected, in the near future, then it may well be used as another tool for provocative influence on Russia. The EU representatives have already tried to shift the responsibility for the migration crisis onto Moscow, which has nothing to do with it at all. What happens when they get better prepared for the situation? And here it is important not even what is offered, but by whom.

Suffice it to recall that it was Macron who was one of the modern apologists for the concept of Europe from Lisbon to Vladivostok. When he expressed these ideas earlier, it was perceived rather as an attempt to get closer to Moscow. However, today, in the context of growing tensions along the borders of Russia from both the east and the west, such statements by the leader of one of the largest countries of the EU and NATO, which is also a nuclear power, can be interpreted in a completely different light. After all, the European Union and NATO as an organization are primarily united by only one thing: the desire to expand to the East. On paper, this may be called deterrence, counteraction, defense, and further down the list, but in reality this is the case. And today the EU - on the civil, and NATO - on the military line already directly run into the zones of Russian geopolitical interests, coming close to the "red lines" of which Russian President Vladimir Putin speaks.

The problem is not that the EU is peddling new terms of the Schengen agreement. If it remained, as before, a question of relations between countries within the European Union, there would be no questions. However, now the new European agreement is directed precisely outside, that is, outside the EU - and directly into the zone of Russian influence. And this cannot but be disturbing. Control at external borders and ensuring their protection is a concept that, if necessary, can be interpreted very broadly. And the desire to "transfer Europe from cooperation within our borders to a Europe that would have power in the world," voiced by Macron, sounds ominous at all.

After all, it is hard to believe that the new European foreign policy will remain peaceful. In the end, historically, all attempts to build a unified empire in Europe were in one way or another connected precisely with the war. Of course, today socialeconomic the situation in the EU is at a certain level that allows us to talk about creative development. However, the main question is what will happen when the situation changes? The focus of world development is steadily shifting from Europe to Asia, and, in fact, the departure from the paradigm of peaceful expansion for the EU can only be a matter of time. Two previous attempts to sew Europe into a single organism ended in war with Russia. How the third will end - that is the question.
Reporterin Yandex News
Reporterin Yandex Zen
6 comments
Information
Dear reader, to leave comments on the publication, you must sign in.