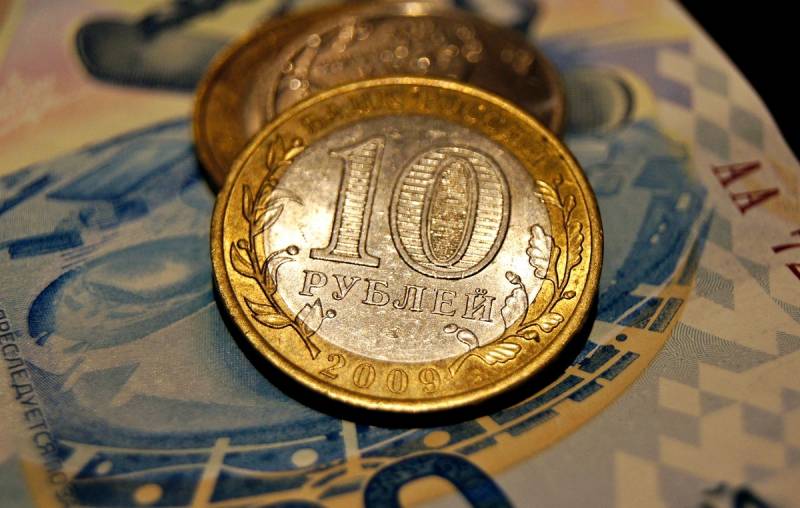 Russia may be disconnected from the SWIFT system as part of a new package of sanctions being considered by the American side, CNN reported on December 6. There is no final decision on the imposition of restrictions yet, but US officials are now actively exploring options for introducing "damn aggressive", as the source put it, sanctions against Moscow. Moreover, we are talking primarily about striking a blow simultaneously on several sectors of the Russian economics: primarily in banking and energy.

Of course, on the one hand, it would be naive to take all this at face value, because the next "sensational" news about Russia's disconnection from SWIFT surface almost every month. However, on the other hand, they emerge precisely because time is running out, and the threat of the notorious shutdown is not going away. And if the switch turns out to be turned, then the consequences can be extremely unpleasant, no matter what opinions are on that score. Thus, Vladimir Dzhabarov, First Deputy Chairman of the Federation Council of the Russian Federation for International Affairs, has already commented on the situation of disconnecting from SWIFT.

As far as disconnecting from SWIFT is concerned, this is absolutely out of the realm of fantasy. There is a world economy, a world payment financial system, it will not stand this, because Russia is a huge country, a great partner of many other states. I cannot imagine how, for example, Germans in suitcases and bags for shuttles will carry money to Russia for the supplied gas. How else to pay? Either in cash or through banks. This is all from the realm of fantasy
- said the senator in an interview TASS.

And in principle, if his forecast comes true, then nothing threatens the Russian economy. The catch, however, is that the Americans don't really care about how the Germans pay for Russian gas. Exactly like that saying about the sheriff, Indians and problems. After all, Washington, as noted by another senator - Deputy Speaker of the Federation Council Konstantin Kosachev, “assumes the functions of the attorney general, judge and bailiff”. And one for the whole world. So, the global financial consequences from the shutdown of the Russian Federation - the sixth (in terms of PPP) economy in the world, from the international system of interbank payments are hardly of any interest to Washington. On the contrary, it is an ideal way to once again put pressure on our country and make life difficult for its citizens. After all, disconnecting from SWIFT is, if not financial isolation, then something extremely close to it in the current realities. Of course, you can always find workarounds, but any international economic activity, including investment, will dramatically complicate this.

You don't have to go far for an example - just look at the same Iran, disconnected from the SWIFT system at the request of Washington in 2018. Today, money can be transferred to companies and individuals in Iran only using workarounds - either in cash or by transfers to personal accounts in intermediary banks in the UAE, Turkey, Iraq and financial organizations that are de facto owned by the Iranian side, but de jure located behind outside its territory. It is already clear what this has led to - a significant increase in transaction costs and the fact that many organizations simply stopped cooperating with Iranian firms and doing business in this country. Transnational corporations were already not too interested in causing displeasure in Washington, and after Donald Trump's efforts to tighten sanctions against Iran, they did their best to cut off all official contacts with Iranian counterparties. The risks of running into a large fine from the US Treasury are too high. Of course, a significant part of Iranian cash flows went into the shadows - away from the predatory American gaze, but for the country's economy this is more of a negative signal. Closure and non-transparency in the context of globalization can hardly benefit any economic system, let alone the weakened Iranian one.

So, speaking about the consequences of switching off SWIFT for Russia, one should first of all think not about theoretical consequences, but about real examples of life without it. Today SWIFT is the circulatory system of world finance, through which funds are transferred from one bank to another, regardless of their territorial affiliation. And disconnecting a country from it is like cutting off its oxygen channel in an economic sense, significantly reducing its cash flows. However, as it turns out, the United States seems to be a little of such a threat to Russia, and they plan to deal another blow to the Russian economy. This time - by national currency.

Ban on converting the ruble

According to Bloomberg, reported by RBC on December 7, the United States and the EU are planning to introduce restrictions on the conversion of rubles into other currencies, as well as the ability of investors to buy Russian debt on the secondary market.

The most radical option would be to deny Russia access to the SWIFT financial payment system, but (...) officials are more likely to pursue the country's ability to convert rubles into dollars, euros or British pounds
- reports Bloomberg.

It is expected that such sanctions may be imposed on not only Russian banks, but also against the Russian Direct Investment Fund (RDIF). Moreover, the latter is not mentioned here by chance, because it is through RDIF that Russia is distributing its Sputnik V coronavirus vaccine abroad. That is, Washington not only wants to bleed the Russian economy, depriving it of cash flows, but also to hit the Russian reputation. The renewal of contracts for the purchase of the Russian vaccine will obviously take a significant amount of time, during which supplies will be forcedly suspended, which means that the ability of the Russian side to fulfill its obligations will be in question.

Although this is only a small part of the possible consequences. In short, in the absence of any absolutely brilliant moves from the Central Bank of the Russian Federation, bordering on a miracle, the ruble exchange rate can expect a repeat of the events of 2014 - the largest collapse of the national currency since the 1998 default. And this is not a pessimistic scenario, but the banal laws of the market. For example, if the conversion of the British pound is prohibited tomorrow, the effect on its exchange rate will be approximately the same - a sharp drop as a result of a decrease in demand, except for its status as a reserve currency. In the modern world flooded with fiat, that is, unsecured money, the impossibility of converting a monetary unit can lead to disastrous consequences. And then - along the chain. A fall in the exchange rate will inevitably lead to a decrease in the purchasing power of the population. One way or another, the printing press will have to be started up, which will only further accelerate inflation. This is not to mention the fact that a banal currency exchange will become a problem not only for citizens, but also for business, which will immediately hit production, disrupting supply chains and deteriorating positions in international markets. Alas, this is now the real state of affairs, which, of course, must be tried to change.

What's the way out?

Speaking about the gloomy prospects of the ban on the conversion of the ruble and the excommunication from SWIFT, it should be understood that all these are not immediate circumstances, but the consequences of a long-standing systemic problem that arose in 1991, after the Russian economy embarked on the capitalist path of development. The dependence on financial instruments, the levers of which are located overseas, which arose in the 90s, became an inevitable consequence of the full opening of the Russian economy and its inclusion in the global financial schemes dictated by the collective West. Nevertheless, there is a way out, and it lies on the surface. For fifteen years now there has been an international organization founded within the framework of the St. Petersburg Economic Forum and designed to become an alternative to a purely Western view of the world and American hegemony in it. Then Brazil, Russia, India, China and South Africa, which later joined them, formed the BRICS - a block of countries, due to the growth of which, according to experts, the further development of the world economy will be achieved. As of 2020, the aggregate GDP of the BRICS countries is 25% of the global one, the share in international trade has reached almost 20%, and the growth of mutual trade from 2015 to 2019 amounted to 45% - that is, the ties between the bloc countries are only strengthening. Thus, Russia is already a member of a large international association capable of competing with the West, so what, one wonders, prevents the creation of an alternative to SWIFT on its basis?

Nothing. Moreover, the process of abandoning SWIFT in Russia has been launched and is in full swing. The system for the transmission of financial messages (SPFS) has already been created and is functioning - the Russian analogue of the system of international settlements. Moreover, the results of her work are evident. So, the share of messages sent through the system at the end of 2020, as follows from the presentation of the first deputy chairman of the Central Bank Olga Skorobogatova, increased by 1,8 times. And not only within the country, because 23 foreign banks have already connected to the Russian system: from Armenia, Belarus, Germany, Kazakhstan, Kyrgyzstan and Switzerland. At the same time, the share of SWIFT in domestic Russian settlements, which exceeded 80% five years ago, has decreased four times - to 20%. That is, the Russian alternative is working, the only thing it lacks is real scaling in the international arena, on which all efforts must be thrown along the lines of diplomacy and foreign economic relations.

Thus, the way out of the seeming stalemate is simple: Russia needs to get rid of its "Swift dependence" and accelerate the pace of SPFS transformation into an alternative global payment system. After all, the circle of countries through which it could be expanded is already emerging. First of all, these are the BRICS countries: Brazil, India, China and South Africa. In addition, it would be logical to involve North Korea and Iran, which were disconnected from SWIFT in 2017 and 2018, respectively. It is high time for the world, suffocating under the yoke of the American financial yoke, to provide a real alternative - an international payment system that will be truly independent, and not serve the foreign policy interests of the United States. And the threat of disconnection from SWIFT should sink into oblivion - following the American unipolar world, where it is most dear to.
Reporterin Yandex News
Reporterin Yandex Zen
9 comments
Information
Dear reader, to leave comments on the publication, you must sign in.