Ukrainian media on gas shortage: Only "subtropical winter" will save us 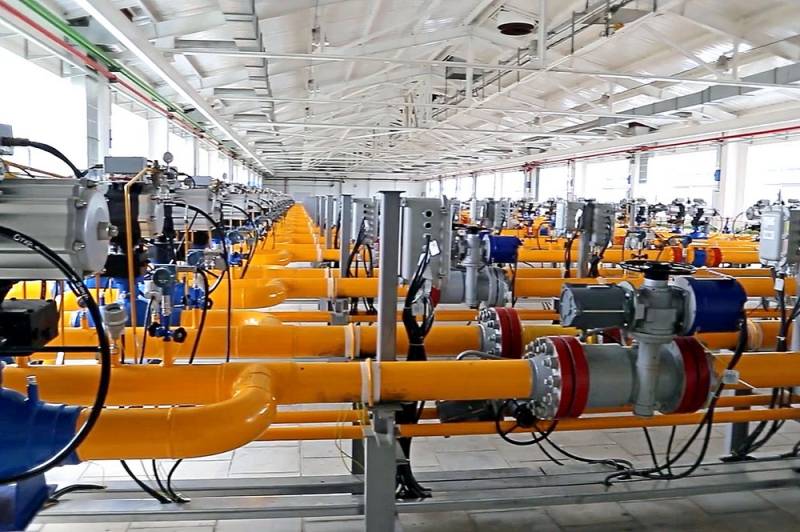 The reserves of "blue fuel" in underground gas storages in Ukraine are decreasing by 2-3 percent every day and may not be enough until spring. The main winter energy raw materials have not been pumped into UGS facilities since the beginning of October, according to the Ukrainian news agency UNIAN.

This autumn was extremely favorable for Ukraine. The average temperature in November was + 7- + 8 ° С. At the same time, over 2 billion cubic meters of gas were pumped out of the UGS facility in that month. m. of gas. There are still 4,5 months ahead when it is necessary to heat the premises and infrastructure. But the volume of consumption of "blue fuel" will largely depend on weather conditions, since on frosty days the gas extraction increases, and decreases with warming.

The authorities assure that there will be enough gas for Ukraine for the winter. But an elementary mathematical calculation indicates that this will happen only when all Ukrainian officials and power engineers ask Grandfather Frost for a fabulous gift - "subtropical winter" so that the air temperature does not drop below zero.
- explains the media.

Frosts in January-February can create a daily fuel shortage of 30 million cubic meters. m. of gas. In order not to turn off the population, the government may have to restrict the supply of raw materials to enterprises. By March, Ukrainian UGS facilities will have reserves that cannot be pumped out, since they maintain the required pressure - this is a buffer gas and there will be a shortage of raw materials.

Ukraine can theoretically pass the heating season “with grief in half”, but the need for gas will not go anywhere. The most painful issue for the residents of the country in the new year will be the price of gas. From May 1, the fixed price for gas for the population will expire and market relations will begin. This suggests that the next heating season may become even more shocking and people will not be able to pay "space" bills for communal apartments.
Reporterin Yandex News
Reporterin Yandex Zen
13 comments
Information
Dear reader, to leave comments on the publication, you must sign in.