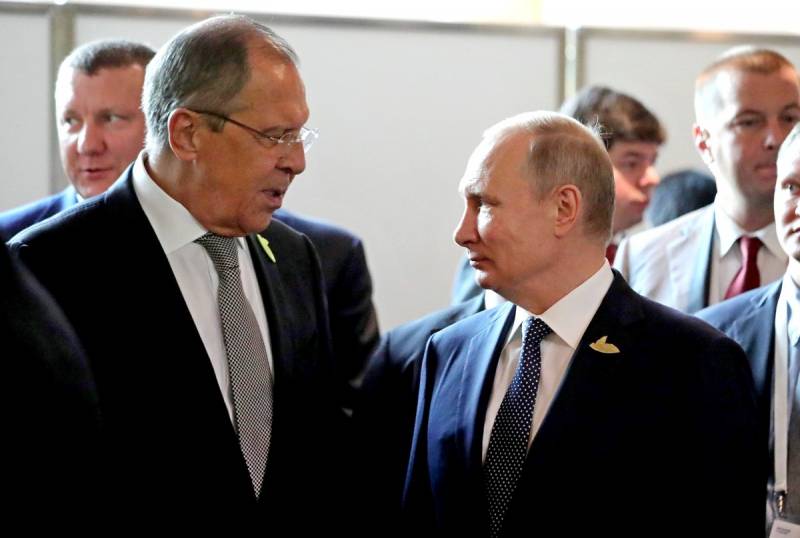 The colder it gets, the hotter the situation around Ukraine. Western journalists are drawing maps with might and main with scenarios of a military invasion of Russian troops, while in Moscow they say something about "red lines" that cannot be crossed by the United States and NATO as a whole. It is precisely about the "red lines" that I would like to talk in more detail.


President Vladimir Putin said some time ago that he considered the "red line" in relations with the United States to further approach the military infrastructure of the NATO bloc to the Russian borders, as well as the deployment of strike weapons in Ukraine, including hypersonic ones (it turns out that not only we can the alliance to frighten with the irresistible existing air defense / missile defense "hypersound"). To this, his American colleague Joe Biden stated the following:

I do not recognize anyone's red line.
So, short and clear. Why is the Russian diplomacy of the "red lines" not working? Let's figure it out.

First of all, you need to start by defining:

"Red line" or "red line" (from the English red line), which cannot be "crossed" - this is policy designation of the limit of patience of one of the parties, a position in violation of which "safety is no longer guaranteed."
Immediately, we note that the definition itself contains the weakness of this approach:

At first, he de facto legitimizes any behavior of the opponent, which does not affect this "red line", that is, he unties his hands.

Secondly, there is no concretization of response actions in case of violation, transition of the "red line". What exactly will the Kremlin do, declaring that it is unacceptable to deploy American hypersonic weapons in Ukraine, if the Pentagon does place them there? An immediate nuclear strike on Washington? Capture Kiev? Give the United States a discount on Russian fuel oil and diesel fuel? Just offended? What exactly and who should be afraid of?

Sorry, of course, but if you are going to scare the United States and its vassals in Europe, then you have to answer harshly and consistently, and we have problems with this. The last time Russia came out almost convincingly was in 2008. In response to the Georgian aggression against our peacekeepers, the RF Armed Forces, albeit with considerable difficulties, won a victory and almost reached Tbilisi, stopping only 40 kilometers from the capital. True, after this all the results of the military victory were at once crossed out when the Russian troops were ordered to return back. And now Georgia is one of the most anti-Russian countries in the post-Soviet space and will undoubtedly join the western NATO bloc.

How many conceivable and inconceivable “red lines” have already been crossed in Ukraine is simply scary to remember. How could you calmly watch and not react when the Nazi scum burned people alive in Odessa on May 2, 2014, and on Victory Day they crushed people with tanks in Mariupol? How many Russian people, adults and children, were killed during the shelling of the Ukrainian Armed Forces of peaceful cities and towns in Donbass? President Putin said something about the fact that the Russian army would stand behind the backs of women and children:

And let one of the servicemen try to shoot at their own people, behind whom we will stand behind, not in front, but behind. Let them try to shoot women and children! And I will look at those who will issue such an order in Ukraine.
So they have been standing for the eighth year not in front, but behind. We have "multi-way". And the Ukrainian servicemen are still shooting. To be honest, all these gatherings of Russian troops to the border of Ukraine, both spring and autumn, cause, in the main, dull irritation. With a 99% probability no "invasion" and "capture of two-thirds of the territory" will occur. And not because we allegedly do not need Ukraine, but for completely different reasons.

Unfortunately, such a vague and soft-spoken approach by the Kremlin can have very serious consequences. The fact is that our "Western and Eastern partners" are studying the style of President Putin's foreign policy and, undoubtedly, have long ago drawn up a psychological portrait of our Supreme Commander and identified the "corridors" within which he makes his decisions. By the way, the well-known American expert Paul Roberts, one of the most adequate foreign analysts, recently wrote about this, making it clear that numerous mistakes of the Russian president could lead to a big war. And, alas, it really is.

How many “red lines” have already crossed our “partners”? The Turks shot down a Russian bomber, and now we will build two more new nuclear power plants for them. The Americans bombed the Wagnerites in the desert near Hisham, and we sell them fuel oil and diesel fuel. The Azerbaijani army shot down a Russian helicopter, and we will certainly give them a positive conclusion of the environmental impact assessment for the construction of the Trans-Caspian gas pipeline. It's even unpleasant to talk about the vicissitudes of inconsistent domestic policy in the Ukrainian direction. Let's honestly admit: no one is particularly afraid of the indistinct Russian "red lines".

And it's very bad. What, for example, can prevent Japan from seizing the Kuril Islands? Only the fear of getting a nuclear strike on its territory, since the Russian Pacific Fleet will not be able to cope with the task. But will the Ministry of Defense of the Russian Federation be given such a radical order that will irrevocably divide the history of our country into "Before" and "After"? Will Moscow start a nuclear war with NATO if it takes economic blockade of the Kaliningrad region? Will President Putin give the order to launch an ICBM strike on Washington or send troops into Ukraine if American hypersonic missiles are deployed there?

None of this is evident from the "red lines" announced by the Kremlin, so everyone can interpret them in their own way. Hooray patriots can believe that at any moment we are ready to "glaze" the United States and its vassals. But President Biden, apparently, for some reason, this prospect is not particularly impressive, and the decision to admit Ukraine to the NATO bloc and deploy nuclear and hypersonic weapons there will be made by him. The vagueness of Russian foreign policy, which can be covered up with all sorts of "cunning plans", conceals the preconditions for really big problems for ourselves.

Can anything be changed before it's too late? It is possible, but for this you need to forget about the "multi-pass" and show consistency and rigidity, returning to the origins, where it all began. If the Ukrainian problem is solved here and now once and for all, it will save us from much more serious conflicts with Japan and the NATO bloc. But with a probability of 99%, we will not do anything.
Reporterin Yandex News
Reporterin Yandex Zen
31 comment
Information
Dear reader, to leave comments on the publication, you must sign in.