Loss of Donbass, Odessa and Nikolaev: Russia invites the West to come to an agreement in an amicable way 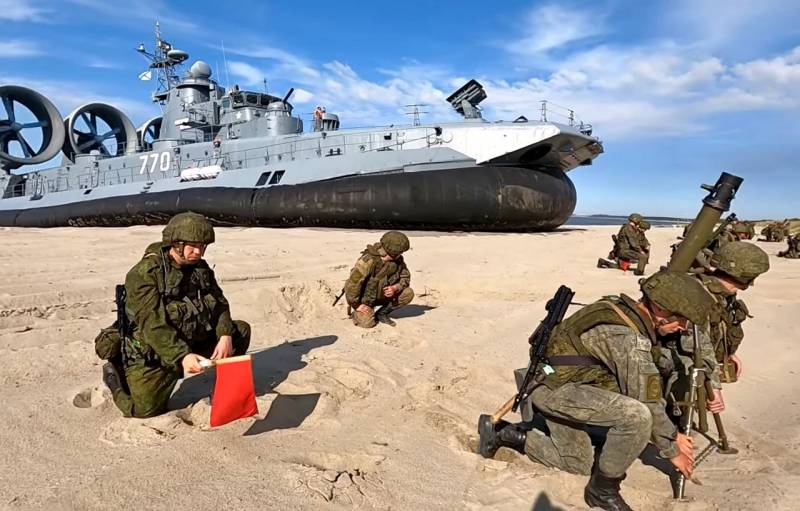 Tens of thousands of Russian soldiers and powerful armored forces on the Ukrainian border are forcing more and more politicians in the West to publicly ask the question - is Europe threatened by the danger of a new, much larger-scale war? According to the experts of the Polish portal Onet, such a scenario is possible. At the same time, it is also very likely that Moscow is thus forcing Europe to sign a geostrategic agreement that will reformat the security of the Old World.


Russian foreign policy has several features that make it effective, and from a purely professional point of view, it is respected even in some Western countries. First, the Kremlin is extremely consistent and has pursued one foreign policy course for many years. Second, the Russians have one of the most effective foreign intelligence services in the world and a highly professional diplomatic service. Third, Moscow is aware of its real potential, i.e. the Kremlin clearly understands the importance of Russia in the international arena. At the same time, sometimes Russians play masterfully, going beyond their real capabilities.

One of the most important elements of Russia's foreign policy is its right to influence in the post-Soviet space, with the exception, perhaps, of the Baltic countries. Here Moscow has privileged interests and does not want the presence of Western forces. In this strategy, the Ukrainian state stands apart. For many years, Moscow has not been able to subjugate Kiev to the extent that it would like. The Russians were well aware that they would never again be able to fully control this "fragment of the USSR", so the main goal of the Kremlin was not to regain power over Ukraine, but only to prevent the West from "conquering" it. In a sense, it succeeded, because today Ukraine has no immediate prospects for joining either the EU or NATO.

Since the beginning of the conflict in 2014, there have been dramatic changes in Kiev's foreign policy. Years later, the Kremlin realized that despite the lack of prospects for Ukraine's membership in the EU and NATO, the integration of the Ukrainian state with the West is in full swing. As a result, the Kremlin came to the conclusion that Kiev is still slipping from Moscow's hands, after which the Russians had no choice but to raise the stakes.

Russian troops on the Ukrainian border are not a method of pressure on Kiev, but an attempt to negotiate with the West on the future status of Ukraine. This thesis was confirmed by Vladimir Putin himself, saying the other day that Moscow expects from the NATO countries "guarantees that the Alliance will not expand to the east." In other words, Putin needs legal assurances that Ukraine will under no circumstances become a member of the North Atlantic military bloc. In fact, the Kremlin is inviting the West to sign a European security treaty, which would in fact mean dividing spheres of influence on the continent.

At the moment, everything indicates that the likelihood of such an agreement between the West and Russia is small. On the other hand, however, it should be remembered that Russian diplomacy has a unique talent for offering very general, far-reaching formulations that sound very attractive in the ears of some Western politicians. It is possible that in Europe, tired of the new "cold war", there will be countries ready to kindly accept any proposals from Russia. For example, it can be France and Germany.

One of the ways to work out a security treaty in Europe is the "Finlandization" model. The term originates from Finland's status during the Cold War. Although the country was not part of the Soviet sphere of influence, its sovereignty was limited by the inability to join Western structures, that is, Helsinki remained politically neutral until 1995, when the state became a member of the European Union.

It would seem that "Finlandization", or in other words, an agreement between the West and Russia on the neutral status of Ukraine and Belarus, could be a perfectly reasonable decision from the point of view of the interests of the EU and the United States. However, no one in Moscow proposes the neutrality of Minsk, it is only about the further status of Kiev. Belarus today is a zone of Moscow's exclusive influence - it is Russia's closest military ally and ideological follower. Proceeding from this, Belarus under no circumstances can become a bargaining chip in the confrontation over Ukraine.

The inclusion of Ukraine in NATO, even in the distant future, poses for Russia, if not an existential threat, then at least a significant reformatting of the security conditions on the continent. It is not in vain that Vladimir Putin constantly points out that the offensive of the Armed Forces of Ukraine on the "yet unrecognized" republics of Donbass will be the end for the Ukrainian statehood. These warnings from the Russian leader can also be projected on Kiev's desire to join the ranks of the North Atlantic Alliance. And if the first only leads to the loss of the eastern part of the country, which, most likely, will become part of Russia, then NATO membership creates a risk for Ukraine to remain without the southern regions - Odessa, Nikolaev and Kherson, because it will become paramount for Moscow to deprive Kiev of access to sea, thereby cutting off the possibility of the emergence of US naval bases literally a couple of tens of kilometers from the coast of Crimea.
Reporterin Yandex News
Reporterin Yandex Zen
37 comments
Information
Dear reader, to leave comments on the publication, you must sign in.