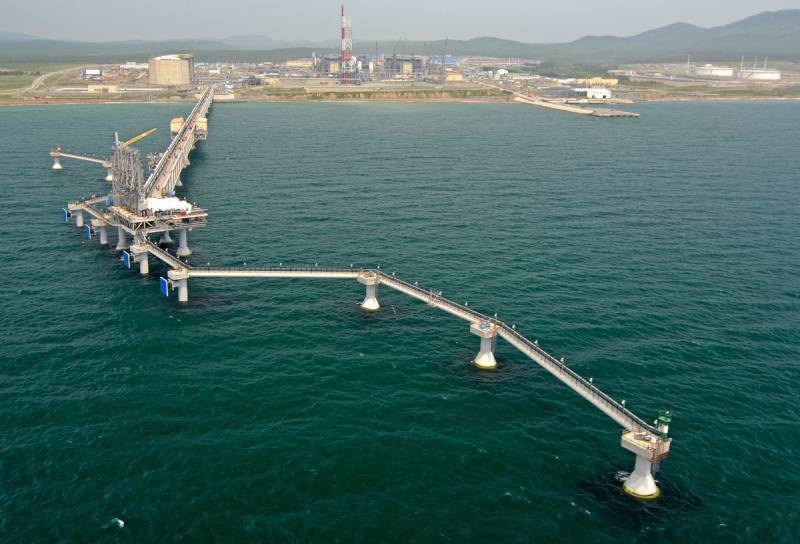 One of the most resonant topics of recent days was the announcement that a Danish investment company intends to lease one of the Kuril Islands from Russia for the production and export of hydrogen to Japan. When the words "Kuriles", "Japan" and "Denmark", which is a NATO member, converged in one sentence, many Russians immediately suspected that this was some kind of another "cunning plan" by Tokyo to creep back the "northern territories". So it is or not, let's figure it out.


First of all, it is necessary to point out that Shumshu Island is not included in the so-called "northern territories", which for some reason Japan claims. The Land of the Rising Sun dreams of returning the islands of Shikotan, Iturup, Kunashir and the group of Habomai islands. Shumshu belongs to the Northern Kuril Islands, the territorial affiliation of which is not disputed by anyone. It is not the subject of any negotiations or dubious schemes. Therefore, let's talk about the possibilities of its economic use without any unnecessary emotions.

Shumshu is a relatively small island, 30 kilometers long and 20 kilometers wide. It is separated from Kamchatka by the First Kuril Strait and from Paramushir Island by the Second Kuril Strait. Its important feature is that it is the only non-volcanic island in the ridge. Today Shumshu is not inhabited, the villages are abandoned, there is only a frontier post. Since the end of World War II, the island has not been put in order: its surface has been dug up by former Japanese fortifications, covered with fragments of aircraft, tanks, shell craters, unexploded bombs and shells. In general, in its own way, even picturesque, but a reliable master's hand is not felt.

What do the Danes offer? Kopenhagen Infrastructure Partners, an investment firm specializing in alternative energy sources, is proposing to invest from 2 to 2,5 billion dollars in the production of hydrogen with the aim of its subsequent export to neighboring Japan. Under this case, the Danes are ready to lease a part of the island's territory, where the wind is the best, for placing wind generators there. Also, the authorities of the Sakhalin region declare the possibility of creating a museum on Shumshu, dedicated, apparently, to the history of the Second World War, since the "material layer" has it. What's the catch?

And is he even, in this case, this catch? Let us recall the recent statement by President Vladimir Putin, who proposed creating the most comfortable conditions for attracting business, including foreign, to the Kuril Islands:

We will create just such an essentially unprecedented set of benefits and incentives in the Kuril Islands, for example, where we will completely exempt businesses from paying key taxes on profits, property, land and transport taxes, and for ten years.
Sounds pretty tempting, so is it any wonder that Denmark has shown interest in a renewable energy project in the Russian Kuril Islands? Tax breaks, windswept island, next to a huge promising Japanese market. And not only Japanese, since hydrogen can be exported from Shumshu to any country in Southeast Asia, the only question is what kind of hydrogen it will be, and how exactly Kopenhagen Infrastructure Partners intends to transport it to potential buyers. This is not clear.

The Governor of the Sakhalin Region, Viktor Limarenko, speaks of the region's interest in investing in the so-called “blue” hydrogen:

We are ready to go to "blue" hydrogen, which is produced by the conversion method from methane and electrolysis using wind power and water.
However, apparently, the Danes are guided not by "blue", but by "green" hydrogen, which will be produced directly on site from sea water by electrolysis using wind energy. According to the governor, Kopenhagen Infrastructure Partners expect to produce 1,5 GW of green energy and 120 thousand tons of hydrogen from wind turbines. Probably just "green". Otherwise the economy the project can hardly be called effective.

If "blue" hydrogen is going to be produced in Shumshu, then the first thing to do is to somehow deliver the raw material to the island in the form of natural gas. It is either a pipeline or tankers. It is impractical to build a gas pipeline with the announced volumes, the LNG terminal remains. The business is also not cheap, since the imported gas will first have to be liquefied, converted into blue hydrogen, then liquefied again, and sent to the buyer. In this case, it will be necessary to capture and store carbon dioxide somewhere. A whole story with a lot of added value. It is much more rational to obtain "green" hydrogen, the most environmentally friendly, by means of electrolysis by means of "wind" kilowatts, to liquefy and export to the countries of Southeast Asia by sea.

That is, it turns out to be a completely working scheme that will bring substantial income to investors. Is it profitable for Russia? Will it not turn out that Shumshu Island will be populated by workers from Japan?

The question is not entirely straightforward. On the one hand, it is not worth counting on budget revenues for the first 10 years due to the unique tax regime. On the other hand, Russia can set a condition for such investment projects in the format of a joint venture, where the shares will be distributed 50% to 50%, which means the final profit from export. In addition, the construction and subsequent maintenance of the wind farms and the LNG terminal will require constant maintenance. Shumshu Island will have to be repopulated, and we, as the host country, have the right to put one more condition: that these workers should be from among local Russians, and not Japanese guest workers.

In this format, cooperation with foreign investors in the Kuril Islands and the Far East, in general, really makes sense. At the same time, we will finally restore order on the island.
Reporterin Yandex News
Reporterin Yandex Zen
53 comments
Information
Dear reader, to leave comments on the publication, you must sign in.