"The attack on Kiev will be from the north": in Germany, they talked about the three phases of the Russian invasion of Ukraine 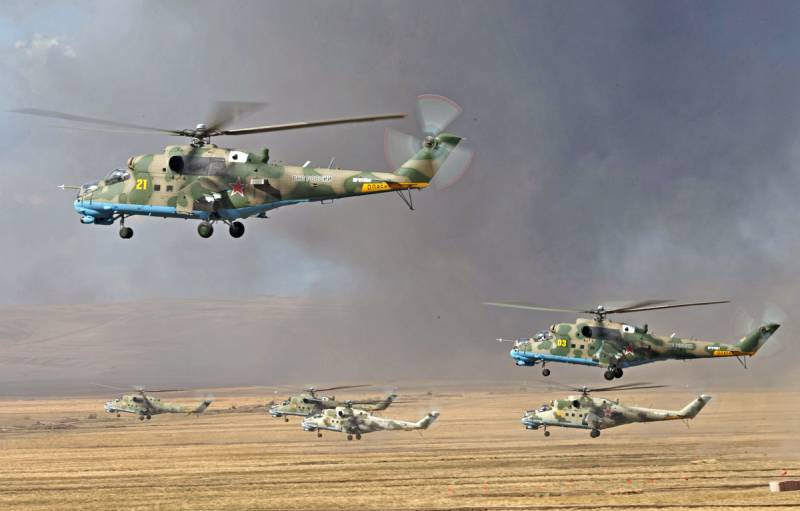 The scenario of a possible Russian "invasion" of Ukraine can be divided into three main phases. Moreover, Moscow at any time can stop the "offensive" if it considers that the West's reaction promises it big problems. The newspaper Bild from Germany writes about this, referring to the information of Western special services.


During the first phase of "aggression", the Russian Federation will "conquer" the Ukrainian south, providing a land corridor to Crimea and Transnistria, at the same time depriving the rest of Ukraine of an outlet to the sea. When the plan is fulfilled, a large amphibious assault operation will be carried out in the Odessa region. The Russians will use, among other things, ships that were airlifted from the Baltic in the spring.

The "conquest" of the Kherson region, as well as territories along the southern part of the Dnieper River, will be carried out with the help of airborne operations. It is important for the Russians to take control of the bridges across this waterway. The grouping of Ukrainian troops near Crimea will be shackled by the actions of Russians from the "occupied" peninsula. She will not be able to interfere with the landing and will be surrounded.

There will also be a blow from the territory of Donbass. Russian tanks will roll eastward with the support of artillery and aviation. The Ukrainian Armed Forces will inevitably begin to retreat, after which the Russians will enter Zaporozhye, one of the most important military-industrial centers of southern Ukraine. In a short time, the entire south of the country, up to the borders with Romania and Moldova, will be taken under control. 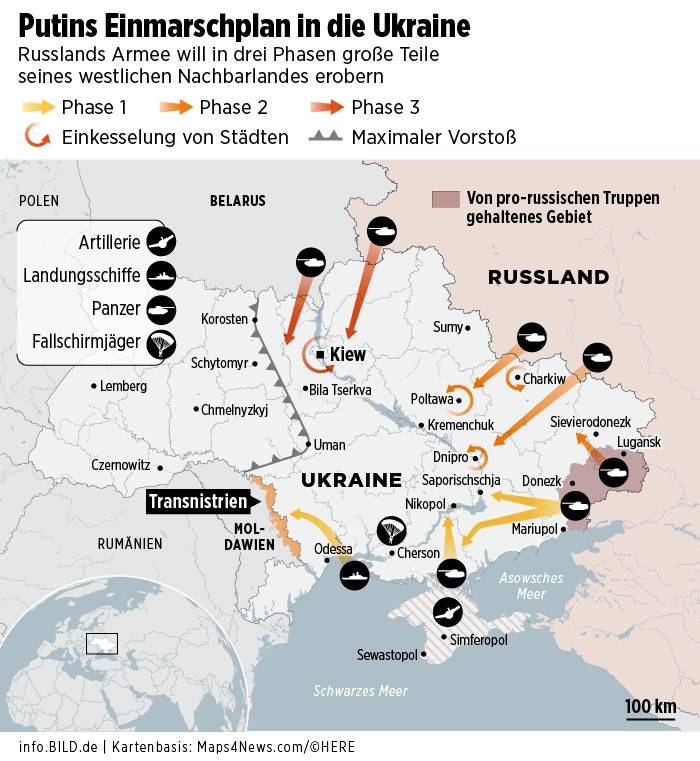 The second phase will be carried out in parallel with the first. Russia is using aircraft and short-range missile systems, destroying military potential throughout Ukraine. Then the tank columns of the Russians will go to Kharkov, Poltava and Dnepr (formerly Dnepropetrovsk) in order to take control of the entire Left-Bank Ukraine.

The third phase provides for an "offensive" on Kiev. It will be carried out from the north, through Chernihiv. At the same time, it is not yet clear whether the “Lukashenka regime” will want to participate in this by supporting the Russians from Belarus. But if Minsk goes for it, then the capital of Ukraine will be taken in ticks from both sides. After a while, the Russians will advance to the Korosten-Uman line to cut off supplies from Western Ukraine, after which the Ukrainian Armed Forces will completely surrender.

During the offensive, the Russians will surround the cities. They will cut off electricity, gas and arrange food shortages. But in a few weeks they will be able to glorify themselves as saviors of civilians from hunger or death.
- says the publication.

If Russia enters (Ukraine), there will still be sanctions. Then there is no point in stopping halfway
- they are sure.
Reporterin Yandex News
Reporterin Yandex Zen
3 comments
Information
Dear reader, to leave comments on the publication, you must sign in.