"Putin demands the impossible": the Finns saw the "Russian threat" and wanted to join NATO 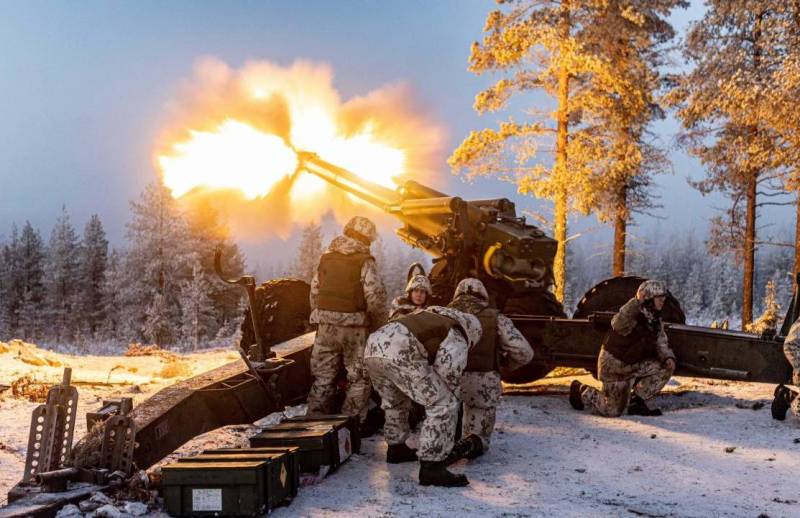 In Finland, they again thought about the "Russian threat". A new article, published by the Uusi Suomi portal, provides expert opinion on the signals that the Kremlin seems to be sending to the world.


In particular, Matti Pesu, Senior Research Fellow at the Institute for Foreign policy, assessed the recent demand of Russia, at the level of treaties, to secure the termination of NATO expansion.

Russia's dissatisfaction with the current architecture of European security is not new; it has been going on since the end of the Cold War. However, such unequivocal demands (written guarantees of NATO's non-expansion), backed up by military pressure, are already something new.
- notes the Finn.

The expert points out that on the one hand, Ukraine's chances for membership are small. There is no need to wait for the deployment of anti-missile defense systems in Ukraine in the foreseeable future. On the other hand, the researcher noted that "Putin is demanding the impossible." For the West is not going to give up, especially with regard to the key principles of its security system, and the Russian Federation will definitely not receive any guarantees enshrined in the treaty.

The expert believes that in light of the new situation, Finland will again have to consider the issue of NATO membership.

Henri Vanhanen, a foreign policy expert from the Coalition Party, also commented on the Russian demands.

Putin is demanding guarantees that NATO will no longer expand eastward. Now we are once again playing a tough geopolitical game, which also affects Finland's security. Under no circumstances should you agree to such requests.
- writes Vanhanen on his Twitter.

Some comments on the article:

It is necessary to reduce purchases of Russian energy resources and metals. Now the EU buys them for about 1 billion euros a day, and with this money, Putin is building his Russian dream according to Soviet patterns. Since the United States is the backbone of NATO, it would be fair to start buying shale gas and oil from them. When Russia's revenues fall, Putin will have to reflect on his behavior
- writes Kai Lahteenmaki 98687.

I have always wondered why Russia, which considers itself to be a peaceful and kind neighbor, is forcing all former allies or vassals to flee under the auspices of outside powers. Maybe Russia should look in the mirror and understand that the fault lies solely with its own actions.
- says Pete Virtanen.

“Someone” simply does not want to change, what just don’t do with him. It’s time for us to start preparing either for an attack from the Russians, or for the fact that Russia will become unstable and collapse. Some NATO presence in Finland would also be welcome. There are a whole bunch of Russian bases along our border.
- suggested Martti Nurmi.

Perhaps the next president will actively engage in contacts with NATO and decide to seek Finland's accession to this organization.
- hopes Risto Karvonen.

Finland was supposed to join NATO in the 90s along with the Baltic countries. This was not a problem then, and Yeltsin would have agreed. Now everything is much more complicated. It is quite obvious that if the positions of all the main parties once became pro-NATO, then even before the application for membership, this would have already provoked a hybrid attack on the eastern border, much more acute than in Belarus. Definitely, this would be a disaster for Finland, which would be happy only for the Greens, the Left Union and all sorts of democrats. [...] It is difficult even to imagine the possibility of NATO membership until the political situation in the world calms down
- pointed out by Arto Saarinen.
Ctrl Enter
Noticed oshЫbku Highlight text and press. Ctrl + Enter
We are
“With Russians it’s worth playing fair or not playing at all”
Where is Russia going?
Reporterin Yandex News
Read Reporterin Google News
27 comments
Information
Dear reader, to leave comments on the publication, you must sign in.