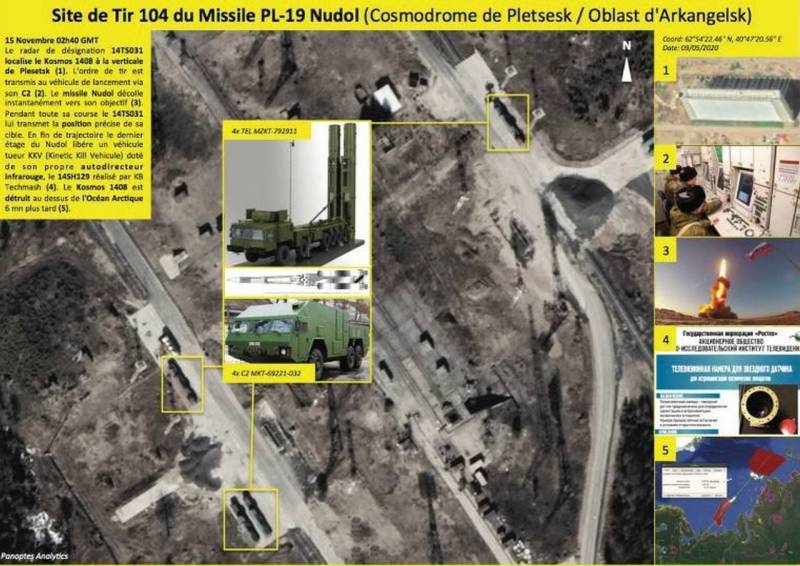 Western reconnaissance satellites discovered four PL-19 Nudol anti-satellite defense systems at the Plesetsk cosmodrome in the Arkhangelsk region. According to media reports, Russia has been developing such types of weapons for about ten years.


The work of Russian designers to create anti-satellite weapons is going very well. So, on November 15, "Nudol" successfully destroyed the Soviet satellite "Tselina-D" in near-earth orbit. Earlier, even before the launch of the rocket, the Russian side established a prohibited zone for the passage of ships and aircraft in the Laptev Sea - in the region where the rocket stages could fall.

Moreover, according to experts, this was far from the first test of anti-satellite weapons - apart from the destruction of a target space object, there were already about a dozen such launches of the system.

At the same time, the Russian military department did not release any official information on the development of such weapons. However, Nudol's components were repeatedly mentioned on the public procurement resource, in court materials and in the reporting documents of the Almaz-Antey concern, which is engaged in the production of anti-aircraft and anti-missile systems.
Reporterin Yandex News
Reporterin Yandex Zen
Information
Dear reader, to leave comments on the publication, you must sign in.