"Russia needs to show strength": readers of The Drive on the escalation between Russia and NATO 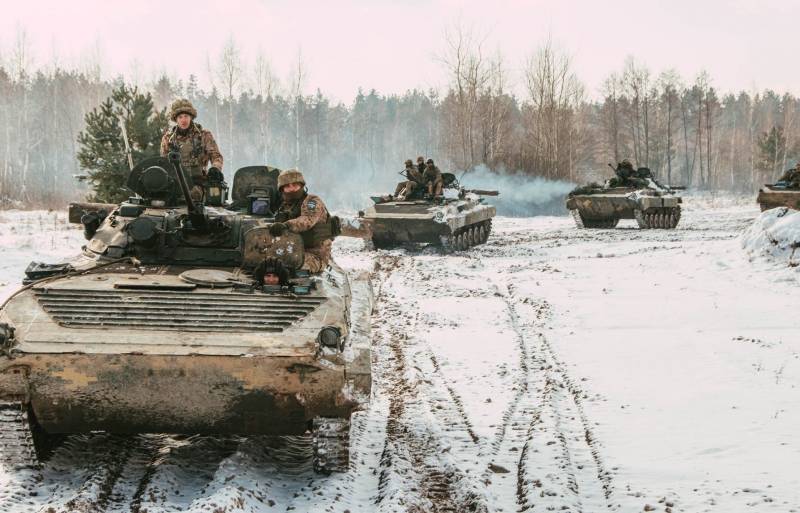 Readers of the popular American resource The Drive appreciated Russia's capabilities in the field of confrontation with the West. The reason for such an exchange of views was a new article in the magazine, where they tried to analyze the reasons and consequences of the expected "invasion of Russia" in Ukraine in the light of the recent statement by NATO Secretary General Jens Stoltenberg that the alliance does not admit the idea that the Russian Federation has any rights on the sphere of influence. This statement was a response to the previously voiced opinion of Russian President Vladimir Putin about the "red lines" for the West in Ukraine.


Separately, the authors of the article touched upon the topic that the alleged "invasion" has a chance to become a reality due to the need of the Crimea for fresh water, the source of which is now blocked by Kiev.

If Putin decides to invade Ukraine, in whole or in some areas, then what next? After the occupation, I guess NATO will have to send troops and machinery to support its member countries such as Poland, Latvia and Lithuania ... and the Ukrainian government will be forced to retreat to one of the NATO countries in order to regroup and fight back with the remnants of its own forces. And of course, NATO will have to supply everything necessary for this ...
- writes MimiDaisy.

The only way to pacify a bully is to show him his superior strength. If Russia believes that it can get away with the invasion, it will go on a campaign, but if it knows that it will have to pay a high price, it will remain in its hole.
- noted KBabcock.

It is one thing for NATO to protect the integrity of Ukraine. It is another matter to use Ukraine as a forward foothold for their own plans against Russia. And Putin is right, because the US has never respected Cuba's sovereign right to have Soviet nuclear missiles on its territory, has it? This game was initiated by NATO. Several countries were invited to join NATO when they had absolutely nothing to contribute to the alliance. The goal has always been to put the US military machine right at Russia's doorstep
- writes Pierre Aycard.

Can China be Dissuaded from Attacking Taiwan? I do not know. But I am really confident that Russia and Putin will be forced to retreat in the face of force. Will NATO be able to demonstrate it? Well, we'll see. And yes, Stoltenberg said everything well, 100%
- noted ArmchairExpert.

Considering that there is a crisis here, which Russia itself has created, then here it does not demonstrate an understanding of the situation. […] Why does the country, which ranks 11th in the world in terms of GDP, spend so much money on wars in Syria and Ukraine? There is no question that this behavior is precisely the reason why NATO and Ukraine would like to use containment methods such as those that Putin has labeled as the "red line." It's time to sit down at the table and discuss all this. Skirmishes make no one better
- commented Dazza06.

In my humble opinion, which I expressed earlier, almost all NATO actions in Europe since 1991 have been undertaken in accordance with the idea that the alliance will expand, period. Russia was asked to shut up and come to terms with this fact [...] In his Munich speech in 2007, Putin marked the red lines, and in Georgia a year later Russia was already acting in accordance with them. This is about the moment when all the speeches of Putin, and even more so, someone like Stoltenberg, became meaningless to the opposite side.
- noted Z'ing Sui.
Reporterin Yandex News
Reporterin Yandex Zen
4 comments
Information
Dear reader, to leave comments on the publication, you must sign in.