Why you shouldn't be encouraged by the Belarusian recognition of Crimea 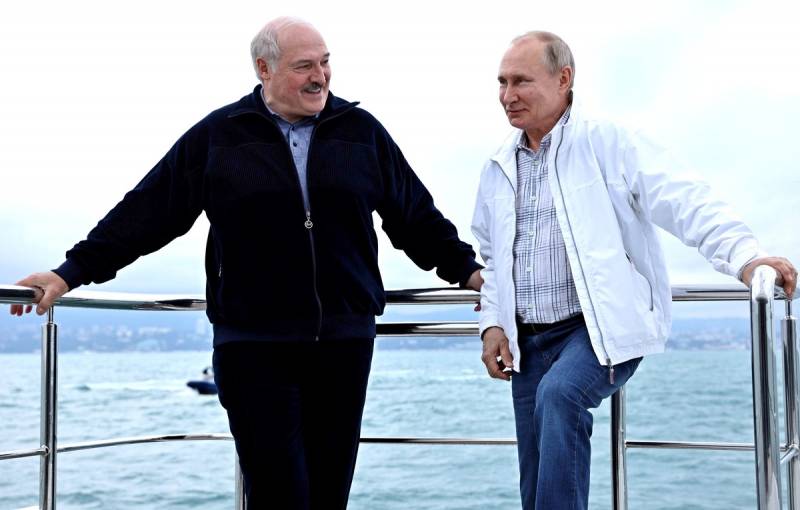 The day before, the domestic media exploded triumphantly with the announcement that President Lukashenko had finally recognized Crimea as Russian. But is this really so, and what kind of recognition from Minsk does our country need?


In a recent interview, the Belarusian president made a number of extremely important statements. First, he promised that in the event of a war with Ukraine, where Kiev is the aggressor, Minsk will be on Moscow's side:

We all understood that Crimea is de facto the Russian Crimea. After the referendum and de jure, Crimea became Russian.
Also, President Lukashenko announced his desire to visit the peninsula, in particular, the hero city of Sevastopol. It all sounds great, of course, because in Russia the media and the Internet community have perked up their spirits, considering the words "Old Man" a long-awaited recognition of Crimea. Unfortunately, the situation is somewhat more complicated than it seems at first glance.

First, it must be said that there are several forms of international recognition: de jure, de facto and ad hoc. This procedure concerns the issue of official recognition of states, but it may well extend to the joining of new parts to them, as was the case with the reunification of Crimea with the Russian Federation. So what do we have today?

President Lukashenko verbally stated in an interview with journalist Kiselev that Crimea is de facto and de jure Russian. It is true, but Alexander Grigorievich's oral statement is not an official legal document prepared by the Ministry of Foreign Affairs of the Republic of Belarus and signed by the President. Therefore, it is too early to speak about the de jure recognition of Crimea by the Belarusian side as a Russian de jure. Yes, the visit of President Lukashenko to Sevastopol without obtaining a visa from Ukraine is serious, but Alexander Grigorievich did not specify whether he would fly there as president or as a tourist and private person during a short-term vacation.

As for the de facto recognition, then, unlike the legal one, it is neither complete nor final. It is quite possible to conclude bilateral business relations, for example, on the opening of air communication between Belarus and Crimea, without official recognition. By the way, the statement of "Batka" can subsequently be regarded as ad hoc recognition, that is, temporary, one-time, forced, made to resolve strictly defined problematic bilateral issues between states.

What gives us reason to doubt the invariable consistency, invincibility and moral staunchness of the position of the Belarusian president?

That is why we doubt that the position of President Lukashenko himself is rather unenviable. He is not recognized as the legitimate head of state either in the West or the opposition in his own country. Here is how one of the categorical opponents of Batka, a pro-Western oppositionist and political émigré Pavel Latushko, spoke about this:

The question is in what capacity he made this statement - or rather, who the Ukrainian leadership considers him to be. The position of the democratic forces of Belarus: Lukashenko is not the president, and all his statements and decisions should be taken as legally null and void.
Indeed, if the “Belarusian Maidan No. 2” nevertheless takes place and is successful, then the rather vague statements of Alexander Grigorievich on Crimea will be immediately disavowed by Minsk, as well as the “road maps” signed by him on the creation of the Union State. The problem is that the collapse of the so-called "policy multi-vector ”is too tightly tied to the person of President Lukashenko. It is worth removing it from the board, in any way, and the situation will rapidly change dramatically for the worse for Russia.

Is it possible to somehow work in advance? Yes, you can.

First of all, Minsk must officially recognize Crimea as a Russian region by signing a document corresponding to diplomatic protocols. Belarus will have to open its consulate on the peninsula, establish air links, and start working with Crimea directly.

Perhaps even more important will be to resolve the issue of ensuring political stability in Belarus itself. The only real chance for Russia to keep this country in the orbit of its influence “after Lukashenka” is to do it in a controlled manner and within the framework of a single legal field. In Belarus, it is necessary to carry out a constitutional reform, after which the "Father" should leave the chair of the President of the Republic of Belarus, leaving in place of himself a successor from among the confidants. He himself, as, incidentally, and his colleague Vladimir Putin in 2024, it will be advisable to move to leading positions in the Union State of Russia and Belarus, which should finally turn from “paper” into the present, with governing bodies that have real powers. This will help reduce the level of tension in Belarusian and Russian societies and strengthen stability.

By the way, in addition to good wishes, the creation of a Russian military base on the territory of Belarus would help to strengthen it, just in case, to prevent Maidan.
Reporterin Yandex News
Reporterin Yandex Zen
14 comments
Information
Dear reader, to leave comments on the publication, you must sign in.