Why the national station ROSS can turn into the second ISS 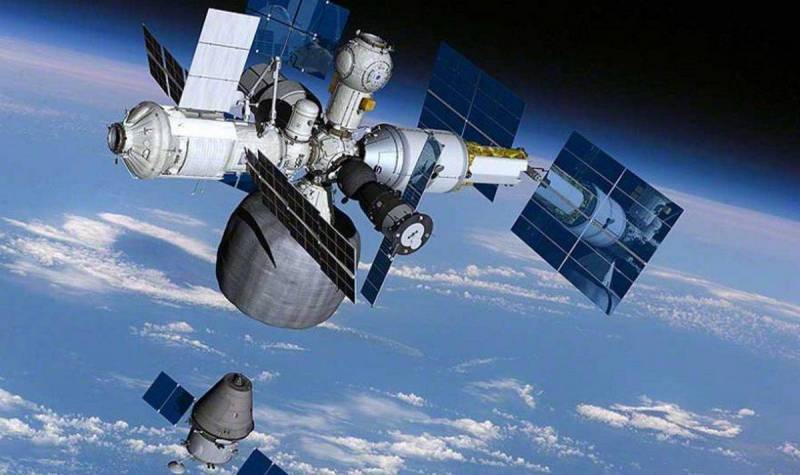 A week ago, a long-awaited event took place: Roscosmos finally launched into orbit and successfully attached to the ISS a new module called Prichal. The event is indeed positive, but puzzling questions immediately arise: why did it have to be done, if in just a few years our country is going to withdraw from this international project?


Last spring, the Kremlin made a landmark decision to end participation in the ISS project by 2025 and launch its own station, ROSS, into orbit. The main reason is the depletion of the space station's resource, which cannot be extended indefinitely. In just a few years, the number of malfunctions and failures may grow like an avalanche, and then the need for their constant elimination will make the further operation of the orbital station impractical.

True, there are also other reasons. On the one hand, the United States is actively working on its own visited lunar station, from where, together with its allies, it intends to explore the earth's satellite, Mars, and the asteroid belt. The participation of China and Russia in this American project is not possible. On the other hand, Moscow clearly sees its exit from the ISS as a means of political pressure on Washington, which follows from the statement by Dmitry Rogozin, head of Roscosmos:

If sanctions against Progress and TsNIIMash remain and are not disavowed in the near future, the issue of Russia's withdrawal from the ISS will be a problem for our American partners. This will be their area of ​​responsibility, their complete fault.
Apparently, the United States will not back down, because Russia's withdrawal from the ISS project is a foregone conclusion. So why, one wonders, to launch new modules on it, if we are planning a national orbital station? Let us recall that the creation of each such module has turned into a real long-term space construction in our country. Now the end of 2021, the exit is scheduled for 2025. What for? Perhaps it was worth keeping the ready-made modules for your own space station?

According to the plans announced by Roskosmos, the national orbital station of the Russian Federation will consist of the following modules: a slipway module, a scientific and energy module, a base module, a universal node, a laboratory, a lock and transformable, free-flying module, as well as a short-radius centrifuge. An entire space economy that will cost space money in production, launch into orbit and subsequent maintenance. By the way, for flights on ROSS, a special ship should be created, the younger brother of the "Eagle" called "Eaglet", designed for only 2 passengers. Dmitry Rogozin outlined the prospects for the future light spacecraft:

The frequency of flights will be higher than now, so it (the ship) should be all the more cheap.
Cheap is, of course, good, but it will not be very cheap anyway. But perhaps there are simpler options?

For example, why not use modules already in orbit? We are talking about the Russian segment of the ISS, which includes the modules Zarya, Poisk, Zvezda, Rassvet, Nauka and the recently docked Prichal. It should be borne in mind that Zarya is owned by NASA, but all other modules are ours. Rumors about the possibility of undocking the Russian segment from the ISS have been circulating for a long time, but so far they have not been confirmed. Nevertheless, there is a certain rational grain in this.

Let's say the parties fail to agree to extend the life of the ISS beyond 2024. This will mean that the fate of the station is a foregone conclusion, and it will have to be disposed of on a planned basis, flooding it in the Pacific Ocean. It will be a shame if the brand new Russian modules "Science" and "Prichal" burn out in the atmosphere, not to mention the other components of our segment. Instead, they can be detached to "free float". The "Prichal", "Science" and the scientific and energy module (NEM) could just become the core for the ROSS station, to which new modules will be connected. Alternatively, the Russian segment can undock from the ISS and join the base modules of the ROSS station, simultaneously expanding its size and capabilities. Anything is better than simply burning in the atmosphere what was put into orbit with such difficulty.

Let's add a few more optionally emerging possibilities to the above. Russia may not be limited by the national status of the station, but, on the contrary, invite new partners to it, making its own analogue of the ISS. For example, it could be China. As you know, the United States has categorically blocked the participation of the PRC in this international program, so Beijing is forced to go its own way. In 2014, the Chinese National Space Administration approached Roscosmos with a proposal for cooperation:

Our Chinese partners have sent us for consideration more than a dozen projects involving research programs on board the ISS. Among them there is a proposal to organize a long flight to the ISS for a Chinese taikonaut.
The United States, of course, blocked this initiative. Having its own space station, Russia will be able to cooperate with those countries that have their own space ambitions, but do not belong to the inner circle of American allies. In addition to China, it could be, for example, India, which would have the opportunity, instead of building its own orbital station, to focus on creating the modules it needs and docking them to ROSS. With this approach, the Russian orbital station can turn into a functional analogue of the international one, essentially becoming ISS-2.
Reporterin Yandex News
Reporterin Yandex Zen
7 comments
Information
Dear reader, to leave comments on the publication, you must sign in.