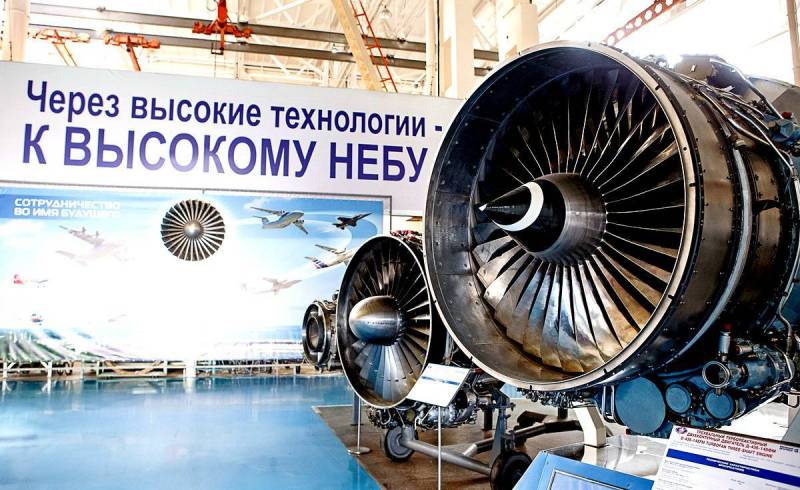 At the end of last year, the president of Nizalezhnoy, Volodymyr Zelensky, made the final step in the operation of the colossal scam of Chinese investors who had the imprudence to acquire the Ukrainian aircraft manufacturer Motor Sich, imposing sanctions on them. Even then, warnings that this dishonest and, to put it mildly, not a reasonable step at all, would have extremely unpleasant consequences, sounded very loud. Kiev did not heed them, of course. Indeed, behind his back were overseas "partners", on whose orders, in fact, the perfectly legal deal was canceled.


About a year has passed since then, so what? The consequences (and so far not in full measure) have already come, and the Americans, having achieved their goals (to cut off the Chinese comrades from the "unnecessary" of technologies), safely "washed their hands." Ukraine will have to deal with the Celestial Empire in harsh international arbitration, and the amount that it will have to pay with an accuracy of about 99% is amazing. However, the most unpleasant thing for the “nezalezhnoy” authorities is not even this. The conflict with Beijing may well become the very "last straw" that will finally bring down this misunderstanding country. Why is that? Let's try to figure it out in detail.

As it became known yesterday, the Chinese company Beijing Skyrizon has filed an official claim with the Permanent Court of Arbitration in The Hague - “in connection with the use of unfair and illegal measures by the Ukrainian government against Chinese investors, as a result of which they have suffered significant losses over the past five years, as in Ukraine, so in their own country. " It should be noted that the legal substantiation of the comrades Wang Jing, Du Tao and other representatives of the deceived investors who started this lawsuit is simply reinforced concrete - this is the "Agreement between the Government of Ukraine and the Government of the PRC on the attraction and mutual protection of investments." It was concluded back in 1992, but to this day it remains in force and gives the representatives of the Celestial Empire every reason to be confident in their own victory. Indeed, from the point of view of Western canons and standards, in accordance with which economic disputes of this kind are resolved, Kiev has allowed itself a downright “mortal sin” - gross state intervention in market relations and private entrepreneurship.

It is not for nothing that in the corresponding statement of the Beijing Skyrizon company, made by its representatives to the media and the public, special emphasis is placed on the fact that the “Ukrainian government” does not just “act cruelly and treacherously”, but “abuses state power”, while hiding behind “the concept of national security ". In fact, according to the Chinese comrades, the leadership of the Nizalezhnaya is simply “politicizing the usual practice of trade and economic relations ", while deliberately" suppressing companies from China. " Yes, in Beijing they listened very carefully to the accusations brought against him by the West - and learned to turn them against their opponents. So to speak, "to beat the enemy with his own weapon."

The amount of claims announced for payment in the Hague Arbitration is more than $ 4 billion. And this is a very unpleasant tendency for Kiev, since initially it was about 3 billion. If the appetites of Beijing Skyrizon continue to grow at such a pace, then soon they may not be satisfied with the entire fragile "national wealth" of the impoverished "nezalezhnoy". However, the fact that 4.5 billion is far from the limit, the Chinese comrades are making it clear today. This figure, in their opinion, can be discussed if "the Ukrainian government expresses its goodwill for reconciliation." That is, it completely and unconditionally surrenders, admits its guilt and will do everything possible to resolve the conflict on Beijing's terms. It is hardly worth hoping for - the Americans will simply not allow Kiev to follow this path. Mr. Bolton, who personally flew to Ukraine to destroy the deal that worried Washington, is now out of work, and he would hardly get involved in the conflict, even if he had the authority and opportunity to do so.

The deed is done - and the United States is no longer interested in this story. All the “buyers” of the plant suddenly disappeared somewhere - for example, the famous founder of Blackwater, Eric Prince, who openly voiced his intention to acquire it and even “wandered” in Zaporozhye with supposedly “serious intentions”. Alas, the vulgar proverb “to promise is not to marry” fits this conflict perfectly. Zelensky, with his petty-criminal and bazaar-huckster psychology, found himself in economic "layouts" tightly intertwined with geopolitics, the same complete ignoramus as in everything else, drove himself into a trap, and, unfortunately, he got into control of the country ...

The Americans will not allow him to reach an agreement with his Chinese comrades peacefully and "of good will", and they, in turn, will not let Kiev get away with such an insolent and blatant "kidok". In light of the continuation of the implementation of the One Belt - One Road megaproject, this would become a very bad precedent. Some time later, someone else will decide that with companies and businessmen from the Middle Kingdom (or even with the PRC, as such) it is possible to do the same. No, "nezalezhnoy" for her exorbitant greed and stupidity will certainly perpetrate an indicative "flogging". We can say - even exemplary, so that no one else was discouraged. And, by the way, things are not so good now in the Celestial Empire (from an economic point of view) to make “gifts” to someone, and even at such a level of value. Vyacheslav Boguslaev, who remained the actual owner of the enterprise as a result of all the foul-smelling perturbations, can tell as much as he likes that he sold it to the Chinese for "some" 250 million dollars. You will have to pay as much as they demand in Beijing, and there they will ask in full, there is no doubt.

A year ago, it seemed to the clown president that he had implemented a damn clever combination: he appeased the Americans, and he himself did a good job. According to reports, since then Boguslaev has become a very frequent visitor to Zelensky's office, and knowing the habits of the “team” there, there is no doubt that he doesn’t go there empty-handed. This, by the way, is indirectly confirmed by the fact that for some time now the situation with the Motor Sich, which was in far from being sold to the Chinese, went very well. And first of all, thanks to government orders, which is a rarity for today's Ukraine. Most likely, we have before us the next scheme of "assimilation" of budgetary funds with more than generous "kickbacks" paid at the highest level.

Judge for yourself - the company completed the first quarter of 2020 with a loss of 200 million hryvnia, while in the first quarter of this year it showed a profit of 300 million. And for 9 months, Motor Sich's net income exceeded UAH 9 and a half billion, having increased by almost 26% in comparison with the same period last year! The “secret of success” is simple - in 2021, the company received government orders for more than UAH 300 million. First of all, this is the construction of 25 helicopters for medical aviation. It seems that there is a promising project to create a civilian rotorcraft. And, most definitely, the creation of engines for other projects is in full swing. Here we come to a very interesting point, which gives grounds to say that China has additional motives to deal with Kiev in the Motor Sich case as harshly as possible. The fact is that this very enterprise has entered into an agreement with the Turkish Baykar Makina on the supply of engines for the Bayraktar strike UAVs. At least - for those of them that are planned to be assembled directly in Ukraine.

Everyone knows that the Russian leadership is very nervous about Kiev's plans regarding the possible use of these drones during the conflict in eastern Ukraine. Open dissatisfaction with this issue (quite justified, because it categorically contradicts the "Minsk Agreements") has been expressed more than once, including at the Kremlin level. Thus, putting an end to the future prospects of Motor Sich, Beijing, in essence, is rendering a friendly service to Russia, making a kind of allied gesture, at the same time involving the pursuit of personal interests.

However, it should be noted that the defendant in The Hague will not be Motor Sich, not Boguslaev, but the state of Ukraine. The Chinese are determined to ask from him. And since Kiev will not be able to go to the "world" that suits them in the form of transfer of a legally acquired enterprise with payment of minimum (in comparison with $ 4.5 billion) amounts of compensation for moral damage and lost profits, for the above reasons, Kiev will have to answer in full. At the same time, one should not forget one more thing: the last couple of years, the "non-profit" economy, one might say, exists almost entirely due to the sharply increased exports to the Celestial Empire. Ore, agricultural raw materials go there, yes, in fact, everything that can be sold.

Now the conjuncture on the commodity markets is developing rather unfavorable. In the light of a new strain of coronavirus looming on the world and the distinct likelihood of the introduction of more stringent quarantine restrictions, things could get even worse. Russia, with its export of steadily rising energy resources, has nothing to worry about yet. But Ukraine is really worth it. Especially having entered a tough phase of conflict with the country - the main importer of its raw materials. The only thing that Kiev is really hoping for now is that two or three years may pass before the Arbitration in The Hague makes a final decision, and even more so before its implementation. Zelensky thinks according to the well-known formula of Khoja Nasreddin, who took up a bag of gold to teach the khan's donkey to speak, hoping that during this time "either the khan will die or the donkey will die." Alas and ah - in the light of all that is happening, the Ukrainian economy has the greatest chances of throwing back its hooves.
Reporterin Yandex News
Reporterin Yandex Zen
5 comments
Information
Dear reader, to leave comments on the publication, you must sign in.