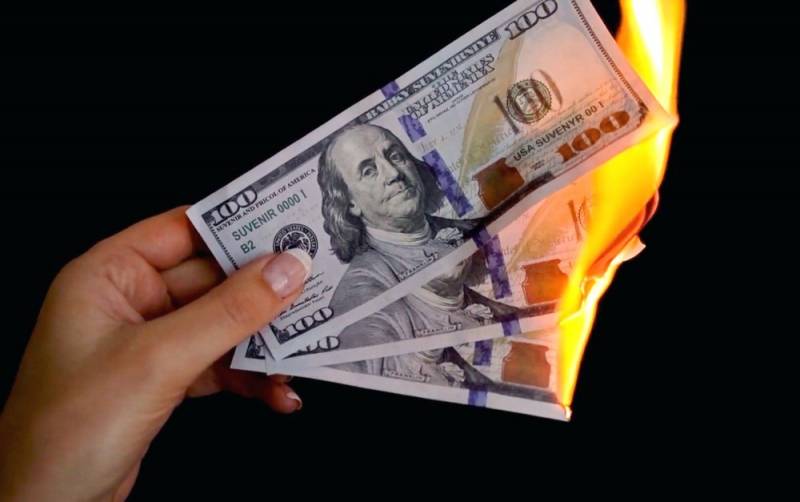 The trade turnover between the Russian Federation and the PRC can become the basis for mutual settlements in rubles and yuan, since the US dollar, as a result of the actions of the FRS, is becoming an unsafe currency. This was announced on November 29 by Igor Sechin, Executive Secretary of the Commission under the President of the Russian Federation on the Development Strategy of the Fuel and Energy Complex and Environmental Safety, Chief Executive Officer of Rosneft, during the third Russian-Chinese Energy Business Forum.

The achieved volumes of trade between Russia and China create significant potential for the development of mutual settlements in yuan and rubles, since the role of the dollar is abused to achieve exclusively its own goals, as well as carried out by the US Federal Reserve System policy quantitative easing - in fact, the flooding of the world economics excess money supply - reduces the attractiveness of the dollar as the main currency of international settlements and calls into question the use of the dollar as a safe means of payment
- noted Sechin.

At the same time, according to the presentation of the head of Rosneft, the content of which is reported by TASS, the volume of trade between Russia and China this year will reach 130-140 billion dollars. And the target level for the coming years is reaching the level of $ 200 billion by 2024. Thus, the transition to mutual settlements in national currencies will allow both countries not only to strengthen the position of their own payment units in the international market, but also to weaken the grip of the American currency on the throat of the world economy, leading, as is the case in 2021, to an unprecedented export of inflation from the United States. to other countries, with which so far no one can do anything.

The American Dream is the other way around

The key problem is that there are simply no real mechanisms in the world to limit dollar emission from the outside. The United Nations, the International Monetary Fund, the World Bank, as well as any other international institutions are de facto unable to somehow influence how much and when US dollars will be released into circulation and spread throughout the world. And here's the paradox: for some reason, the fight against hunger and poverty in these organizations is regularly announced, but the statements of their functionaries are practically not mentioned about countering the uncontrolled emission of the American currency, which makes one particular country richer, and all others poorer.

And if someone thinks that Washington does not understand all the advantages of such a situation, then they are deeply mistaken. The American establishment has long been accustomed to the current irrational state of affairs. Moreover, he not only enjoys it, but also turns it into a kind of game. And as the US national debt reaches the previously set ceiling, the American parliament regularly raises it to a level capable of ensuring the further development of its economy. On paper, everything is usually heralded as the allocation of funds to cover the budget deficit. As it happened, for example, on October 15 this year, when US President Joe Biden signed a decree raising the country's national debt limit, previously approved by Congress and the Senate, "so that the federal government fully fulfills its obligations until early December." It's as simple as that: an expensive pen stroke and $ 480 billion, de facto, appear out of thin air. They appear so that by no means creeping, but for a number of countries it is quite a galloping inflation to spread all over the world.

Although almost five hundred billion, magically pulled out of the magician's hat by the American leadership, will seem like child's play next to the real picture of recent years. For reference: the negative balance of the American state budget for the 2020 fiscal year grew 3,2 times and amounted to a record $ 3,132 trillion - and this is the official statistics of the US Treasury. And even if we do not count in absolute figures, the budget deficit of the United States in 2020 turned out to be the maximum in the entire post-war period, amounting to more than 15% of GDP - the largest, it is worth noting, GDP in the world, if we count at face value. And now the million dollar question: who do you think ultimately paid to get the US out of its worst budget crisis in 76 years? However, perhaps it should be called rhetorical, because it hardly needs an answer.

American analytical agencies like to speculate about the share of the state in the economy and, for example, that in Russia it is too high, however, the fact that their own leadership began insolently to issue not billions, but trillions of unsecured dollars a year, why- they practically do not notice it. At the same time, the majority of American politicians and economists unanimously speak about the desire to "get out of the crisis" as soon as possible, thereby justifying the printing press launched on an industrial scale. But wait, if you are such adherents of the free market, then why interfere in such a radical way? In the end, there is a widely advertised concept of the "American Dream", associated primarily with the concept of a "self-made person", i.e. a citizen who, through extremely hard work, has reached certain heights in life. And how Washington's planned policy of printing money and living at the expense of the rest of the world relates to it is poorly understood. It is rather an American dream on the contrary - the desire to have everything without doing anything.

Ditching the dollar as a key principle of financial policy

The fact that people outside the circle of American satellites are talking more and more about the abandonment of the dollar testifies to the fact that the rest of the world is gradually beginning to understand that the United States is not only using its financial leadership, but, as noted above, is beginning to openly abuse it. And it is Russia and China that are now in the ideal position to be the first to start abandoning the dollar. In fact, Russia has already begun to do this, completely abandoning the American currency in the structure of the National Wealth Fund on July 5, 2021. However, this alone, obviously, is extremely small in order to in any way appreciably offend the hegemony of the dollar.

It is important to understand that not only foreign exchange holdings, but every transaction conducted in US currency actually supports US financial dominance. And if all countries of the world simultaneously announced the gradual abandonment of the dollar in any calculations, then its rate, in accordance with the laws of economics, would drop to almost zero. Too much unsecured American currency circulates outside the United States, and too much it will bring down the domestic American market if it is returned to its homeland, both in cash and non-cash forms. It is clear that such a scenario is, in principle, hardly feasible, given the current position of the United States in the world financial market, but it is precisely to its implementation in one form or another that those states that are not going to bow to Washington's policy should strive. And Russia and China, declared opponents of the United States, absolutely do not want to obey Uncle Sam.

Nevertheless, in order to implement such a thing, one should first of all take into account modern economic trends, because breaking someone else's dominance in the financial sphere, as a rule, is much more difficult than building your own. The more digitalized and globalized the modern economy becomes, the more the issue of joining forces plays in it. It is no coincidence that trade agreements between different countries have begun to be concluded so often in recent years.

And in the case of the campaign to de-dollarize Russia and China, it might be more logical not only to conduct transactions in rubles and yuan, but or even try to create some kind of common currency. For example, the European Union, which switched to a single European currency in non-cash circulation back in 1999, thus was able to strengthen its financial position, but also to exclude the US dollar from mutual settlements between the countries of the Eurozone. As a result, in terms of its share in international settlements, the euro is now practically on par with the “American”, although a quarter of a century ago it existed only as a draft on paper.

Single currency of Russia and China. Sounds ambitious and fantastic? Undoubtedly. But who said that pushing Washington away from the global financial trough would be easy? And who could have imagined, even after the end of World War II, that a little more than half a century later, all the guilders, francs, marks and other currencies that have circulated in Europe for centuries will sink into oblivion in order to give way to a new single monetary unit capable of uniting the financial power of the largest European countries ?

Of course, it is objectively impossible to completely stop all settlements in the American currency in the context of the accelerating processes of globalization in the world economy. Nevertheless, it is quite possible to reduce its use as much as possible in cases where it can be perfectly done without it. And it is Moscow and Beijing that today have a unique opportunity to start doing this and stand at the forefront of de-dollarization. Indeed, only one factor actually separates the United States from the final collapse of the concept of a unipolar world - the dollar. Everything else largely relies solely on it: the most powerful American economy, which is experiencing regular recessions, and the army with the largest defense budget in the world, which is not even able to secure a safe exit from the occupied country, and the welfare of society, in which polarization has reached such a level, that it seems, bring up a match and flash. The United States is certainly a colossus today. But his feet are not even clay, but paper. And the sooner the world stops believing in these very pieces of paper, the sooner it will finally get rid of the American hegemony, de facto proclaimed in 1991.
Reporterin Yandex News
Reporterin Yandex Zen
34 comments
Information
Dear reader, to leave comments on the publication, you must sign in.