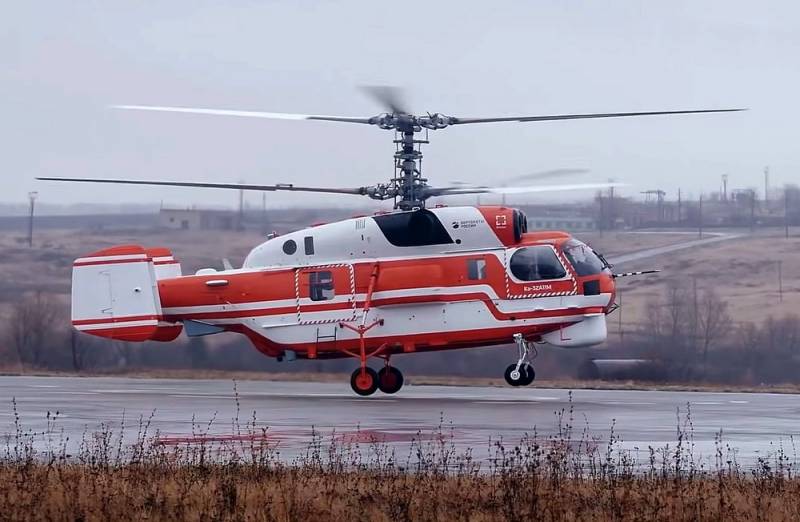 The day before, the upgraded Ka-32A11M fire-fighting helicopter took off. The Russian machine, which has begun to undergo flight tests, is primarily unique in that it was equipped with the latest domestic VK-2500PS-02 engine.


In addition, the helicopter received a new SP-32 fire extinguishing system, which allows it to automatically collect up to 4 tons of water in just a minute, as well as add 400 liters of foam agent to it. At the same time, thanks to electric heating, this system can function at temperatures down to -20 degrees Celsius.

But back to the main point. The VK-2500P engine, digitally controlled based on the BARK-78 system, made life much easier for the pilots. Today it is considered one of the best helicopter motors in the world.

However, Russian engineers decided to go even further and created the VK-2500PS-02, which is equipped with a fully automatic digital control system. Now all the most difficult work is performed by automation instead of the pilot.

It should be noted that this advantage is especially important when extinguishing fires, where factors such as temperature changes, smoke, etc. require the pilot to instantly calculate many parameters to maintain stable engine operation.

The digital system implemented in the new power plant is able not only to independently rebuild the operating modes, but also to maintain the necessary functionality in the event of a complete failure of the on-board electronics. No other aircraft engine in the world has such functionality, which makes the VK-2500PS-02 unique in its own way, and the already excellent Ka-32 helicopter even more versatile.

Ctrl Enter
Noticed oshЫbku Highlight text and press. Ctrl + Enter
We are
Rotary-winged "Alpinist": what is known about the new Ka-226T
The most popular Russian multipurpose helicopter will get even better
Reporterin Yandex News
Read Reporterin Google News
4 comments
Information
Dear reader, to leave comments on the publication, you must sign in.