The hunt for the "cook": The persecution of the Russian PMC "Wagner" began in the West 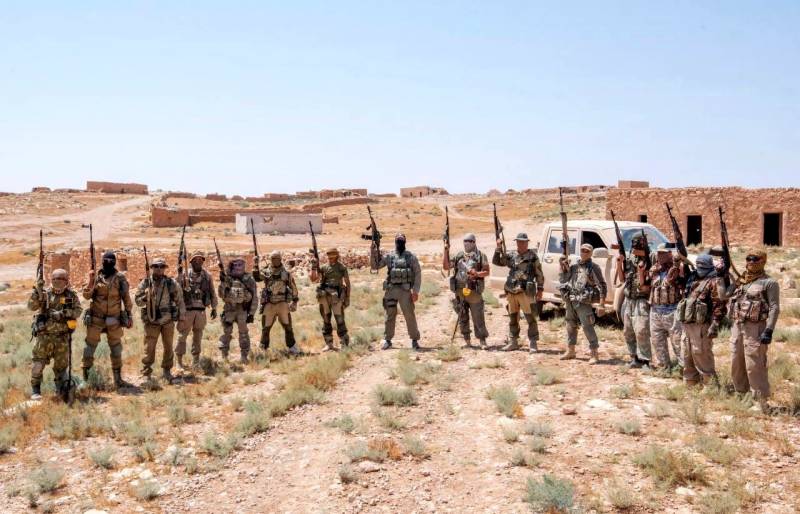 A few days ago, the European Parliament adopted a resolution almost unanimously condemning the activities of the so-called PMC "Wagner". The document, in the strictest terms, calls for the introduction of sanctions against individuals and legal entities associated with this power structure of Russian origin. Why did the attack on the "Wagner group" go now and at this level?


First of all, attention is drawn to the wording signed by 585 MEPs with 43 abstentions and 40 votes against:

They condemn in the strongest terms the monstrous crimes committed by the Russian paramilitary organization Wagner Group and associated private military structures in various conflict zones.
"Monstrous Crimes"? I would like more details, with convincing evidence, without any "high-likes" there, and with a copy of the guilty verdict, where the criminal court, in the manner prescribed by law, established the guilt of the "Wagnerites" in the incriminated acts. If the European Parliament has forgotten about their "Western values", then we recall that among them there is such a thing as the presumption of innocence. It's amazing how these enlightened "servants of the people" forget about their own legal norms when it suits them.

By the way, who could benefit from "defamation" by any means of a Russian PMC?

The resolution of the European Parliament says that our "Wagnerians" are active in Ukraine, Syria, Libya, Sudan, Mozambique, CAR and Venezuela. At the same time, the PMC itself and similar power structures are called "trusted organizations of the Russian state." Based on the formal interpretation, this is precisely the "heinous crime" of the Russian military company.

If during the Soviet period our country sent military advisers and instructors on foreign missions, now they are military experts acting under private contracts. Surely their work is in one way or another supervised by the Ministry of Defense of the Russian Federation, but legally, such power structures in Russia are not provided at all. This allows the Kremlin and the domestic big business associated with it to resolve some serious issues abroad using tacit methods. But what exactly is the "enormity of their crimes" is completely incomprehensible.

However, there are still some guesses on this topic. From open sources, you can find out that only very experienced professional military personnel can get into the Wagner PMC. They can directly fight, act as military instructors, guard facilities, and provide security for logistics. For their services, they receive good money by Russian standards. But still incomparable with the fees of foreign competitors. According to the non-profit organization War on Want, the private military services market has a turnover of between $ 100 billion and $ 400 billion annually. A lot of money, and there are a lot of people interested in this cake.

For example, the infamous American PMC Blackwater, which was forced to change its name first to Xe Services LLC, and then to Academi. “Monstrous crimes,” like the shooting of peaceful Iraqis or the smuggling of weapons, is just about her. In the US Armed Forces, their own mercenaries are very unfriendly, since they not only receive on average 6 times more money than the military, but in fact are outside the legal field, which was confirmed by Brigadier General Karl Horst at a hearing in the US Congress:

These guys are running around the country completely without brakes and doing stupid things. There is no leadership above them, so there is no one to even turn to ... They kill people, and someone else has to disentangle the consequences.

Despite a number of serious image blows, this American PMC is still the largest in the world. It receives about 90% of its orders from the US government. The rest of the revenue comes from oil and insurance companies, as well as private customers. One day of work for each "academician" costs US taxpayers $ 1222.

It can be assumed that the emergence and intensification of activities around the world of the Russian "Wagner Group", which is a functional analogue of Academi, made Washington nervous. The Russians are already putting pressure on the French in Africa, in their traditional sphere of influence. Perhaps the Wagnerites will soon cross the road to the Americans as well? Then it is clear where the legs of the unexpected initiative of the MEPs, who are difficult to suspect of independence from the United States, grow from.

The hunt for the "chef"

It is possible that the resolution of the European Parliament will have much more far-reaching consequences. If sanctions come into force against individuals and legal entities associated with the Wagner Group, then a major Russian businessman Yevgeny Prigozhin, who is sometimes referred to as "Putin's chef", could come under attack. Despite the fact that he himself denies his connection with the activities of this private military company, not everyone abroad believes him, therefore both the oligarch and his property may suffer in the future, falling under the regime of restrictive measures.

If things go according to this scenario, the formally non-existent Russian PMC could become another lever of Western pressure on big business close to the Kremlin.
Reporterin Yandex News
Reporterin Yandex Zen
35 comments
Information
Dear reader, to leave comments on the publication, you must sign in.