Russia and Vietnam: friendship is friendship, and Camran apart

August 24 2018
5
In 2001, the Russian leadership decided to withdraw the Russian contingent from the Vietnamese bay of Camran. Then the patriotic public took this step very painfully. The government cited a lack of money and the inexpediency of maintaining this base from a military point of view. 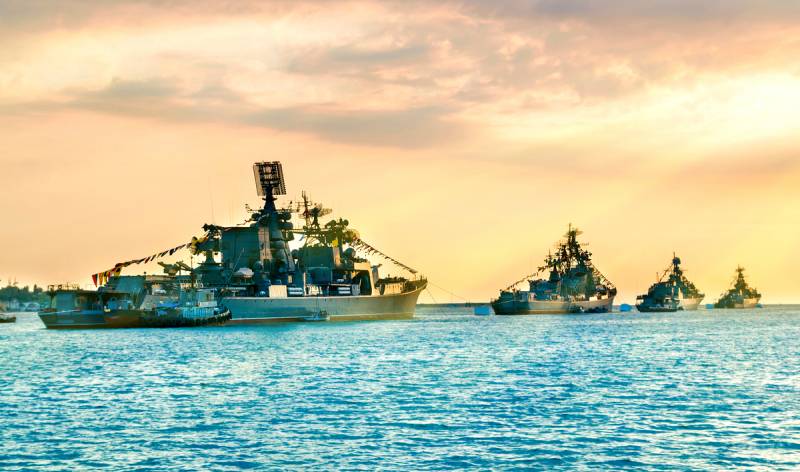 However, recently, especially against the background of aggravated relations with the West, the question has periodically arisen in various media and in society: is it possible to return Russia to its formerly lost positions? And not only to Camran, but also to Cuba, where the Russian Center for Radar Intelligence Lourdes was once located.

At the beginning of June of this year, a squadron of the Russian Pacific Fleet entered Kamran. Its structure included the ships "Admiral Tributs" and "Admiral Vinogradov." True, they only stayed there for three days. And in the fall of 2016, Russia's Deputy Minister of Defense Nikolai Pankov spoke about his intention to study the issue of Russia's return to Kamran (and also to Cuba).

But the Vietnamese side reacted to such an initiative rather coolly. The Foreign Ministry of this country made a statement that Hanoi favors the development of bilateral relations, but there is no talk of resuming the work of the naval base. The document emphasized that Vietnam’s foreign policy is based on the principles of “multi-vector”.

Such a course the Vietnamese leadership calls policies Three “no”: the country does not intend to join any military bloc, nor support one state in the fight against another, nor deploy any military bases on its own territory.

We must pay tribute to Vietnam: such a policy is carried out sequentially. Immediately after the Russians left Hanoi, they stated that no other parties would be allowed into the vacated seat. When representatives of the Pentagon arrived in the country in 2012 and offered a profitable deal to use Kamrani in the interests of the United States, they were refused. Do not lease it to China.

Now Camran is turning into a resort. In addition, there is a major international port. And the fact that there was once a Soviet (and then - Russian) base there is only a monument to the fallen military personnel, both ours and Vietnamese.

The foundation for the creation of the Soviet base in Kamrani was laid in 1979, after the Vietnam-Chinese conflict ended. The Soviet Union signed an agreement with Vietnam that in the next 25 years the above port will be used as a logistics point for the USSR Navy. Soon it turned into the largest Soviet naval base abroad, which played an important role in the Cold War.

Then the years of “perestroika” came, and in 1989 a tendency began to reduce our forces abroad, including in Vietnam. The contingent began to decline. In 1993, Moscow and Hanoi extended the agreement on the use of Kamrani. Its action was supposed to cease in 2004. But, as mentioned above, in 2001 the Russian leadership withdrew the base from there. At that time, Vietnam supported this move.

Now relations between the two countries are developing rapidly, but this does not mean that the base can return to the territory of Vietnam in the form in which it previously existed. At the same time, in 2013, an agreement was signed on the creation of a joint base for the repair and maintenance of submarines. In addition, there is a simplified procedure for the entry of Russian military vessels into Kamran - for this you only need to notify the port authorities.

Thus, despite the fact that in the near future there is no need to talk about the reconstruction of the base of the Russian Navy in Vietnam, a quite friendly interaction has developed between the two countries. Moscow and Hanoi are collaborating in servicing submarines and training crew members, and Russian ships regularly visit Kamran, which makes it easier for the fleet to complete many tasks.

However, I would like to hope that events in the world will not unfold in such a way that Vietnam will urgently need a Russian base on its territory ...
Ctrl Enter
Noticed oshЫbku Highlight text and press. Ctrl + Enter
We are
Putin's successor. Who is he?
Russian living in Europe: Local finally began to think better
Reporterin Yandex News
Read Reporterin Google News
Ad
The publication is looking for authors in the news and analytical departments. Requirements for applicants: literacy, responsibility, efficiency, inexhaustible creative energy, experience in copywriting or journalism, the ability to quickly analyze text and check facts, write concisely and interestingly on political and economic topics. The work is paid. Contact: [email protected]
5 comments
Information
Dear reader, to leave comments on the publication, you must sign in.