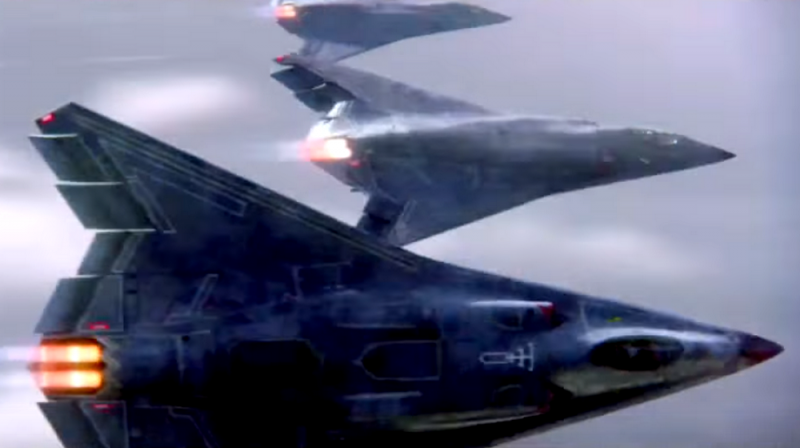 Recent publication, where considerations were modestly expressed on the possibility of transforming the Yak-141 SKVVP into a platform for creating an unmanned fighter and a "faithful wingman", caused a rather heated debate. The main counterargument was: why make a UAV out of a fighter, if you can make a fighter out of a UAV? Interest Ask. Let's figure it out.


Maybe it's really worth it just to properly pump the performance characteristics of the "Hunter", and we will get a multifunctional heavy attack UAV? May be. Or maybe not.

In no way do we want to waste time on the S-70, since this is indeed a rather promising platform. "Hunter" is made using of technologies "Stealth", its combat load is close to that of a front-line bomber. The UAV can be used both for reconnaissance and as a heavy attack drone. However, there is one important nuance: the S-70 flies at subsonic speeds. The fifth-generation fighter Su-57, with the Hunter as a "wingman", is supersonic. This means that in a real battle they will not be able to effectively interact in pairs.

Here you can exclaim, why not pump the S-70 and also make it supersonic? Of course it is possible. But let's ask ourselves the question, how justified is this? The cost of the insured prototype, which is being tested together with the Su-75, is 1,5 billion rubles. According to preliminary estimates, each serially produced "Okhotnik" will cost the customer about 1 billion rubles. Experts believe that after the release of the large series, their cost will decrease by 40-50%. Perhaps. Well, if so, but for a subsonic drone it is a lot of money. Recall that the manufacturer asks for 75-25 million dollars for the promising lightweight fighter of the fifth generation Su-30, then at the current exchange rate it is 1,88 - 2,26 billion rubles.

In other words, for the price of a pair of subsonic "Hunters" you can buy 2 "with a tail" of normal supersonic fighters. If we “pump” the S-70 and make it supersonic, then its price tag will increase accordingly, probably equal to the Su-75. Is the game worth the candle? Let us clarify once again: we are not against the "Okhotnik", this UAV will undoubtedly have a wide niche for use, but, probably, we should not try to mold a "wunderwaffe" out of it, which will simply not be affordable for anyone. This allows us to make an intermediate conclusion that it may not be advisable to make a "true wingman" for a supersonic fighter from the S-70. On the contrary, global trends are such that it is much more promising to make a drone from a full-fledged fighter.

A prototype of a sixth-generation air superiority fighter is currently being tested in the United States. This program is classified, but it is known that the aircraft of the future will have an open architecture, and not only aircraft manufacturing giants, but also new companies can be involved in its production. It is assumed that the plane will be able to operate even in near space, for which it will have to completely redo its power plant. It is also known that the American sixth generation fighter can be optionally piloted, that is, have an unmanned version that will be used as a "faithful wingman". Apparently, the Pentagon is aiming to "confuse the head" of the Chinese and Russian military leaders:

Imagine that every four or five years, the mysterious F-200, F-201, F-202 appear, of which it is only known that this is a real flying plane. Now the enemy must ask the question: what can the new aircraft do in battle? What has been improved? How confident is he that he has the best plane?

They do not sleep in the Old World either. France, Germany and Spain have joined forces to develop their own sixth generation Next Generation Fighter under the Système de combat aérien du futur (SCAF, or FCAS) program. The first violin in the project is played by the Fifth Republic, the only one of these European countries that has all the competencies in the full cycle of production of combat aircraft. The power plant will be developed jointly by the French Safran group and the German MTU Aero Engines.

It has already been shown visually something in between the F-22 and the Su-57. The key difference between the fifth generation and the sixth is the development of unmanned aircraft control systems within the framework of this program.

The British Empire, which broke away from the European Union, strikes back. The British teamed up with the Italians and created Team Tempest to develop their own sixth generation fighter. British companies BAE Systems, MBDA and Rolls Royce, as well as Italy's Leonardo are participating in the project. Launching its own aircraft program was London's answer to Brexit. An original solution can be considered the idea of ​​abandoning instruments in the cockpit, where all data will be displayed on the display inside the pilot's helmet. There is reason to believe that the British will be able to attract Sweden, which has competence in aircraft construction, into their project.

Yes, unmanned capability is also an indispensable feature of the British-Italian sixth generation fighter. In fact, the concept has a lot in common with the Franco-German project.

We can also mention the Japanese project of the next generation fighter NGF (Next Generation Fighter), formerly known as F3 and Future Fighter ("fighter of the future"). In Tokyo, they dream to lure the British BAE Systems or the European Airbus, or even better - the American Lockheed Martin, Boeing and Northrop Grumman to help Mitsubishi Heavy Industries in order to "treat" them to their developments in invisibility and unmanned control technologies.

The foregoing gives us grounds to conclude that creating a drone from a supersonic fighter would be a more rational and cost-effective solution than trying to turn a subsonic UAV into a kind of supersonic fighter. If we provide on this open platform the possibility of vertical, short and horizontal take-off, horizontal and vertical landing, the resulting aircraft, manned or unmanned, will receive a lot of competitive advantages.
Reporterin Yandex News
Reporterin Yandex Zen
25 comments
Information
Dear reader, to leave comments on the publication, you must sign in.