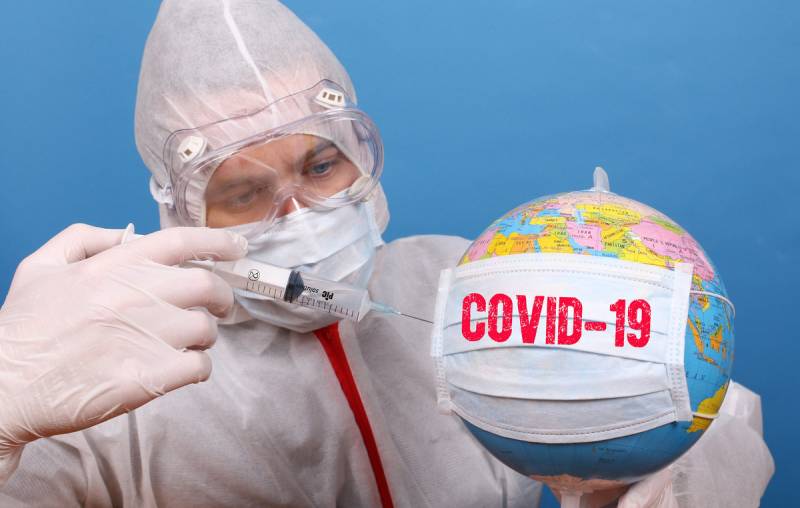 By the beginning of the XNUMXst century, all governments and the UN agreed that humanity faces three main problems - poverty, war and the environment, and made significant, at least in words, efforts to resolve them.

The problem of ecology, that is, the destruction of natural conditions favorable for human life, is also associated with the imperfection of the economic system of most countries, when the tasks of profitability and industrial growth suppress all other factors of social production.

Wars and conflicts are associated with the imperfection of international relations, the insolubility in the current situation of interethnic conflicts, the uneven economic development of countries and the military-political domination of the most developed and wealthy states.

Everything was recorded many times in the speeches of world leaders, in various international resolutions. In reality, all these contradictions were aggravated and caused social unrest. Conflict, both internal and external, only grew, and environmental problems became an arena political games. Humanity has become more and more entangled in the knots of these problems and contradictions. Economic crises, only exacerbating all pain points, followed one after another (2000-2002, 2008-2009, 2014-2016, 2020-?).

Pandemic as a catalyst for social problems

And then a pandemic broke out in 2020. The viral threat was declared almost the main problem of mankind, national governments threw all their efforts to fight it. The socio-economic, cultural, informational, educational policies of states were linked to anti-epidemiological measures, and almost all social problems began to be explained by the pandemic. In most countries, everything happened as a blueprint in the same way, only the nuances differed. In the arena of social life, the old contradiction between the individual and the state, the individual and society, manifested itself in a new, more acute form. Which is more important: people's health or economic growth? What's more important: privacy or infection control? Which is more important: the right to free choice or universal vaccination? Another crisis of confidence in state institutions, official medicine and the economic system has come, in which all the hardships and hardships fall on the shoulders of the people. Fighting the virus more and more resembles an ordinary person fighting against it.

Global economic inequality has worsened even more sharply. The World Bank and the IMF reported almost mockingly in their forecast:

Weak and conflict-affected low-income countries have been hit hardest by the pandemic, and per capita income growth has slowed for at least a decade. Per capita income lost in 2020 will not be fully recovered by 2022 in about two-thirds of emerging market and developing countries, including three-quarters of fragile and conflict-affected low-income countries. By the end of this year, around 100 million people are expected to be in extreme poverty. These negative impacts will be felt most strongly by the most vulnerable groups - women, children, unskilled and unofficial workers. Rising unemployment, high inflation and rising prices will severely deteriorate the quality of life of all people with the lowest incomes.
Of course, from an adequate, scientific point of view, humanity has sufficient resource, production, scientific and technical potential to mobilize the necessary funds and apply tough organizational measures to overcome the problem of this natural disaster. There is no reasonable basis for calculating economic and other losses from a radical fight against a pandemic; human life (and even more so, public health) has long been recognized as the highest value from an ethical and philosophical standpoint. However, the circumstances generated by the specifics of the economic system, fierce competition between states on the world stage and internal social contradictions drive governments, peoples and individuals into a confusion of measures, countermeasures, opposition and protests.

A cartel of pharmaceutical corporations, tech giants, and politicians

As is often the case, there were forces that could "fish well in troubled waters." The pandemic has not become a disaster and a problem for everyone. The pandemic has been used by some of the largest corporations to redistribute markets. The spheres of the economy, in which small and medium-sized businesses are concentrated, have come under extreme pressure, and in some cases, defeat. Lacking large capitals and the possibility of diversification, small-scale business entered a period of ruin, including through the attraction of borrowed bank funds in conditions of maximum uncertainty. In other words, the pandemic has become a catalyst for the monopolization of markets.

But the most interesting thing is that, as during economic crises, states pump up money to the largest banks and corporations, during a pandemic the "finest hour" of the largest pharmaceutical corporations has come. This is especially true of the most developed Western countries, whose corporations claim global total dominance in the drug market. Moreover, they, huddled together in a conglomerate ("a broad coalition of technology and medical companies"), are gradually implementing a program of global registration of citizens through the introduction of immunization passports. Back in 2016-2017, the World Bank, in collaboration with WHO, the Rockefeller Foundation, the Bill and Melinda Gates Foundation, Microsoft and some other handshaking organizations, developed a plan for global digital identification of citizens (Identification for Development initiative). Microsoft, Oracle and Salesforce have already received an order from the US government to develop a digital passport using Apple and Google wallets. It is planned that countries "friendly" to the United States will be involved in this initiative.

Big Pharma has received billions of dollars in tranches from Western governments for the development of vaccines, but at the same time they hide Technology production and determine the price of vaccines, defending solely the interests of their profitability. Governments around the world have bought vaccines for their citizens from Big Pharma, and the IMF has provided the world's largest vaccination subsidy, $ 275 billion, to poorer countries, which will almost certainly end up in Big Pharma's pockets.

Pfizer vaccine sales in 2021 will amount to at least $ 15 billion already based on the concluded deals. Sales of the Moderna vaccine will reach nearly $ 20 billion in 2021, $ 12 billion in 2022 and $ 11,4 billion in 2023, taking into account the principle of continuous revaccination. Over the past year, Moderna shares are up 372%. The governments of the United Kingdom and the United States have paid Pfizer compensation to protect it from legal action in the event of harm from its vaccine.

So, the development of a vaccine in the West was paid for by taxpayers, became the private property of Big Pharma, all profits from vaccination were privatized to it, moreover, there is no economic sense in additional research of side effects.

A kind of cartel of pharmaceutical corporations, technology giants and politicians has emerged, which directly benefits from the pandemic at the expense of society. These are the metamorphoses of a justified and necessary fight against a pandemic, generated by the Western model of a market economy.
Reporterin Yandex News
Reporterin Yandex Zen
19 comments
Information
Dear reader, to leave comments on the publication, you must sign in.