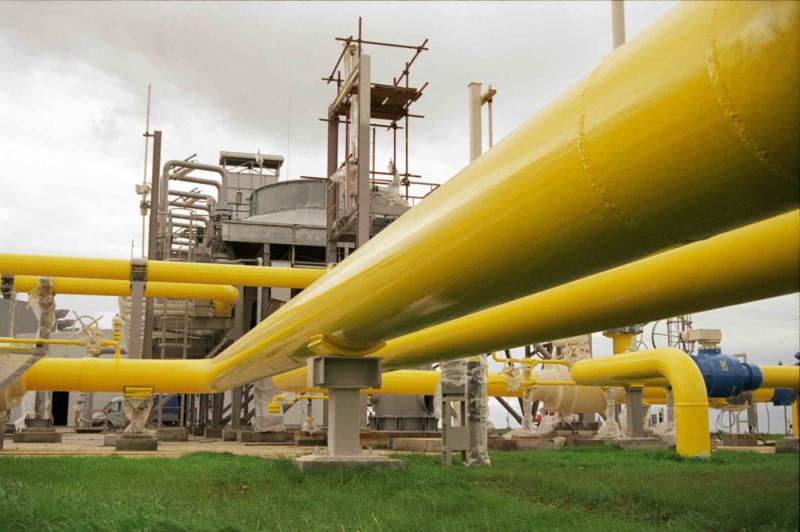 Have you read the title? The states are also familiar with this expression, but do exactly the opposite. They plan not to leave in 2022, but to come to Europe with their LNG and put out the light there, making it prohibitively expensive for the residents of a communal apartment called the EU. As a result, Europeans will soon be unable to afford light. This is Biden's fix idea, with which he has been worn all the time, on which he tried to hook Putin at their June meeting in Geneva. Putin promised to think it over. I thought and did not come either to Rome for the G26, or in Glasgow for the XNUMXth climate summit, which greatly upset the old Biden.


Why is America doing this? I hope you don’t think the States are a villain who crap just because they cannot live differently, how are they trying to expose us in front of the whole world? That would be the simplest explanation, acceptable only to the idiotic Yankees. No, everything is much more complicated here - this whole fucking circus was started for a completely different super task. What exactly became clear at the 26th UN Climate Conference on Climate Change, at which Putin and Comrade Si did not come to Scotland, which greatly upset Comrade. Biden and made this whole climatic circus completely meaningless. What's the point in an action that was ignored by the protagonists?

The task of Biden, who muddied this whole masquerade, was to force the whole world to reduce the demand for electricity in front of the threat of an impending climatic danger, which, allegedly in 40-50 years, could lead our globe to overheating with all the ensuing consequences, such as melting glaciers, raising the level of the World ocean and inundation of most of the earth's land. The fact that this is a stupid primitive divorce, designed for suckers, with the goal of ensuring another 70-100 years of comfortable existence for the United States, which have undertaken the mission of receiving the lion's share of dividends from the carbon tax, which Biden was going to impose on all countries that produce hydrocarbons or use them in one way or another in the production of their final product (for example, smelting steel), it is clear even to a child, if his name is not Greta Thunberg. But what do you order the States, which are accustomed to living well, but faced an unexpected problem, that it is no longer possible to print dollars for this and scatter them around the world, exporting inflation there? It was here that Biden came up with the idea of ​​decarbonization, or in other words, a "green transition" to a carbon-free the economythat does not use in its production cycle e / energy generated by combustion of hydrocarbons. How can this be achieved? The solution was found truly congenial - it is necessary to reduce the demand for it by increasing the cost of electricity from gas and coal generation, equating it in cost with expensive green energy. E / energy should become so expensive that ordinary people and industrialists can no longer afford it in the same volumes, or in other words, it is necessary to make e / energy beyond the affordability of its consumers. And then the invisible hand of the market will itself bring the business started by Biden to its logical end, as a result of which investments in exploration and production of fossil energy resources (in particular, oil and gas) will become economically unprofitable, as a result of which the gas station in Europe will lose the lion's share of its income and, ideally, the ending will cease to exist altogether, disintegrating into molecules (who is our gas station in Europe, have you forgotten yet?). And voila - the idiot's dream has come true! A proud banner of stars and stripes flies over the whole world and it does not matter that the path to this lies through depopulation, de-industrialization and energy poverty.

"And whoever disagrees, we will turn off the gas!" - as the heroine of Nonna Mordyukova said in the famous film. In other words, whoever does not agree to play by Biden's rules in decarbonizing the economy and "green transition", the punitive protective duties on its environmentally harmful products produced using hydrocarbons are complete obstruction and ignore. Where will he go from planet Earth? Let him supply his products to Mars. She has no place on a green planet! As a result, he will bend himself to the joy of the hegemon. A place in the sun on planet Earth for just one. Bolivar will not stand two, let alone three (I hope, it is clear who we are talking about here? Beijing and Moscow, according to the hegemon's plan, are superfluous).

If you don’t want it in a bad way, it will be worse in an amicable way!
But Biden, unfortunately, is not Trump. Therefore, additional tools are used to solve a local problem. There are many of them in Washington's arsenal. But there is the simplest and cheapest one. You guessed it right - this is Ukraine. Right now, the good-natured Joe people are equipping her on her last journey, tying a suicide bomber with a belt and pointing the way to Donetsk. Under the Russian tanks, according to Washington's plan, their Ukrainian non-brothers should perish. And it’s not a pity, there is enough of this good in Ukraine. The best wars are those waged by someone else's hands. In these matters, the Anglo-Saxons are masters. How much can you feed a Ukrainian boar? Chekhov also said:

If a gun hangs on the wall in Act 1, then in Act 4 it must necessarily fire.
Now you are watching, just the end of the 3rd act. 4th is scheduled for January 2022. And it does not matter at all that it is Ukraine that will attack the Donbass first, the whole world will learn from the most unfavorable democratic media that it was Russia who unleashed the massacre there. It's not for nothing that they have been raping our brain for a month with information about the pulling together of Russian troops to the borders. Square... Putin is like that - he cannot live without Ukraine. What can I say? A sick man! Imperial!

The task facing Biden is extremely simple - he needs to declare the Russian Federation an aggressor and an outcast, include all possible sanctions and restrictions, cut off all flows, including the Ukrainian and Polish routes (only Turkish and Blue to Turkey will remain). As a result, Europe will remain without gas, prices for it, having taken off like a candle, will break through the ceiling at 3, and 4, and 5 thousand dollars per thousand. cubes, which in a matter of days will equalize gas power generation with green, which will make the latter uncontested. Voila! The American Dream has come true. Hello green new world and carbon tax! Another 100 years of American domination. What's a bad plan?

Before you criticize him, I want to say a few words in defense of this idea. Contrary to popular belief that the First World War began because the young imperialist predator Germany, who was late for the division of the world colonial pie and demanding a revision of the status quo existing at that time, rudely and shamelessly unleashed it, taking advantage of the Sarajevo shot of the Bosnian Serb bomber Gavrilo Princip, who cut off the lives of the heir to the Austro-Hungarian throne, Archduke Ferdinand and his morganatic wife Sophia Chotek, in fact, everything was a little different. This war was not unleashed by Germany, but by Britain. Germany simply could not come to terms with the fact that the ruler of the seas at that time Britain controlled the entire world water area and 25% of its land with the help of her navy, and was unable to compete with her cruisers and battleships at sea began to build a transcontinental railway from north to south, known as Baghdad Ban, designed to connect the Baltic Sea with the Red Sea bypassing the Suez Canal along the route Hamburg-Berlin-Vienna-Sofia-Istanbul-Baghdad-Cairo-Basra-Persian Sea ports (now this sea is called the Red Sea) ... The emergence of this route would break the existing sea trade logistics flows in favor of the capitals listed above and make London nervously smoke bamboo, watching the German, Ottoman and Austro-Hungarian empires grow fat with the Bulgarian kingdom that joined them, and nothing about it. could do about it - his entire magnificent fleet on land was completely useless.

How it all ended, you know - the death of 10 million people and the disappearance from the world political cards of four empires (in addition to those listed above, through the efforts of the Germans who paid for the revolution in Russia, the Russian Empire, which fought on the side of the Entente, also disappeared). Only London and Paris benefited from this, as well as the USA that joined them. The consequence of the fact that Germany did not come to terms with its defeat was the Second World War (but this is a completely different story). In this whole story, we are only interested in the logistics that rules the world.

I hope now it becomes clear why the States, with perseverance worthy of better use, are fighting against Nord Stream 2, as well as against all streams connecting the West and East, Russia and Europe by land (the Chinese New Silk Road can also be here ascribe).

And if for the implementation of these plans it is necessary to extinguish the light in Europe, then Biden will do it without hesitation. If at the same time such a territorial misunderstanding as Ukraine disappears from the political map of the world, then this is not a question at all. This is her fate! What the hell is Ukraine when the existence and prosperity of the United States is at stake ?! Don't make me laugh, gentlemen, I beg you.
Reporterin Yandex News
Reporterin Yandex Zen
8 comments
Information
Dear reader, to leave comments on the publication, you must sign in.