War for the islands: why does Russia need TAVRK and UDC in the Pacific Fleet 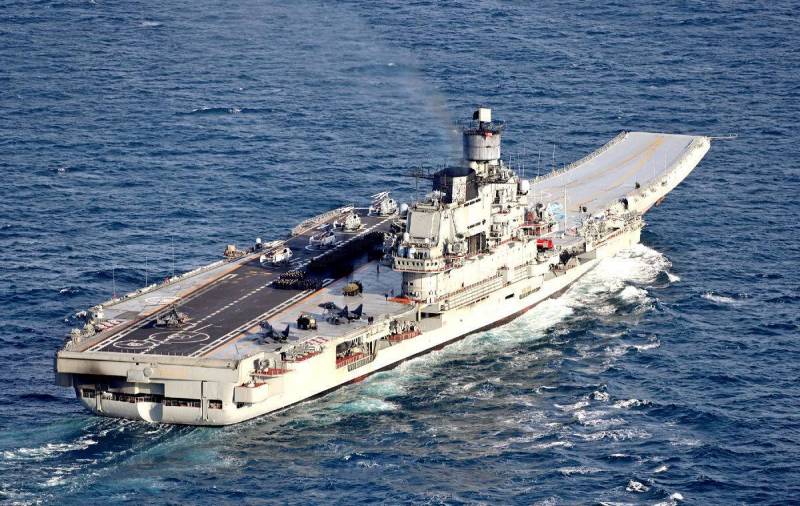 A while ago we concerned the possible further fate of the last Russian aircraft carrier "Admiral Kuznetsov" after the completion of the repair, suggesting that it would be expedient to transfer it to the Pacific Ocean. This was done in passing, therefore it is necessary to explain in detail why the TAVRK is really needed as part of the KTOF. After all, it is our Pacific people with a nonzero probability that it may be necessary to actually fight with opponents that are many times larger than it.


I mean, of course, Japan. This country did not accept the loss of the Kuriles, and the question of their return became a national idea there. After the introduction of amendments to the Basic Law of the Russian Federation in 2020 prohibiting the alienation of Russian territories, there is no longer any opportunity to peacefully settle this fundamental issue.

At the same time, it is especially annoying that Tokyo really has all the possibilities to seize and hold the Kuril Islands almost without hindrance. The Japanese Maritime Self-Defense Forces have 29 destroyers, as well as 10 URO destroyers, 6 frigates and 21 diesel-electric submarines. In addition, the Japanese converted two of their Izumo-class "destroyer-helicopter carriers" with a total displacement of 27 thousand tons into light aircraft carriers. Each can carry up to 28 aircraft, including up to 20 F-35B short takeoff and vertical landing (SCVVL) aircraft. In other words, Tokyo can form 2 carrier strike groups (AUG) or 1 carrier strike force (AUS), which will provide the Japanese fleet with complete air supremacy.

Also, the Land of the Rising Sun has several landing ships that can be used to capture the islands, and numerous modern anti-submarine aircraft. By the way, the Japanese have excellent modern means of fighting submarines (of course, ours). In addition, Tokyo has a large support fleet for landing and subsequent resupply.

Alas, but in reality we have little to oppose this naval power. There are only a few large surface ships at KTOF. This is the old missile cruiser "Varyag", the flagship that needs modernization for a long time, one old destroyer of the "Sarych" project, 3 BODs of the project 1155 and another frigate "Marshal Shaposhnikov", which became such after modernization from a large anti-submarine ship. That's all that poses a kind of threat from surface ships, the rest is trifles, like corvettes and missile boats, suitable for operations in the near sea zone. There are also 4 old large amphibious assault ships that know how to land troops directly ashore, in the tradition of landing in Normandy. Remember how the Germans met the allies then. Today, instead of a large landing ship for the implementation of such tasks, the UDC is much more relevant, but so far there is not a single one in the Russian Navy.

Yes, there is still quite an impressive submarine at KTOF, including SSBNs, which, if ordered, can wipe Japan off the face of the Earth. But will such a categorical order be issued? The paradox is that Russia can easily destroy Japan with strategic nuclear weapons, but is unable to defeat it by conventional conventional means. And it can play a very bad joke with us.

The Japanese can block the straits with the help of their aircraft carrier strike forces, their carrier-based fighters will not allow Russian ASW aircraft to operate, while covering their own powerful anti-submarine aircraft. Surface ships URO at KTOF in the literal sense of the word, one or two and missed. Its air defense will not be able to withstand a simultaneous missile and air strike. Let's call a spade a spade - this is Tsushima-2.

What can change the appearance of "Admiral Kuznetsov" in the Pacific Fleet? Quite a lot.

The heavy aircraft carrier is capable of carrying up to 24 helicopters and up to 28 aircraft. Helicopters are either anti-submarine Ka-27P, or shock Ka-52K, or strike landing Ka-29. Also, the air group may include Ka-31 (Ka-35) AWACS helicopters, which will perform reconnaissance functions and provide target designation data for Russian cruise, anti-ship and promising hypersonic missiles. Depending on the task at hand, "Admiral Kuznetsov" can be used to strengthen the anti-submarine warfare system or for air support for the landing on the islands.

In addition, let's not forget about his carrier-based aircraft. TAVRK carries light MiG-29K fighters and heavy Su-33 fighters. Despite the fact that these are not the newest aircraft, they can really set the heat on the Japanese F-35B SCVVP, which have weaker tactical and technical characteristics. In other words, only one heavy aircraft-carrying missile cruiser is able to nullify the total Japanese air superiority in the event of a potential conflict over the islands.

Undoubtedly, the TAVRK itself needs cover. To strengthen his order, it is necessary to deeply modernize all existing large surface ships KTOF, equip them with modern missile weapons and air defense systems. In addition, from 2023, the Russian Pacific Fleet will strengthen the first frigate of Project 22350 "Admiral Amelko". By the end of 2025, it is planned to send two more ultra-modern frigates of this series there. According to the statement of the Commander-in-Chief of the Navy, Admiral Nikolai Evmenov, KTOF will receive the latest UDC:

The surface component of the Pacific Fleet will be strengthened by the ongoing serial construction of Project 20380 and 20385 corvettes, Project 22350 frigates, and Project 22800 small missile ships.
Obviously, we are talking about the universal landing ship of project 23900 "Ivan Rogov", since its counterpart in the Mitrofan Moskalenko series will become the flagship of the Black Sea Fleet. The UDC deck will be able to accommodate 16 helicopters, anti-submarine or attack helicopters, which will also enhance the capabilities of the KTOF anti-submarine warfare against numerous Japanese diesel-electric submarines. In the worst case, the UDC can be used in conjunction with the TAVRK during the operation to liberate the captured islands. In any case, the RF Ministry of Defense must demonstrate to the "Japanese partners" the existence of such a possibility.

The foregoing allows us to conclude that "Admiral Kuznetsov" is really needed no longer in the Northern, but in the Pacific Fleet of the Russian Federation, where it is necessary to prepare the appropriate infrastructure for him and "Ivan Rogov" in advance.
Reporterin Yandex News
Reporterin Yandex Zen
39 comments
Information
Dear reader, to leave comments on the publication, you must sign in.