Tighter control over the Internet: Russia remains extremely dependent on the United States 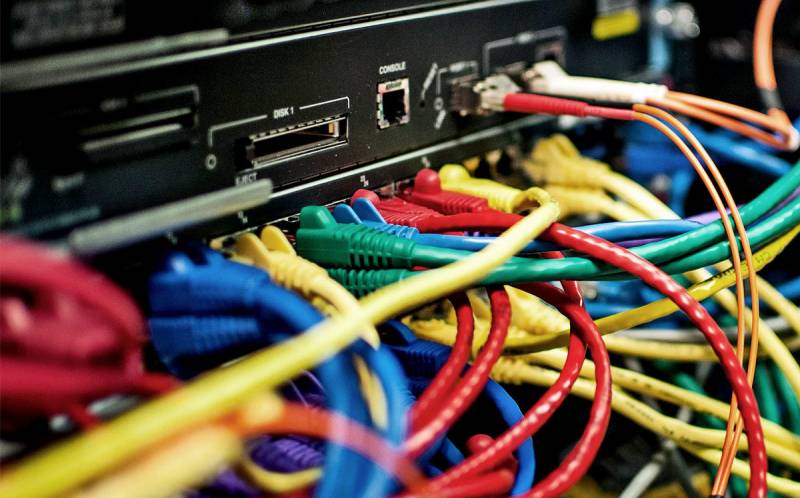 The Russian government has obliged Google, Apple, Meta (Facebook, Instagram, WhatsApp), Twitter, TikTok, Telegram, Zoom, Viber, Discort, Twitch, etc. to open offices in our country so that the regulatory influence of the state in the Internet sphere becomes more effective. If they refuse, the RKN threatens with a ban on advertising, accepting payments, slowing down and even blocking it in Russia.


The network space in modern countries is becoming the dominant element of public consciousness. Technology in fact, instantaneous computer communication has created a new, extremely dynamic material environment of social life. The Internet serves as a place and tool for communication, entertainment, education, coordination. Becomes an important part of social production.

With socialpolitical From the point of view, the Internet has become an unprecedented means of realizing freedom of speech, propaganda and agitation. The Twitter revolution in Moldova (2009), the Arab spring (2011), the Maidan (2013–2014), the attempted coup in Belarus in 2020 and other similar events indicate that the Internet is widely used to organize “color revolutions”. In this regard, they are increasingly talking about the need for digital sovereignty and protection from external interference.

This, first of all, casts doubt on the democratic theory of state power, according to which the citizens of the country delegate power to the deputies and the head of state through a meaningful, reasonable choice of competent managers. What is American democracy worth if it is afraid of "troll factories", news agencies and videos from Russia, China, Iran and even North Korea? If an American voter is so stupid that his choice can be influenced by some people hundreds of thousands of kilometers away, then where is the guarantee that he is generally capable of making a reasonable decision? The same applies to other countries, the peoples of which their native authorities seek to protect from political influence from outside.

The situation with the suppression of "harmful information", be it the "jammers" of Radio Liberty and the BBC in the Soviet years, the bans of Russia Today accounts in Europe and America, or attempts to pressure the pro-Western media in Russia today, clearly shows, on the one hand, the fragility of communication people and power, on the other hand, is the hypocrisy of the very principle of elections to government bodies. If the formation of power is based on trust in the choice of citizens, why does nothing remain of this trust when it comes to full and free access of people to any information?

The fact is that in real, bumpy life, everything is somewhat more complicated than in the smooth theories of state and law of highly respected theorists and academics. Unfortunately, so far there is not a single people on the planet who could intelligently single out the most competent managers from their midst and give them power over themselves in order to implement the progressive development of society for the benefit of all. And those who are familiar with history are well aware that the state as a social institution did not arise at all on the basis of a “social contract”. Therefore, democracy is the least objectionable system of procedures for the formation of the apparatus of power, but no more. And how these procedures will be used, in whose interests the authorities will act, does not depend on the "purity" and "correctness" of democracy.

Something similar can be said about the Internet in general. This technology of communication between people and the formation of an array of easily accessible information data is simply dizzying in its positive potential. It greatly accelerates many social processes, simplifies the performance of many socially significant functions. But the real Internet is mostly a garbage dump of pornography, ads, anti-scientific nonsense and low-quality entertainment. According to some reports, up to half of the total network disk space is occupied by porn, and the other half, apparently, are empty videos and photos of social networks. That is, humanity has invented a wonderful technology, and uses it in its stupidity primitively, according to base needs and bad tastes. Which, by the way, shows the inconsistency of the ideology of technocrats who believe that the development of technology can drastically change the content of social relations.

Obviously, under the plausible demand of the RKN for Western Internet giants to comply with Russian laws, there is a political meaning to control information flows. It is necessary to reduce the influence of Western liberal propaganda primarily because it is aimed at supporting destructive forces within Russia. And their destructiveness is not expressed in the fact that they are against Putin. The point is different. Implementation of the pro-Western political and ultra-market economic programs of the liberal opposition will lead to the final loss of sovereignty, social disaster and the collapse of the country. Ordinary people are indifferent to the interests of the oligarchy, no matter what country it belongs to, but they should not be indifferent to the socio-economic conditions in which they live. And all these liberal "friends of the people" under the guise of de-Sovietization, de-bureaucratization and de-Putinization will crush the state, sell state property to foreign corporations and take loans from the IMF, depriving people of even the minimal social support that they currently have. Russia will return to the era of the 90s.

In all countries of the world, freedom of speech ends where state and public interests begin. Absolute freedom of speech occurs only in short historical periods, when the country has lost its sovereignty, and society is in a state of ruin and chaos.

Models of government control over the Internet

The principles of Internet control in the West are well known. There, this control is mainly of a corporate nature. Giant companies control the largest Internet sites, preventing new ones from developing (they buy up growing services and sites), and carry out ideological censorship in various ways, conduct propaganda.

The principle of control over the Internet in China is well known, where the state has built a “digital wall” and blocks Western services and websites.

The most radical version of North Korea is also well known, which has completely fenced itself off from the World Wide Web and is content with its national network.

If we talk about the republics of the former USSR, it is interesting that a liberal approach to the Internet is observed in the most pro-Western and economically backward countries - Armenia, Moldova, Georgia. In Kyrgyzstan, until 2021, the state also did not actually regulate the Internet, however, on August 23, S. Japarov signed the law "On Protection from Inaccurate Information", which prescribes the deanonymization of Internet users, as well as blocking sites without a court decision if false information is noticed there. This happened, among other things, under the influence of Russia, when Kyrgyzstan joined the model law "On the Basics of Internet Regulation" of the CIS countries.

The pro-Western, practically puppet government of Ukraine does not so much control the Internet as it has unleashed a network war against Russian resources and Russian-speaking citizens of its country. On March 11, 2021, Zelenskiy signed a decree on the creation of the Center for Countering Disinformation, which is designed to unite all government services involved in conducting public policy on the Internet. On March 31, 2021, another "Center for Strategic Communications and Information Security" was created under the Ministry of Culture and Information Policy, the purpose of which is "to increase the resilience of society to hybrid information influence." And on October 15, 2021, the Ukrainian government adopted the "Information Security Strategy", which provides for the possibility of closing the media outlets, blocking resources and, in general, aimed at combating "anti-government views."

A tougher approach to Internet control is observed in Belarus and Turkmenistan.

There are only two companies in Belarus, both state-owned, that control access to the World Wide Web, and, if necessary, they easily restrict it. For the rest, the state is blocking various resources in a targeted manner, however, a subscription in social networks to a channel recognized by the Ministry of Internal Affairs as extremist is a sufficient basis for conducting investigative actions.

In Turkmenistan, universal access to the Internet became possible only after the death of S. Niyazov. The main act that regulates the Internet is the law "On legal regulation of the development of the Internet and the provision of Internet services in Turkmenistan", adopted in 2014. It restricts children's access to the promotion of drugs, alcohol, tobacco, denial of family values, disrespect for parents, unlawful behavior, foul language and pornography. The law also establishes responsibility for insult or slander against the president, calls for a violent change in the constitutional order, propaganda of war, violence, racial, ethnic and religious hatred.

Destructive political influence via the Internet from the outside is a trademark of the United States, because American ideology dominates the world wide web. Once V.V. Putin said the Internet originated as a CIA project. It is difficult to say about the very idea of ​​the World Wide Web, but the technologies that today form the basis for the work of the network were indeed often created by order of American government agencies. Thus, the development of the TCP / IP protocols was funded by the Office of Advanced Research Projects of the US Department of Defense. The domain name and IP address management company until 2016 was accountable to the US Department of Commerce. Together with the conquered technological leadership, intra-network leadership came, a situation of a kind of digital colonialism was formed. American intelligence agencies control all data flows through the network infrastructure, digital devices, data centers, and so on. US digital leadership is being actively used to suppress political and economic competition.

Today, almost all countries are aware of the need to digitize society, but not all have the financial, scientific and technical resources for this. In this sense, the example of China is noteworthy, which not only built and strengthens the "Great Firewall" of China, but also consistently builds its "kitnet". UNCTAD's 2021 conference report said the US and China account for “half of the world's hyperscale data centers, the fastest 5G adoption in the world, 94% of all AI start-up funding over the past five years, 70% of leading AI scientists in the world and almost 90% of the market capitalization of the world's tech giants. "

Thus, the world has two digital centers, two global Internet platforms. Europe, under the influence of the United States, only in 2020 began to think about its own digital destiny. Thus, the EU Commissioner for the Internal Market Burton said:

In the face of a technological war between the US and China, Europe must lay the foundations of its sovereignty for the next 20 years.
Is it too late?

Russia, sluggishly shielding itself from external threats, is extremely dependent on the United States in matters of the Internet and does not have technological digital parity with either the United States or China. All that remains is either to use the American infrastructure and technologies, gradually trying to at least enter the "straight line" of digital sovereignty, or to join China. However, both scenarios imply an inevitable increase in state control over the network space.
Reporterin Yandex News
Reporterin Yandex Zen
4 comments
Information
Dear reader, to leave comments on the publication, you must sign in.