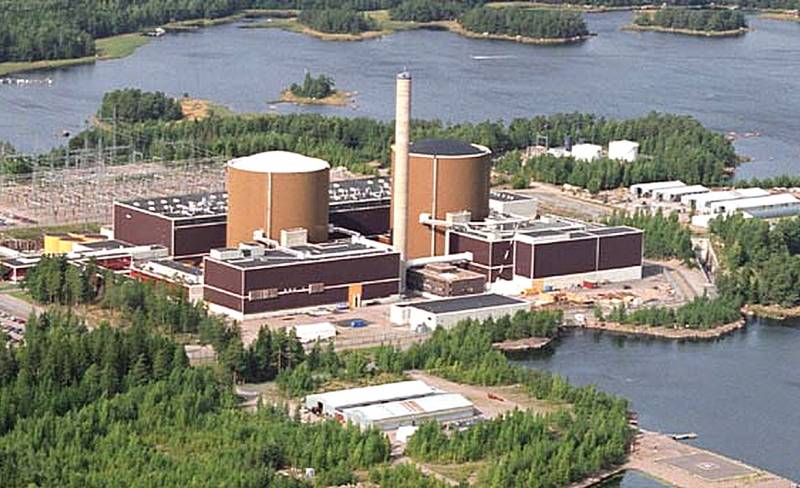 According to Russian ecologists, St. Petersburg, and at the same time the entire Baltic region, is threatened by a real "atomic bomb". We are talking about the Finnish nuclear power plant "Loviisa", located on the opposite coast of the Gulf of Finland from our northern capital. The so-called "environmentalists" demand from Helsinki not to extend the operating life of the nuclear power plant, otherwise they predict a radiation catastrophe. At the same time, the Russian “Kola” nuclear power plant, as well as the Baltic nuclear power plant projected in the Kaliningrad region, may fall under the “atomic blow”. What are the Greenpeace members really trying to achieve?


A few days ago, Greenpeace Russia, Friends of the Baltic and a number of other private environmental organizations issued a joint appeal, not to the IAEA, but to the Finnish government, with an appeal not to extend the operating life of the Loviisa nuclear power plant, located just 90 kilometers from Helsinki and 230 kilometers from St. Petersburg:

The NPP is located on the shores of the Baltic Sea, in case of accidents, pollution of the water area is inevitable. In the case of the most severe accidents, the territory of Russia, in particular St. Petersburg, may be subject to pollution.
Apparently, parallels are drawn here with the Japanese nuclear power plant "Fukushima-1", which, many years after the accident, continues to cause damage to the environment. Maybe it’s really not worth putting the Gulf of Finland at risk, and with it the entire Baltic region? By the way, domestic ecologists make exactly the same claims to the Russian NPP Kolskaya. Let's figure it out.

The fact is that both Kolskaya and Loviisa were built according to the same design and use Soviet VVER-440/213 with a nominal electrical power of 440 MW. The total capacity of the Finnish NPP is 1062 MW, the Kola NPP - 1760 MW. Loviisa was designed by the Leningrad branch of VGNIPKII Atomenergoproekt, built by Finnish firms, but the American company Westinghouse and the West German Siemens also participated in the project. This combination of Soviet and Western of technologies allowed to informally name the project "Eastinghouse". The power plant was successfully commissioned in 1977.

Compliance with all safety standards is strictly monitored by the Finnish regulatory body STUK (Center for Radiation and Nuclear Safety). The nuclear power plant owner, Fortum, has hired the British Rolls Royce to supply specialized equipment. This made it possible to increase the design capacity and extend the service life of the power units until 2027 and 2030, respectively, instead of 2007 and 2010. Recall that according to the initial technical specifications, the nuclear power plant was supposed to operate for only 30 years. But now the Finnish energy company plans to once again extend the life of its power units to 2047 and 2050, respectively. In other words, the nuclear power plant will then operate for 70 years against the originally allotted 30 years.

It was the last decision that angered Russian environmental activists, who demand from the country's authorities not to allow the extension, which, in their opinion, could pose a threat to the Baltic. Caring for the safety of people and nature is certainly good, but a number of questions arise. Why, for example, did the Finnish environmental activists not show solidarity with the Russian Greenpeace? After all, the nuclear power plant is located just 90 kilometers from Helsinki. Why do our Greenpeace people completely distrust the competence of STUK, which is known for its draconian attitude to safety standards? And why do domestic ecologists send letters not to the IAEA, which should issue conclusions on the safety of nuclear power plants, but to the Finnish authorities, immediately translating the question into political plane?

Yes, Loviisa gives 10% of the entire energy balance of Finland, it is extremely unprofitable to turn it off, but will the authorities of the country, located only 90 kilometers from the nuclear power plant, begin to plant an “atomic bomb” under themselves? The practice of extending the service life of power units makes it possible to bring this figure through overhaul and modernization to 60 years, and the United States is thinking about 80 years. Is there something else in Greenpeace's concern besides environmental concerns?

Let us note that the most severe energy crisis in history is taking place in the European Union right now. A dozen countries led by France have officially spoken out in favor of keeping nuclear power plants in service, and Paris is planning to start building new nuclear power plants. An attempt is underway to convince Brussels that nuclear energy is also one of the "green" ones, which is formally correct, since the operation of a nuclear power plant practically does not emit carbon dioxide greenhouse gas. However, they are opposed by a powerful lobbying group, claiming that the key to the "brave new world" is exclusively renewable sources (RES): wind, sun, biofuels and tides. Nuclear power plants, with their cheap electricity, have no place in the picture of this new world.

Perhaps that is why the so-called "environmentalists" began to attack the age-old Finnish "Loviisa", and at the same time on our "Kola" nuclear power plant. A specific informational background is created, where there is an impact not so much on the mind as on emotions. Greenpeace officials are unambiguously scaring the transformation of the Finnish nuclear power plant into Fukushima-2, and this may even have an effect on many. By the way, then the construction of a promising Baltic nuclear power plant in the Kaliningrad region may face a host of new difficulties. The question is, whose interests are served by Russian "environmentalists", residents of the region, or those who in any way push the "green" agenda?
Reporterin Yandex News
Reporterin Yandex Zen
10 comments
Information
Dear reader, to leave comments on the publication, you must sign in.